How to polish a turd

Will lobbyists and Band-Aids be enough to save Morro Bay's and Cayucos' sewer project? 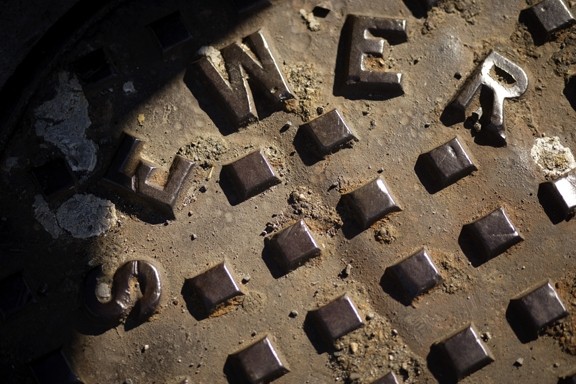 Plan A was to build a 21st century sewer for Morro Bay and Cayucos and get state regulators off of their backs. That didn’t go so well when other state regulators pointed to problems with the project design.

So Plan B is to butter up state regulators with the help of a high-priced lobbyist who can wine and dine the project into approval.

And, if all else fails, Plan C is to just change the project, slap on some industrial Band-Aids, and hope to eke out another few years with the current system.

During a Feb. 10 meeting of the Morro Bay/Cayucos Joint Powers Authority (JPA)—a board comprising the Morro Bay City Council, Cayucos Sanitary District Board of Directors, and a handful of lawyers, planners, and advisors—the team tasked with fixing the existing, aged wastewater treatment plant decided to take a two-pronged approach to deal with fairly serious issues facing the proposal they’ve sent to state officials. They decided to hire a lobbyist for $12,500 to assess their project, and, if all goes well, expand the contract out monthly with a maximum payout somewhere around $130,000. Local officials are also casually exploring other design options for a new and/or upgraded sewer that could get them through in the short-term.

But on a fundamental level—with 14 appeals of the current design sitting in the lap of the California Coastal Commission, significant concerns from Coastal Commission staffers themselves, and a ticking regulatory time bomb in the form of the Central Coast Regional Water Quality Control Board—the project Morro Bay and Cayucos officials have before them appears to be quite thoroughly crippled.

“I think we’re being forced to take the plan we have and I’d like to say put a Band-Aid on it,” said JPA President Robert Enns.

In one of those rare displays of political honesty, board members seemed to accept that they were hiring a lobbyist to schmooze California coastal commissioners. Cayucos Sanitary District Counsel Tim Carmel outlined that he wasn’t even totally sure how lobbyists do whatever it is they do, referring to the job as “soft work” that often takes place over colloquial chats at meals or over drinks.

“It’s a necessary evil,” Carmel said (a sentiment later repeated by Morro Bay City Councilman George Leage). “They’re extremely expensive. … It’s very helpful when you see the mountain that’s building in front of you to have someone that’s been there and done that.”

Cayucos Sanitary District Board Member Michael Foster and some public speakers interpreted the suggestion as a way to buy the communities’ way through the Coastal Commission.

On an 8-2 vote (Foster and Morro Bay Councilman Noah Smukler voted no), the board elected to hire Susan McCabe to conduct a $12,500 prognosis of the current project—essentially give a report on whether and how it might survive its appeal at the state level. McCabe, a former coastal commissioner-turned-lobbyist, however, was recently let go from a contract with San Diego after e-mails surfaced showing her boasting how she had been “spoon feeding” one coastal commissioner information for that city’s project, according to the LA Times. On July 9, 2010, Port of San Diego Chairman of the Board Robert “Dukie” Valderrama wrote an apology letter to the Coastal Commission for e-mails in which McCabe described how she had secured commissioner votes.

“I, and everyone else at the Port of San Diego, were appalled by what Ms. McCabe wrote,” Valderrama said in his letter.

Local Project Manager Dennis Delzeit was unaware of the controversy when first contacted by New Times, but said he would coordinate with representatives from both communities. In a prepared statement to New Times, McCabe said: “During the course of the negotiations [with the Coastal Commission] I made remarks in internal e-mails to the Port [of San Diego] staff that I regret. I have addressed this matter privately with those involved, have learned from the experience, and have put the matter behind me. Since that time, I have successfully represented a number of clients on matters before the Coastal Commission.”

A little history on the local project:

• Morro Bay and Cayucos are under the gun of the Central Coast Regional Water Quality Control Board to reach full secondary treatment of wastewater coming out of the treatment plant by March 2014.

• Officials decided to go beyond requirements and provide full secondary treatment along with tertiary and some water reclamation rather than dumping all water into the ocean.

• California Coastal Commissioners sent a 12-page letter outlining concerns to local officials that the existing design—drafted by local officials and the global firm Montgomery Watson Harza under a $2.7 million contract—violates the Local Coastal Program, primarily because no alternative sites were reviewed and the current site is in a 100-year flood plain.

“We want the upgrade to be done timely but not hastily,” said Sarah Damron of Surfrider. “So essentially we don’t want quality to be sacrificed in the name of expediency.”

Facing such problems, project heads are considering a redesign, but in doing so would shoot for a project that meets the Water Board requirements minimally, without triggering Coastal Commission jurisdictional power. Though no costs were outlined—and JPA directors elected to hold off on any actual work until the Coastal Commission either sides with or against the appeal—Montgomery Watson Harza and Carollo Engineers have been tasked with exploring a new design, if needed. But what some officials called a Plan B, others said was a Band-Aid—essentially just enough of a fix to get the Water Board off their backs for a few years and kick the project down the road, where it will face the same problems with the added bonus of more money spent to get local officials out of trouble now.

“What we need is this information to make the decision on the most expensive project that’s ever been presented to our town,” said Morro Bay City Council’s Smukler, asking that the JPA look for alternative sites for the facility. “We’re setting ourselves up to be double spending on a project.”