Singer-songwriter Gregory Alan Isakov has one of those voices that is immediately arresting—it can be high and lilting or intimate and inviting. Vic Chesnutt comes to mind, though Isakov lists Leonard Cohen, Kelly Joe Phelps, and Bruce Springsteen as influences. This Saturday, Oct.13, he plays a Numbskull and Good Medicine Presents show at the Fremont Theater (9 p.m.; all ages; $28 to $40 at Boo Boo's and eventbrite.com), with Wild Reeds opening. 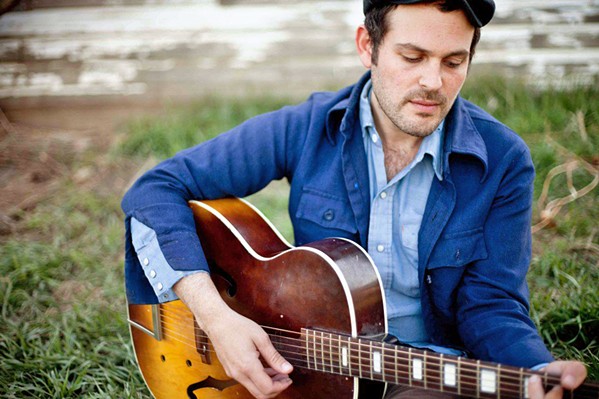 Born in Johannesburg, South Africa, he and his family immigrated to Philadelphia when he was 7 years old. His debut, Rust Colored Stones, was self-released in 2003, followed by Songs for October (2005), The Empty Northern Hemisphere (2007), and The Weatherman (2013). The album to buy, however, is Gregory Alan Isakov with the Colorado Symphony, which collected 11 earlier songs—it's magic!

He's currently touring in support of Evening Machines, another great collection of introspective indie folk tunes. Currently residing in Boulder, Colorado, he keeps busy when he's not writing or touring as "a full-time farmer who sells vegetable seeds and grows various market crops on his 3-acre farm," according to his press materials.

"I switch gears a lot," he said. "I wake up really early in the growing season, and then in the winters, I'm up all night. I'm constantly moving back and forth."

His recording studio is in a barn on his farm where his musical friends store their gear and play together often.

"Sometimes I couldn't sleep, so I'd walk into the studio and work really hard into the night," he said. "A lot of times I would find myself in the light of all these VU meters and the tape machine glow, so that's where the title came from. I recorded mostly at night, when I wasn't working in the gardens. It doesn't matter if it's summer or winter, morning or afternoon, this music always feels like evening to me."

The instrumentation on the new album is sparse, which makes the songs seem even more intimate, though you can also hear past the hushed acoustic guitar and piano "distant electric guitars, keyboards, pedal steel, saw, percussion, strings, banjo, and some electronic drums."

At the heart of it all are his words and melodies, indelibly tender and thoughtful.

"Writing songs is this delicate balance," he said. "My process has never been to start out saying, 'I want to write a song about this. This is an important issue—or this is an important emotion that I'm going through—and I need to write a song about it.' That has never happened; it's never been part of my process. But you need to have a spark of all those, something visceral and something tangible as well to make something that sings well. Words have so much power on their own."

This ought to be a terrific show.

Also this week from Numbskull and Good Medicine Presents comes Israel Nash at The Siren as part of his Lifted Tour 2018 on Thursday, Oct. 11 (7 p.m.; 21-and-older; $10 presale at Boo Boo's and ticketfly.com or $12 at the door). Expect swirling, dreamy hippie rock tracks.

On Friday, Oct. 12, Ozomatli plays The Siren (7:30 p.m.; 21-and-older; $25 presale at Boo Boo's and ticketfly.com or $30 at the door). Traffic Records proprietor Manuel Barba will open the show with a DJ set. "This band could not have happened anywhere else but LA," saxophonist and clarinetist Ulises Bella said in press materials. "Man, the tension of it, the multiculturalism of it. LA is like, we're bonded by bridges."

On Saturday, Oct. 13, AC/DC tribute act High Voltage plays The Siren (8 p.m.; 21-and-older; $13 presale at ticketfly.com or $15 at the door). These guys rock it! Very credible interpretations of the hits of rock's biggest act! 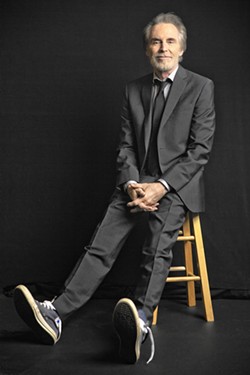 If you like the music of the Eagles, Linda Ronstadt, and Roy Orbison, you probably like the songs of JD Souther, who's written hits for all of them. Enjoy an evening with the man himself on Wednesday, Oct. 17, at the Fremont (8 p.m.; 16-and-older; $30.83 to $42.56 at Boo Boo's or fremontslo.com). The Grammy-nominated performer has also penned songs for James Taylor, Don Henley, George Strait, Trisha Yearwood, and Brooks and Dunn, leading to his induction into the Songwriter's Hall of Fame in 2013. This guy's the real deal.

Also, reggae artist Hirie will make a stop at SLO Brew downtown on her second annual "Woman Comes First" tour with Tenelle and Lowtops opening this Thursday, Oct. 11 (7 p.m.; 18-and-older; $17 at slobrew.com). Expect "powerful energy and [a] light-hearted ambience," according to her bio. 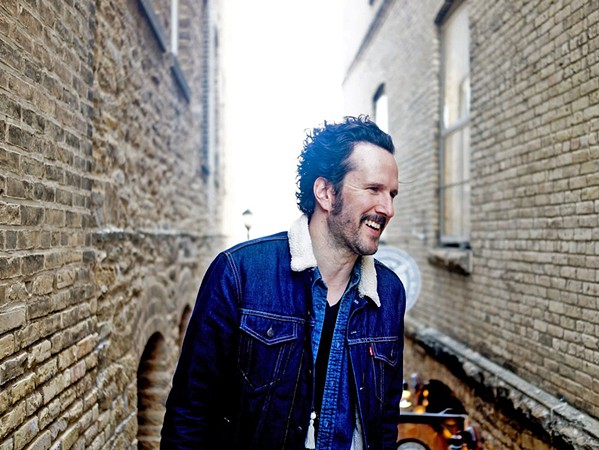 Mason Jennings plays SLO Brew's downtown location this Wednesday, Oct. 17 (10 p.m.; 18-and-older; $20 presale at Boo Boo's and slobrew.com). He recalled his early foray into songwriting in press materials: "I was living out at a farm for a month and walking through some old woods on the property every day. There was a river. And each day an owl would come find me, and then perch above me, day or night. I saw lots of snakes. Songs just came to me there. They were coming in so fast they just about took my head off. It was unlike anything I've experienced before."

Neo-folk artist Easton Everett plays the Morro Bay Wine Seller this Friday, Oct. 12 (7 to 10 p.m.). He's got a warm, breezy style and some crafty songwriting in the folk, blues, country, and jazz genres. After starting on trumpet as a 10-year-old, he began singing at 12 and playing bass and guitar at 14. In addition to his solo work, he fronts the alt-rock band Moset Bravo. Música Del Río has another house concert lined up this Saturday, Oct. 13, with Ryanhood (7:30 p.m.; all ages; $20 tickets and directions at (805) 466-6941 or musicadelrio.org). Named "Best Group/Duo" at the 2014 International Acoustic Music Awards, Ryanhood started as buskers in Boston playing by Quincy Market. Featuring Ryan Green and Cameron Hood, the street performers were soon recruited into the college music scene. The rest is history!

Chronic Vitality returns to Frog and Peach this Saturday, Oct. 13 (10 p.m.; 21-and-older; free). Formed in 2010, the rock band won Gorilla Music's Battle of the Bands at the DNA Lounge in San Francisco in 2012. Playing classic, alternative, and hard rock—originals and covers—the band has tons of music to draw from.

Colorado-based psych-rock act Augustus plays Frog and Peach on Tuesday, Oct. 16 (10 p.m.; 21-and-older; free). They're touring in support of their fourth EP, Idle, featuring five of their rugged songs, which is due for release on Nov. 2. Δ