For more than 40 years, Dave Barry has been writing—writing about family, sports, travel, politics, colonoscopies, and the horrors of attending a Barry Manilow concert. In his columns for the Miami Herald and in his numerous works of both fiction and nonfiction, the Pulitzer Prize-winning humorist observes the banalities and inanities of human life with the best blend of wry wit and impish jest. Now, he’ll be sharing those amusing musings here in SLO. New Times recently spoke with Barry over the phone, in preparation for his upcoming appearance at the Cal Poly Performing Arts Center, about his recent trip to Russia, the comedy business, and his dreams of being a rock star.

NEW TIMES So, you just got back from Russia. How was it? Did you get in a fight with Putin? 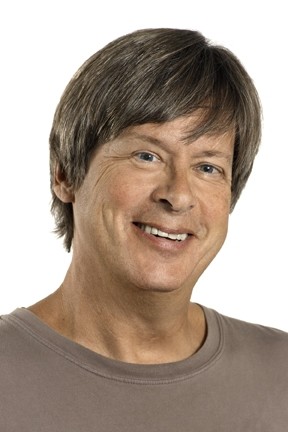 DAVE BARRY I never saw him. I’m sorry. I saw a lot of Russian students, Russian writers, but nobody tried to fight me. I was assuming the whole time, though, that someone was following my every step.

NEW TIMES The Performing Arts Center website has you listed for an “intimate conversation.” How intimate are we talking here?

BARRY Well, I’ll get naked. I don’t know about the audience. What I’m expecting is to be telling a lot of jokes. In a conversation, there’s a back and forth, so maybe I’ll have the audience come up and tell jokes, then maybe a push-up contest to round it out.

NEW TIMES What do you enjoy about live performances versus writing, which can be a very solitary endeavor?

BARRY They’re really different. I really like them both. The gratification for writing is obviously delayed. You don’t actually get an immediate reaction. But, it’s a real rush when you get a big group of people to laugh. It’s a different skill. Things that, if I wrote them down, things you could say, would not strike me as remotely funny. But, then the vice versa is also true, things that seem funny in writing wouldn’t work if you just read them aloud. I’m actually just going to hand out 3-by-5 cards with jokes on them to the audience.

NEW TIMES Do you think different topics work for the different media?

BARRY Some topics work both ways. In general, the humor you do spoken in front of an audience is about less complex things. There’s only so much people will hold in their heads when you’re talking to them. But, it’s the little things too, like inflection or pausing, and over the years, you learn how incredible those are in getting people to laugh. That, and I hold a sign up telling people when to laugh.

NEW TIMES How do you come up with topics, and how has that process changed over the years?

BARRY Yeah, I sort of have always relied on current events, and my own life, which fortunately has kept going on. But, things change. I’m older, and I’m much more going to be writing jokes about being older. I went to Russia. So, I’ll make a joke about that kind of thing. You sort of have to keep evolving. In the end, the basic fundamental element of humor doesn’t change that much, the things that people laugh at. It may be a stupid cultural phenomenon, like selfies. It’s still saying, “Boy, that’s stupid.” When you’re looking for humor, you rarely find it. Often, in the end, what’s the funniest was really annoying or just seemed really stupid, and you didn’t think it was a humor topic. Only later, it strikes you as a joke. Often, it’s the more mundane things. They laugh more at the stuff where it’s not something they’ve never thought of, but something they’ve always thought of.

NEW TIMES Do you find that’s, more or less, a comedian’s job? To articulate and comment on something that everyone’s thinking, but not saying necessarily?

NEW TIMES You’ve been writing comedy for a long time, how has the business changed, especially since long-form humor writing and newspapers have kind of gone the way of the dinosaur?

BARRY Definitely. I don’t really think long-form humor writing sort of exists. I write humor books, and I hope the fans are there. But, the truth is, if you ask where the humor writers are, none of them are doing that. I was at the end of the line for newspaper writers. Now, they’re writing for Modern Family, writing for TV, and it’s great. They’re writing for the movies, or tweeting. There are some really funny people on Twitter who come out with amazingly funny stuff within seconds of something happening. I don’t even think of doing that. I do think those people are really funny. And even with late night talk shows, with their monologues, there are a lot of guys who write those jokes.

NEW TIMES Because everything today has become truncated due to the Internet and Twitter, do you feel that’s changed comedy in any way?

BARRY Yeah, it’s become way, way more meta. Today, what everybody thinks is hilarious—that meme—is going to be completely different tomorrow. The people doing that stuff are unbelievably fast-paced, mutating the world of humor, and so is their audience. It’s a lot less organized than it used to be.

NEW TIMES Even though the business has changed quite a bit, what do you still enjoy about comedy?

BARRY For one thing, it’s fun. It’s not boring. It can be hard, but it’s never boring. The rush of having a deadline and meeting the deadline, getting people to laugh—that’s way better than working for a living. I couldn’t even imagine doing that.

NEW TIMES Speaking of working, what would be your ideal job if you weren’t doing what you do?

BARRY It’s what everybody who has ever known me has said—male underwear model, or female underwear model. If I really could do anything, to actually do it, I’d suck at it, but I’d love to be a rock musician. And, I was in college, and am still in this band of authors. We’re not that great, but we do get to hold instruments on stage.

NEW TIMES What would your imaginary rock band name be?

BARRY I actually just posted one yesterday. There’s this medical condition of the male genitalia, called “saxophone penis.” So, you can only imagine. It’s a very good name for this condition, and there was a paper published about this guy who developed a case, and the actual medical paper was called, “Dramatic Saxophone Penis.” I’d be proud to be a member of Dramatic Saxophone Penis.

Jessica Peña’s would also be proud to play for Dramatic Saxophone Penis. Send her song ideas at jpena@newtimesslo.com.