I May Destroy You examines the complexities of sexual consent

I MAY DESTROY YOU 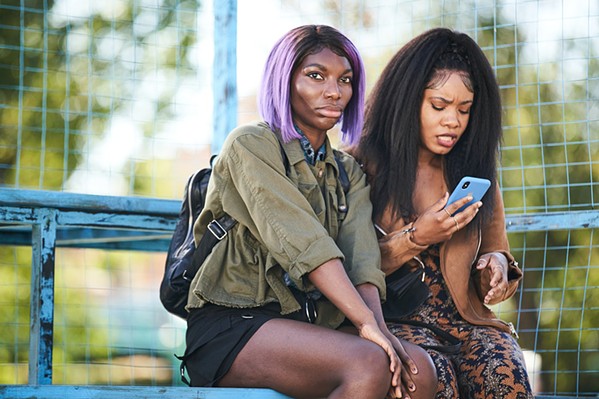 Glen I found the series' first episode confusing. I wasn't sure what it was about. It felt like a comedy, but there was something dark about it too—maybe due to the recklessness with which the characters lived their lives. By the second episode the premise was clear. During a night out with friends, Arabella got roofied in a bar and raped, but her memory is shattered. Slowly over the series, she begins to piece together what happened with the help of her friends Terry and Kwame. To complicate matters, after the success of her first book, Chronicles of a Fed-Up Millennial, she's struggling to finish her second manuscript. The money from the advance is running out and she's suffering writer's block. She's also hung up on Italian drug dealer Biagio (Marouane Zotti), who she met and hooked up with during a supposed writing getaway. The series really digs into what constitutes rape, what it means to consent to intimacy, and what the limitations of consent are. This is a challenging, disturbing, and difficult TV series, but also an important one. It examines the more commonplace side of the #MeToo movement.

Anna Arabella is a complicated character. The success of her first book gained her some notoriety, but she's flailing both in her professional and personal life now. She's a bit of a whirling dervish, always down for a hard party session despite the consequences. This is a portrait of imperfection, Arabella destroys herself just as much as she does anyone else, and after a public callout accusing her writing assistant of rape, she gains enough attention to let it all go to her head. Soon she's not just an advocate but a warrior, and sometimes she's making war just for the fight of it and not looking around herself at the bigger picture. The audience is piecing together Arabella's lost night along with her, and it's soon evident it isn't as simple as a random roofie at the local bar. People are hiding things, either out of self-protection or guilt, but as her memory slowly starts to piece together the evening, she gets some answers—and they aren't always easy to hear.

Glen Just like in real life, every character is flawed, some to greater degrees than others, but most of the characters—despite their flaws—are capable of good, too. Likewise, the various characters are both victims of sexual assault and to one degree or another facilitators if not perpetrators of it. The series moves back and forth in time, not only right before Arabella's rape but even back to her childhood and adolescence with bestie Terry. There's also a side plot about Arabella's semi-estranged relationship with her father. The series has remarkable scope for what amounts to six hours of runtime, and there's so much nuance to the relationships that repeated viewing may be necessary to fully unpack all that Coel has loaded into the story. The book she's working on is the story we watch unfolding, so this is a piece of art about the process of creating a piece of art. Very meta. Everything about it feels surprising, and Coel walks the razor-thin tightrope separating liberation and exploitation. Tackling this topic so frankly is an act of bravery.

Anna Coel isn't afraid to make her audience feel uncomfortable and to make her characters grounded in the reality of their flaws. All of them, Arabella especially, are prone to self-obsession and ego while just below the surface their insecurity boils. She can't seem to piece together her next book, and she has isolated herself from many people who are just plain over her antics and the drama that seems to follow in her wake. She's got her tried-and-true friend Terry, but even that relationship starts to show cracks under pressure. This is a bold and brilliant series, delving into the meat of what the ripples of trauma cause well after the initial event. It's a blend of really small, intimate moments in the lives of these characters and a much bigger story and message. This one is totally worth a watch. Δ