I will eat and drink my way across the city! 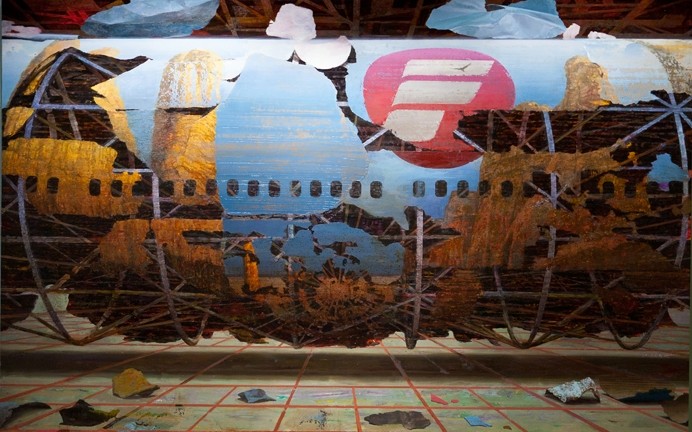 Paul Klee once said, “A drawing is simply a line going for a walk.” That has absolutely no connection to anything; I just like that quote. I also like that Andy Warhol said, “Why do people think artists are special? It’s just another job,” which makes more sense when you understand that Banksy said, “The holy grail is to spend less time making the picture than it takes people to look at it.”

Ah, artists! So many wacky ideas!

I’m going to get an eyeful of them and their work tomorrow, Friday, Jan. 7, when I saunter out on an eating and wine-sipping campaign from 6 to 9 p.m. across San Luis Obispo during Art After Dark.

There’s a bunch of cool stuff going on, like at Frame Works (339 Marsh St.), where they’re giving you one last chance to see “ART ECO,” an exhibition featuring art made from reclaimed materials (By the way, 15 percent of sales benefit SLO Botanical Garden).

There’s also “100 Years of California Watercolors” at the San Luis Obispo Museum of Art (1010 Broad St.), as well as glass artist Evan Chambers’s constructed objects and pavonine glass, and “Overture,” portrait paintings by OPAG members. They still let me through the doors, despite their fancy new name (Museum?!?), so maybe I’ll go, but there are four events I really need to see.

One is “Happy in Public,” a kind of performance art thing in which people will read their own words about being happy from 6 to 9 p.m. in ARTS Space Obispo (570 Higuera, suite 165). If I were reading, I would say, “Happiness is a warm dog, but since I have four, it’s just sort of overwhelming and annoying.” Hopefully the readings will be more interesting than mine.

I also want to see Daniel Dove’s oil paintings at compact (1166 Higuera St.). Dove is a painting instructor at Cal Poly, whose work I came to know after buying a couple pieces from two of his students, Damon Bailey and Laura Krifka. Damon brought me one of Daniel’s brochures, and his work really struck me as being especially skillful. I mean, look closely at Vanishing Point, which looks like a disintegrating jumbo jet fuselage floating in a warehouse. So many textures and tricks of light!

I also want to see what Steven deLuque’s been up to at the GALA Center (1060 Palm St.). Maybe you remember the controversy surrounding one of his pieces at Linnaea’s Café a few years back, which showed a guy crapping an American flag out of his anus, or was the flag ass-screwing him? Who knows, but I love a rousing (metaphorical) slap in the face once in awhile. Those earlier works were obviously political, but it looks like Steven may be getting more personal and introspective judging from Midlife Crisis, a self-portrait.

And speaking of Linnaea’s Café (1110 Garden St.), I want to stop in and check out Shirley Pittman’s color-filled canvases. I imagine she agrees with Georgia O’Keeffe, who said, “I found I could say things with color and shapes that I couldn’t say any other way … things I had no words for.”