It happened just after midnight in late October.

A 20-year-old man, an undocumented immigrant who'd to the United States with his mother when he was a few months old, had just been released after spending three months in SLO County Jail on misdemeanor charges. He stepped outside the doors and began to walk toward a car, where family members were waiting to pick him up and take him home to Grover Beach. 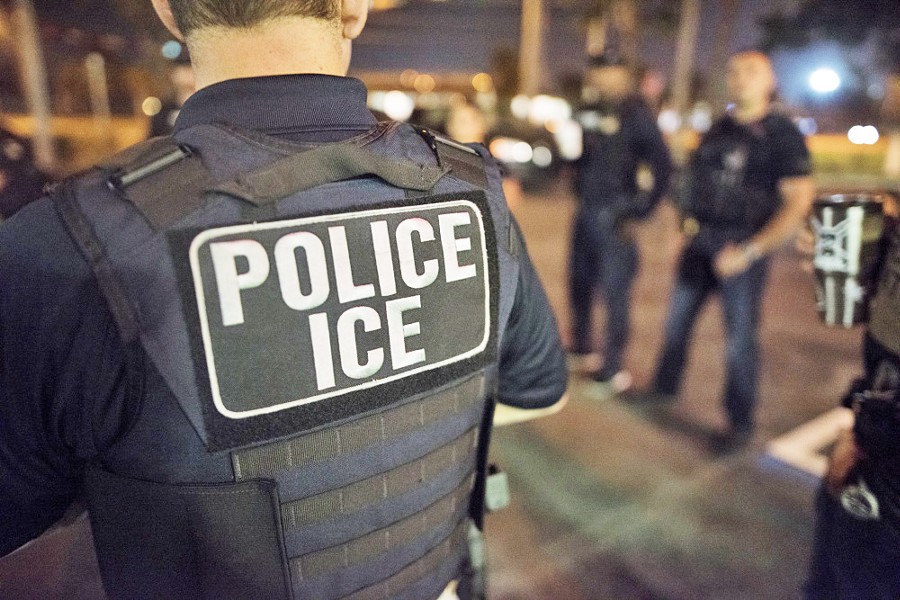 "As soon as he stepped out, ICE was already waiting for him," a statement from his mother, Esmeralda, read. "He was arrested and was deported. As a mother, I am devastated."

The young man, identified by the pseudonym "David" for his own protection, was reportedly a participant in the Deferred Action for Childhood Arrivals (DACA) program. Still, he was deported to Mexico in mid-November, according to Anahi Mendoza, director for the nonprofit Santa Barbara County Immigrant Legal Defense Center. Mendoza said the family is struggling to find a way to help their son. He has no job and doesn't speak very good Spanish, she said. Under U.S. immigration laws, he won't be able to come back to the country for at least 10 years.

"His mother and father and siblings are all very worried about him," Mendoza said. "His siblings are younger, and they just don't understand what's happened to him."

The story has raised concerns from area immigration activists that ICE (U.S. Immigration and Customs Enforcement) is targeting individuals released from the SLO County Jail despite recently passed state laws that limit California law enforcement's ability to cooperate and share information with the controversial federal agency.

Speaking to New Times SLO County Sheriff Ian Parkinson said he was aware of the incident, but said his department had no involvement in the young man's detention or deportation. He also said he did not have any firsthand knowledge that ICE was conducting sweeps or enforcement actions in the jail's parking lot or the surrounding area.

"It's possible, but if it is happening, it's not happening in coordination with us," Parkinson said.

Parkinson's remarks came shortly after a Dec. 4 presentation to the SLO County Board of Supervisors on the department's relationship with ICE. During the hearing, which was required by state law, Parkinson presented data that indicated his department had little, if any, interaction with the agency since California's so-called "sanctuary state" law and other similar legislation went into effect. Between March and November of 2017, the department turned over 87 inmates to ICE. Since November 2017, that number has been zero. He also said that the agency used to fax a foreign-born inmate report twice daily to ICE, but it has ceased doing that as well. Parkinson said that ICE currently had "nearly zero" access to the jail and its inmates.

"They used to be in the jail weekly, and now they are not," he said.

While the Sheriff's Office says it is following the law when it comes to interacting with ICE, local advocates say that it may not be enough. Speakers at the hearing noted that the Sheriff's Office still provides release dates and physical descriptions of inmates to the public on its website, they say ICE can use to target undocumented immigrants for detention.

Hornaday and several other residents, some members of the newly formed local advocacy group Allies for Immigration Justice, called on the department to end the practice. Parkinson said that the department had been posting release dates for all inmates for years in order to help keep victims informed. He also said that ICE had access to a federal database of fingerprints, which all jail inmates—including those in SLO—are entered into. Such information could allow ICE to conduct enforcement operations against recently released inmates in the community, even without direct cooperation or communication from the Sheriff's Office.

"ICE knows they are in our custody ... and they go out into the neighborhoods to find them," he said. "They [ICE] have done that locally."

In an email response to questions from New Times about ICE activity outside or near the jail, spokesperson Lori Haley wrote that the agency does not track arrests by county or location.

"ICE will target criminal aliens whenever and however they come to our attention," Haley wrote.

Activists and progressives have criticized the increase in arrests and deportations under the immigration policies of President Donald Trump's administration, which sparked protests across the country, including in SLO County, and prompted some activists and politicians, including SLO Mayor Heidi Harmon, to call for abolishing ICE.

While the controversy continues, Esmeralda has little hope of seeing her son come back to his family in SLO County.

"This separation has hurt our entire family," she wrote. "The only thing I can do is pray that no mother is torn apart from her child because of deportation." Δ