Icing on the cake: The HoneyBee Cakery helps make your sweet dreams reality

The word ‘baking,’ tends to cook up—ha!—images of a Donna Reed look-alike whirling around the kitchen. The picture of domesticity in a crisp shirtdress and a frilly apron, churning out the perfect pie crust and other tantalizing treats.

Lizabeth Nagel, the owner of the HoneyBee Cakery, may have the cheerful warmth and ultra-sweet smile of a Donna Reed, but unlike ol’ Donna, she’s not afraid to think outside of the recipe book.

“I’ve always been fascinated with baking,” Nagel said. “I have a really big sweet tooth. But I grew up in the pre-Internet age, so there wasn’t any way for me to explore that fascination and actually see what you could do. But I was inspired after watching Ace of Cakes on the Food Network. My DVR was completely full with all the episodes. I was binge watching all of it, and absorbing everything, and then I decided to try it out for myself. My first cake failed miserably.”

But Nagel didn’t let it faze her. She bought a cookbook and kept on trying and experimenting. Her first success was the cake in the shape of a bathtub she whipped up for her daughter’s first birthday, complete with rubber duckies. That led to her creating wedding and birthday cakes. 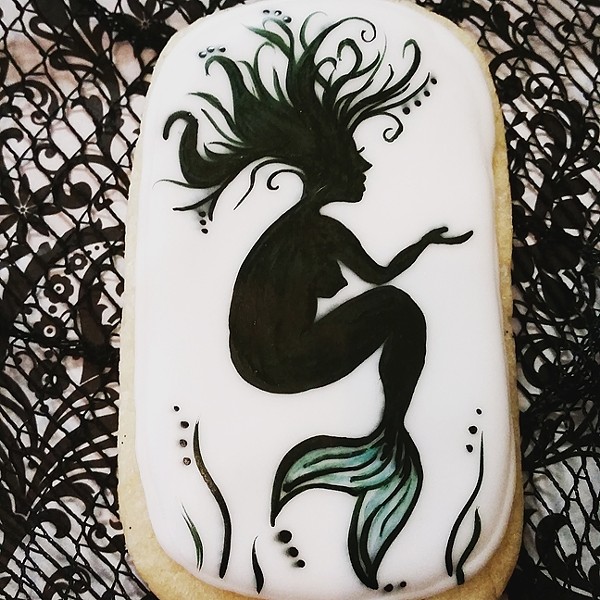 “I used to do ceramics,” Nagel said. “And I think that transfers really well to baking. I love it; I get to do all sorts of things. It really is an art piece. I usually start with a general concept with the person I’m making it for, but then it just takes on its own life. It’s an edible piece of art.”

Seven years later, Nagel’s dream is still going strong, and her creative spark is flourishing, as evidenced by the elaborate cakes she’s made, like an Alice and Wonderland style cake, or one in the shape of a barrel that worked as a real keg. Nagel even created a Wizard of Oz cake, with poppies lining the yellow brick road as it leads to the distant, glimmering Emerald City, and topped with the infamous ruby slippers. She still makes a point to create fantastical cakes for her daughter on the side.

“My daughter loves to plan her birthday cakes,” Nagel said. “She just gets to go crazy. I tried to get her interested in baking, I even got her a stool, an apron, and some mini tools, but she just was not going for it. She likes planning better.” 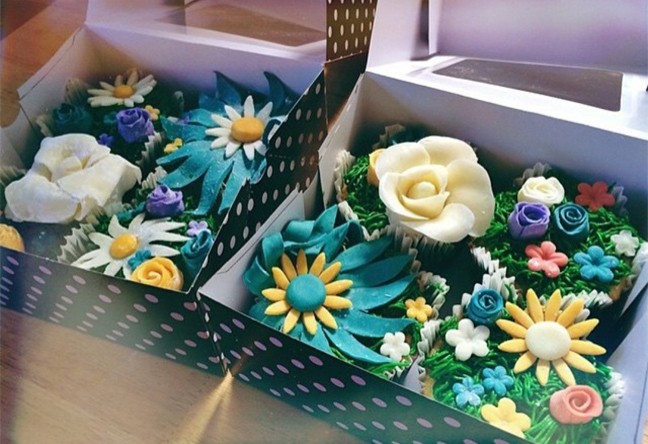 In addition to making birthday and wedding cakes, Nagel also holds a slew of decorating classes, and she wants to encourage SLOcals to roll up their sleeves. Groups of eight or more people can meet up with Nagel at her space in The Bunker, or play host to a class in their home, where they can make everything from A Nightmare Before Christmas-themed cupcakes, Star Trek cookies, or Adventure Time cupcakes. According to Nagel, she has about 70 different ideas for decorating classes buzzing around her head.

“I really like doing the Shire gingerbread class,” Nagel said. “With that one, we take the gingerbread, and people get to create their very own hobbit holes. I’d really like to hold that class again this summer. Gingerbread is so great, but it usually gets lumped in with fall. And it’s so delicious; there’s no reason that fall should get to hoard it.”

Due to scheduling conflicts in the past, Nagel said there isn’t a set schedule of classes for the summer. Rather, she’s accepting large groups who are open to do anything, so long as it’s creative, and most importantly, delicious.

“If they’re good with it, then I’m good with it,” Nagel said. “I just really love being around people. So anything they want to learn, I’m in.”

Intern Adriana Catanzarite is yearnin’ for some delicious cupcakes. Send her the goods via Interim Arts Editor Hayley Thomas at hthomas@newtimesslo.com.