Dead Kennedys are returning to SLO Town next Thursday, Oct. 3, just under 34 years after the last time I tried to see them but instead got a nightstick in the torso during what was a classic case of riot-by-police.

On Oct. 10, 1985, the San Francisco punk quartet led by Jello Biafra was scheduled to headline a multi-band punk show at the SLO Vets' Hall. About 500 people showed up, including a handful of my surf buddies and me, and we were all having a lot of fun. The mosh pit was roiling, and there were a few scuffles. My buddy got a small cut above his eye after being head-butted in the pit. He bled all over the bathroom before he staunched the bleeding. 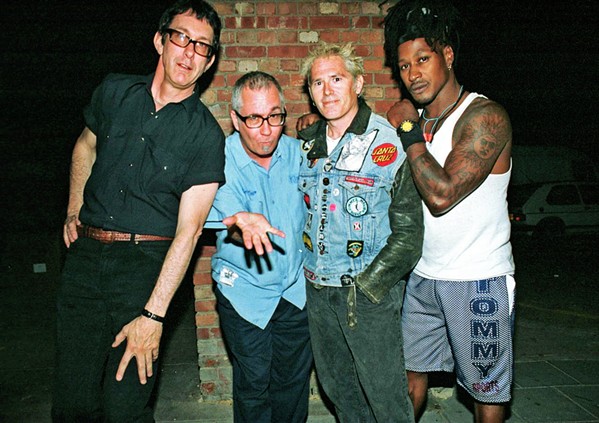 Long story short, the SLOPD showed up to assess the situation, left, and showed up again a half hour later with about 50 officers from the Cal Poly PD, Morro Bay PD, the Highway Patrol, and the SLO County Sheriff's Department, and they shut the show down.

They got on stage and told everyone to leave, and everyone basically said, "Fuck you," so the police pulled out their nightsticks and maybe Mace, though I didn't see any, and they pushed the crowd out the doors, into the courtyard, parking lot, and street, and then people started throwing bottles, rocks, anything they could get their hands on, breaking the Vets' Hall's windows.

Estimates claimed the hall suffered $10,000 in damages. As one of the youthful attendees, I have to say we were pissed! We paid seven bucks for the show, and we didn't get to see Dead Kennedys! We did get a pretty good story out of it, but my ribs hurt for about six weeks.

I don't expect similar problems when Numbskull and Good Medicine brings Dead Kennedys to the Madonna Inn Expo Center (5:30 p.m.; all ages; $26 presale at Boo Boo's and eventbrite.com or $30 at the door), with The Living End, Good Riddance, and 88 Fingers Louie opening. For one, many of us interested in seeing the show we missed last time are now in our 50s, and our moshing days are behind us.

Dead Kennedys played their first gig in 1978 and were often focused on politics, playing with the controlled chaos of the Sex Pistols and the surf guitar sounds of the Ventures. Maybe you remember their big hit from 1979, "California Über Alles," which attacked then Gov. Jerry Brown. Other hits included "Holiday in Cambodia," "Kill the Poor," and "Too Drunk to Fuck."

Biafra had a dark sense of humor on display in tracks such as "Let's Lynch the Landlord," "I Kill Children" and "Chemical Warfare." Their cover of "Rawhide" is a classic, and their song "Nazi Punks, Fuck Off" established the band's anti-violence stance. They don't make 'em like Dead Kennedys anymore.

Numbskull and Good Medicine also has rapper Andre Nickatina on Friday, Sept. 27, at The Siren (8 p.m.; 21-and-older; $25 presale at Boo Boo's and ticketfly.com or $30 at the door), with Rogue Status opening.

The concert season is winding down at Vina Robles, and they're making good uses of these last few long days before daylight saving time ends. 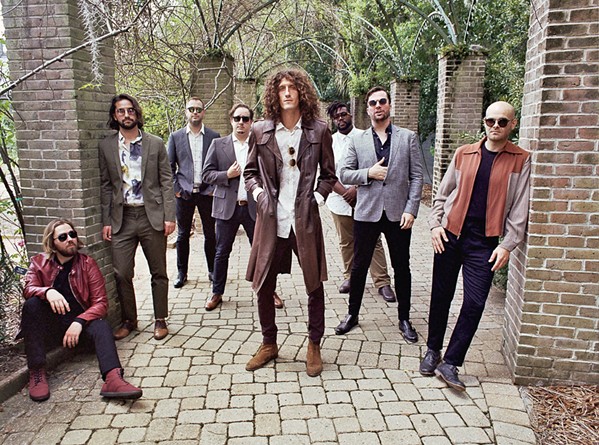 This week starts with chart-topping rockers The Revivalists on Thursday, Sept. 26 (8 p.m.; all ages; $45 to $79.50 at vinaroblesamphitheatre.com). The New Orleans octet has some great tracks like "Wish I Knew You," "Criminal," "Next to You," "You and I," "All My Friends," and "Change." These guys are blowing up! They opened for the Rolling Stones!

Multi-instrumentalist and global sensation Tash Sultana plays on Saturday, Sept. 28 (7:30 p.m.; all ages; $39.50 to $45 at vinaroblesamphitheatre.com) with The Teskey Brothers opening. Sultana's new album, Flow State, debuted at No. 4 on the Billboard Alternative Albums Chart.

Three at The Rock 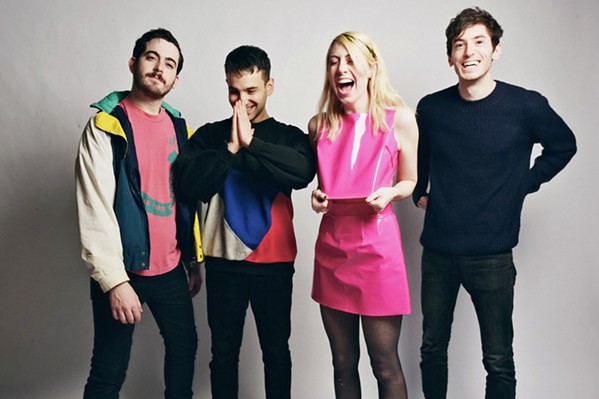 They've got the beats

You can see Atlanta-based synthwave electronic act The Midnight this Thursday, Sept. 26, at the Fremont Theater (doors at 8 p.m.; all ages; $30.83 general or $73.05 for meet-and-greet at Boo Boo Records or fremontslo.com). Expect excellent production from The Midnight. They're super swank. Flamingosis opens. 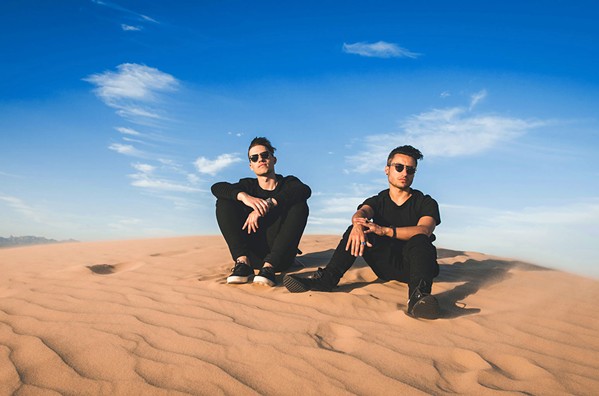 The electronic trip-hop sounds of Loud Luxury will get you pumping on Saturday, Sept. 28 (doors at 8 p.m.; all ages; $27.31 at Boo Boo's and fremontslo.com). This stuff is infectious and highly danceable. 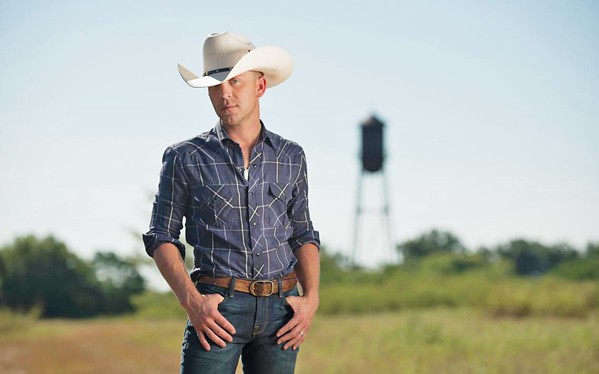 Congratulations to MesaBluemoon Recordings, which celebrates its 30-year anniversary this year, and congratulations to the label's superstar, local singer-songwriter and Americana artist Dulcie Taylor, who's had millions of YouTube views and has a bevy of shows this week: Cass Winery on Thursday, Aug. 26 (5:30 to 7:30 p.m.); the Inn at Morro Bay on Friday, Sept. 27; Wild Horse Winery on Saturday, Sept. 28 (noon to 3 p.m.); Ragged Point Inn on Sunday, Sept. 29 (noon to 4 p.m.), and a whole bunch more in October!

The Quartet (Adam Levine and Dorian Michael on guitars, Danny Pelfrey on sax, and Ken Hustad on bass) plays jazz at D'Anbino Cellars this Sunday, Sept. 29 (4 p.m.; 21-and-older). These are all really solid players. Jazz fans, don't miss it!

Powerhouse folk/roots/world music proponents The Bills return to Castoro Cellars this Sunday, Sept. 29 (gates at 6 p.m.; show at 7; all ages; $25 at (805) 238-0725 or castorocellars.com/events; bring a low-back chair or blanket for this outdoor show). Expect "instrumental virtuosity, lush vocal arrangements, evocative songwriting, and a refreshing sound that transcends musical boundaries and defies simple categorization," the band says. 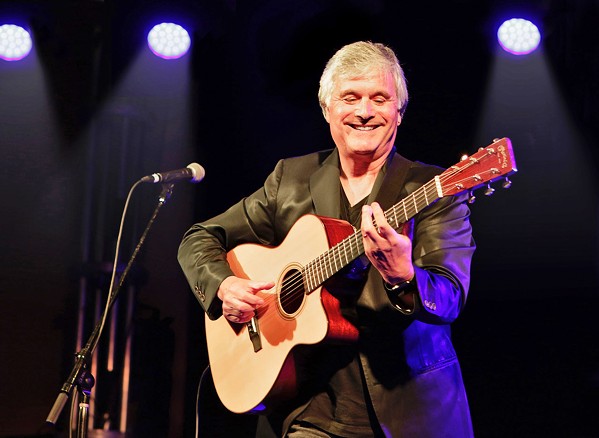 Famed Laurence Juber—perhaps known best as guitarist for Paul McCartney's Wings, with whom he won a Grammy Award—will offer a solo show at Morro Bay's The Siren this Sunday, Sept. 29 (7:30 p.m.; 21-and-older; $22 presale at Boo Boo's and eventbrite.com or $25 at the door). Expect a fusion of folk, jazz, blues, pop, and classical styles. He's a true master! 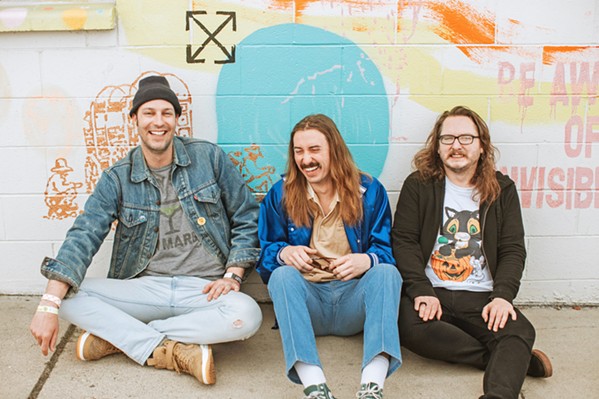 Americana rockers Chris King & the Gutterballs play a fundraiser for The Crohn's & Colitis Foundation this Wednesday, Oct. 2, at the Frog and Peach Pub (10 p.m.; 21-and-older). Chris King, frontman for the band, has lived with Crohn's for more half his life; a sizable proportion of time considering he's only 27.

The public is invited to a lecture-recital on spirituals next Thursday, Oct. 3, in Cal Poly's Davidson Music Center, room 218 (7:30 p.m.; all ages; $5 at the door; parking permits are required). Acclaimed guest artist Diane White-Clayton will present "The Many Colors of Spirituals," a musical journey of Afro-American spirituals as they made their way from the plantation to the concert stage. "From classical arrangements by prominent African American women composers to a cappella soul-stirring folk renditions, the program will feature powerful spirituals that accompanied marches of the Civil Rights era and will include audience participation as White-Clayton teaches a selection in a 'down-home' congregational style," according to press materials. 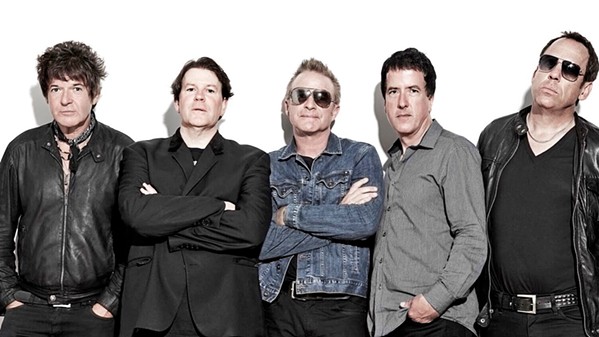 Tearaways play The Siren in Morro Bay next Thursday, Oct. 3 (9 p.m.; 21-and-older; $12 presale at Boo Boo's and eventbrite.com or $15 at the door). The Santa Barbara band features drummer Clem Burke (Blondie) and will play songs from their upcoming release, We Grew Up on AM Radio, including "The Wrecking Crew" and "Burke's Law."

Even though it's out of my coverage area, I thought I'd tell you about the upcoming Tom Ball and Kenny Sultan show on Saturday, Oct. 26, in Santa Barbara's Lobero Theater because I know this amazing duo has a lot of local fans: "Well, we've finally hit a milestone," Sultan wrote. "Tom and I have been together for 40 years—Yep! 40! Yikes!—and are doing an anniversary show at the Lobero Theater." (8 p.m.; all ages; $34 to $44 at lobero.com) These two purveyors of old-time blues, rags, and good-time music are remarkable performers! Δ