I'm with Bill Moyers: Bring back the draft

Americans would be forced to face the grim reality that war is indeed hell, for everyone, not just the volunteers. 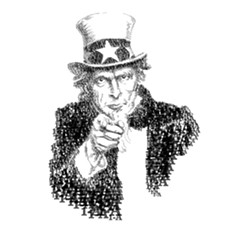 Americans would be forced to face the grim reality that war is indeed hell, for everyone, not just the volunteers.

I watched Bill Moyers on PBS on Friday evening, Oct. 30, and stayed with him as he delivered his customary commentary at the program’s end. It was a thunderbolt, because Moyers, arguably the premier journalist of our time, one who has never stood with the right, came out for a return to the military draft as the best solution for ending the war in Afghanistan.

“The President is about to send more troops,” said Moyers. “When I read speculation last weekend that the actual number needed might be 600,000, I winced.” And then he said, “I can still see President Lyndon Johnson’s face when he asked his generals how many troops it would take to win in Vietnam. One of them answered, ‘Ten years and one million.’ He was right on the time and wrong on the number—two and a half million soldiers would serve in Vietnam, and we still lost.”

Moyers also made reference to a recent pro-war editorial in the Washington Post and countered that with a quote from an Afghan villager in The Economist: “We need security. But the Americans are just making trouble for us. They cannot bring peace, not if they stay for 50 years.”

There was also a line from Andrew Bacevich, West Point graduate and military affairs specialist, who told the Christian Science Monitor, “The notion that fixing Afghanistan will somehow drive a stake through the heart of jihadism is wrong … If we give General McChrystal everything he wants, the jihadist threat will still exist.”

And then Moyers uttered something I thought I’d never hear. “If our governing class wants more war,” he said, “let’s not allow them to fight it with young men and women who sign up because they don’t have jobs here at home, or can’t afford college or health care for their families. Let’s share the sacrifice. Spread the suffering. Let’s bring back the draft. Yes, bring back the draft, for as long as it takes our politicians and pundits to ‘fix’ Afghanistan to their satisfaction. Bring back the draft, and then watch them dive for cover on Capitol Hill, in the watering holes and think tanks of the Beltway, where editorial writers spin clever phrases justifying other people’s sacrifice. Let’s insist our governing class show the courage to make this long and dirty war our war, or the guts to end it.”

No matter what your political stripe or leaning, this supercharged editorial is important not just because it comes from a respected journalist of considerable stature, but also because it reflects the growing concern of literally millions of Americans. We see the articles in the  newspapers about  the almost daily deadly bomb blasts in Afghanistan and Pakistan, right there with more of the same from Iraq. We note the mounting casualties, both military and civilian, ours and theirs, and we wince when news comes of a local serviceman or woman struck down in a war zone. “How awful,” we say. “Those poor people.”

But the oldtimers will tell you: it isn’t the same. It’s not like WWII, when my mother, a Red Cross volunteer, went along with military service members to the homes of those who were killed, to deliver the bad news in person, which she also did during the  Korean and Vietnam conflicts.  “Somebody has to do it,” she said, when I asked her why she volunteered  for such service. People were tough back then; the greatest generation, as Tom Brokaw reminded us not so long ago. And he was right. My father was a medical officer in North Africa during the war, patching up the troops Rommel blasted to hell. He didn’t talk about it when he got back, finally, but I read some of the letters he sent home. It is enough to make me wince thinking about it even now.

The difference is one of perspective, to be sure. But the service is the service, and nowadays, if you sign up, chances are you will be sent to serve in a war zone, and you may even be tasked to return more than once or twice. Four times and more, in fact, is not unheard of. And it’s not just men who are putting their lives on the line over and over again—our women are there too, and many have been killed or wounded.

So what’s my point? What am I saying, and why is Moyers’ conclusion on the draft so important, so prescient? Because these two wars have been going on eight years and counting. Because it all sounds so very familiar. We need more troops to make it work, say many on the right and most of the military. If we just could just put in another 40,000, why, we could win this, and all our sacrifices in terms of blood and money would be justified.

But what most civilians  fail to realize is that such protracted wars take on a life of their own, in no small part because in the military, achieving higher rank, more money, and a better  assignment is predicated on actually serving in a war zone. It’s called “getting your ticket punched”, and it’s as true for the lifers now as it was back in the day.  But permanent war as career employment just shouldn’t be an option. And if it becomes that, then our policy needs to change.

With a return to the draft, as Moyers has called for, the people of this country will be forced to face the grim reality that war is indeed hell, for everyone, not just the professionals and volunteers. And it will then be up to the public to decide if they want to continue with the war effort, because they will have a much greater stake in the decisions that will determine policy: the very lives of their own children.

If that doesn’t bring it home, where it really belongs, nothing will.

John Winthrop is an Army veteran who has more than 20 years experience as a news reporter, editor, and news director at WBZ-TV Boston, KRON-TV San Francisco, KCOY-TV Santa Maria, and several other television and radio stations. He resides in Cayucos with his cat, Smokin’ Joe. Send comments via the editor at econnolly@newtimesslo.com.