Indie rock hero Doug Martsch and his band Built to Spill plays the Fremont on Nov. 20

The problem with bands is they almost always break up, so how do you avoid the trap of implosion? You be Doug Martsch, the only permanent member of Idaho-based indie rock band Built to Spill. Martsch, the former guitarist and vocalist of the Treepeople, formed Built to Spill in 1992, telling Spin magazine his intention was to change his band's lineup for every album. 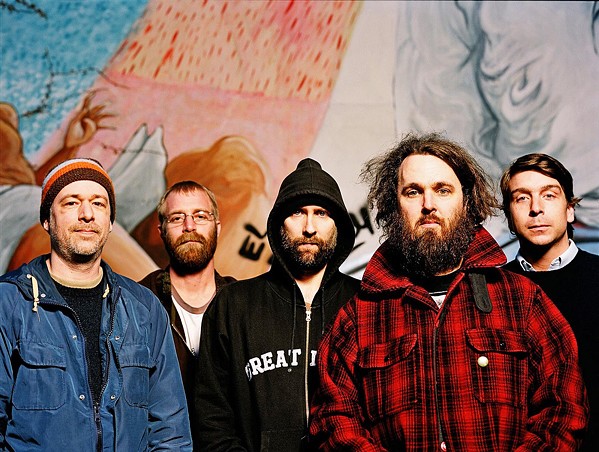 That worked for the first four years and three albums, but these days Martsch—who's still considered the band's only permanent member—seems to collaborate with players more than once. As far as I know, when Built to Spill comes to the Fremont Theater on Wednesday, Nov. 20, Martsch might be playing with Brett Nelson, Steve Gere, Jason Albertini, and Jim Roth, but don't hold me to it. Regardless of who's joining him, you can bank on a show with Martsch's swirling guitar work, intricate knot-like arrangements, and his distinctive voice (7 p.m.; all ages; $30.83 at Boo Boo's and fremontslo.com), with Slam Dunk and Sunbathe opening.

Also this week at the Fremont Theater, see honky-tonker Whitey Morgan on Thursday, Nov. 14 (8 p.m.; all ages; $33.17 general or $91.82 VIP at Boo Boo Records or fremontslo.com), with Alex Williams opening.

SuicideGirls: Blackheart Burlesque comes to the Fremont on Friday, Nov. 15 (8 p.m.; 18-and-older; $33.17 to $62.50 at fremontslo.com and Boo Boo's). Expect "the sexiest, smartest, geekiest, and most fun definitive pop-culture burlesque show," according to the group.

Blues icon Robert Cray comes to the Fremont on Saturday, Nov. 16 (7 p.m.; all ages; $42.56 to $77.75 at fremontslo.com and Boo Boo's), with Bonnie Bishop opening. The five-time Grammy winner and Blues Hall of Fame inductee delivers top-notch blues and R&B.

Indie rockers Cold War Kids hit the Fremont on Sunday, Nov. 17 (8 p.m.; all ages; $36.69 at fremontslo.com and Boo Boo's), with Samia opening. These guys are associated with Modest Mouse, We Barbarians, and Florence and the Machine. 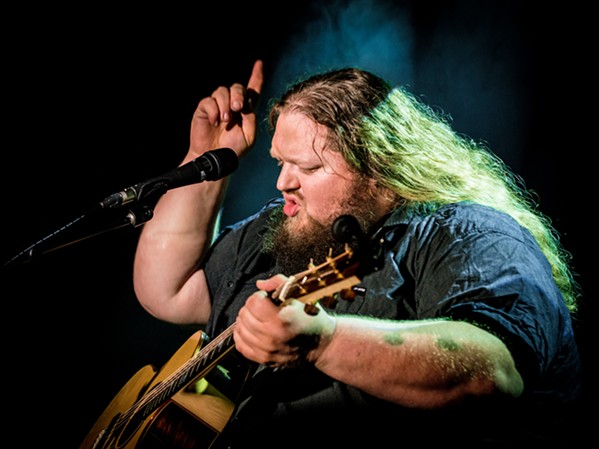 You can get some mid-year Live Oak Music Festival vibe this Friday, Nov. 15, when KCBX presents Winter Oak Roots Rising! at the Cuesta College Performing Arts Center (7 p.m.; all ages; $25 at Boo Boo's and ticketfly.com or $30 at the door). Expect stripped down performances by bluesy Matt Andersen, Guatemala native and Latin Grammy-winner Gaby Moreno, and gospel inflected Liz Vice. The three will collaborate in the finale! 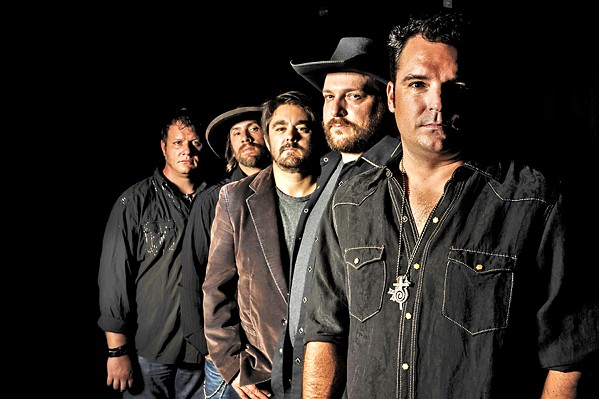 Numbskull and Good Medicine Presents are bringing country rockers Reckless Kelly to The Siren on Friday, Nov. 15 (7:30 p.m.; 21-and-older; $22 presale at Boo Boo's and eventbrite.com or $25 at the door). The band is led by brothers Willy and Cody Braun, who caught the performance bug as children when they toured the country with their father as Muzzie Braun and the Boys. They named their band after the 1992 Australian film by director Yahoo Serious.

Punk act Strung Out and very special guests The Casualties play The Siren on Wednesday, Nov. 20 (7 p.m.; all ages; $18 at Boo Boo's and eventbrite.com or $20 at the door). The Simi Valley punks formed Strung Out in 1990, fusing prog rock and heavy metal into their punk sounds. They're touring in support of 2019's Songs of Armor and Devotion. 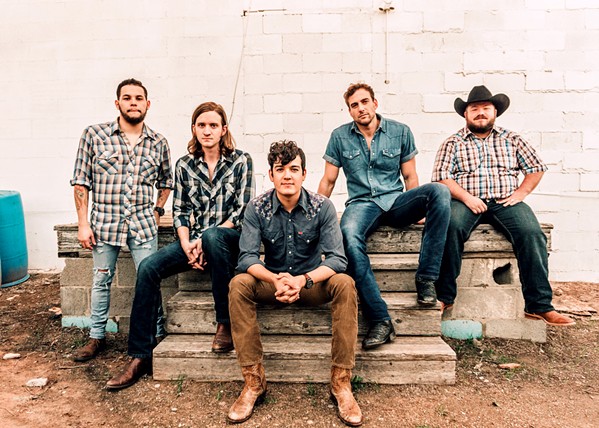 SLO Brew Rock hosts Texas-based country and Americana act Flatland Cavalry this Saturday, Nov. 16 (7 p.m.; 21-and-older; $13 at slobrew.com), with Mitchell Ferguson opening. Flatland is touring in support of their second album, Homeland Insecurity, an album about being in the present.

"All too often, we're stuck in a no man's land where the present is almost non-existent," they said in press materials. "You look at the past, the 'good old days,' with rose-colored glasses. The future is presented as when everything will be figured out and make sense—there's an unparalleled optimism towards the future. Bandleader and chief lyricist Cleto Cordero is fine with examining the present. There's an appreciation for all the sharp detail and high-spirited emotions of today."

Beach Boys founding member Al Jardine plays Morro Bay's The Siren this Saturday, Nov. 16, as part of his nationwide Endless Summer Tour (doors at 8 p.m.; 21-and-older; $40 presale at Boo Boo's, Traffic Records, and ticketfly.com or $45 at the door; the venue will be closed from 7 to 8 p.m. for sound check).

"It is exciting to have Al play at The Siren. We were searching for a venue that would accommodate a show that was up-close, personal, and intimate. Moreover, Morro Bay is also in many ways the ideal venue for this show, given that The Beach Boys spoke of this quaint California town in their song 'California Saga,' which Al plans to perform at the show," show producer Erik Long said.

Jardine, who played lead guitar and sang harmony, was the lead singer on "Help Me, Rhonda," as well as "Then I Kissed Her" and "Come Go with Me." He also had a UK Top 10 hit in 1978 with "Lady Lydia." 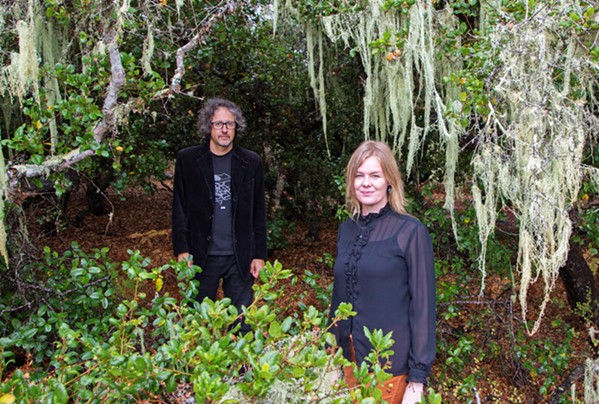 To Wake You recently released their arresting new live album, Winter And The Scared Tree, which was recorded in front of a live audience at Damon Castillo's Laurel Lane Studio in SLO. Now the album is out, and Karoline Hausted (voice, piano, keyboard, harp, glockenspiel) and Mark Davis (voice, guitar, glockenspiel, frame drum) are on the road promoting the record in a series of concerts, including one at SLO's East Wellbeing on Tuesday, Nov. 19 (doors at 6:30 p.m.; concert at 7; all ages; a $10 to $20 donation is requested; learn more at towakeyou.com/live_dates).

"Over the past few years, we have pieced together this unique set of material using the Celtic harp, keyboard, guitar, percussion, and the spoken word," Davis explained. "Inserting a little bit of traditional music into our original compositions, we also integrate texts from Hildegard, Tagore, and some Scandinavian sources. The concert is a shared, intimate experience with everyone in the room—it is reflective in nature. The tree has always been a powerful symbol around the globe."

Thanks to all who came out to the SLO Brew Rock Event Center last Friday, Nov. 8, for the 2019 New Times Music Awards! The show was a huge success. The final results are listed below for posterity. Congratulations to all the winners, and thanks to all who entered!

2) Derek Senn: How Could A Man

1) The Creston Line: "The Ballad of David and Caroline"

2) Jill Knight and The Daylights: "Match Your Vibration"