Starting this month, the San Luis Obispo County Department of Agriculture is accepting applications for industrial hemp production—opening up a new market that had previously been limited to only growers tied to research institutions.

The county's May 3 announcement hit as long-awaited hemp regulations at the state level take effect. They require hemp growers to apply for registrations through their county agricultural commissioner's offices.

Hemp, a strain of cannabis with a low THC concentration, has a wide variety of uses—from fiber, to oil, to paper, to food products. 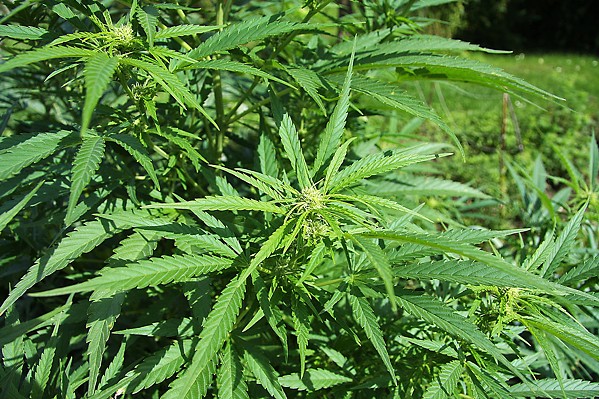 Unlike cannabis, which is highly regulated in the county, hemp falls under "crop production and grazing," which means growing it comes with less red tape and fewer strings attached.

"It does not have anything like setbacks or maximum acreage amounts," Lee said.

For now, hopeful hemp cultivators will not be allowed to start farms over the Paso Robles Groundwater Basin. Local water rules require that new crops planted over the basin offset their water use—but the county hasn't calculated what hemp's water demand is. Lee said that issue will be revisited by the Board of Supervisors in the near future.

"The county needs to amend the ordinance itself because it doesn't list hemp in there," he said.

Industrial hemp growers must use certified seeds to earn quick approvals. Lee said most of the certified hemp seeds out there are of "the fiber variety," yet there's more local interest around CBD hemp varieties. In cases where the proposed cultivar isn't certified, the grower is required to prove through lab testing that it yields a THC concentration below the legal threshold of 0.3 percent.

Lee noted that due to the seed certification issues and the time of year, he expects most local hemp production to kick off next year.