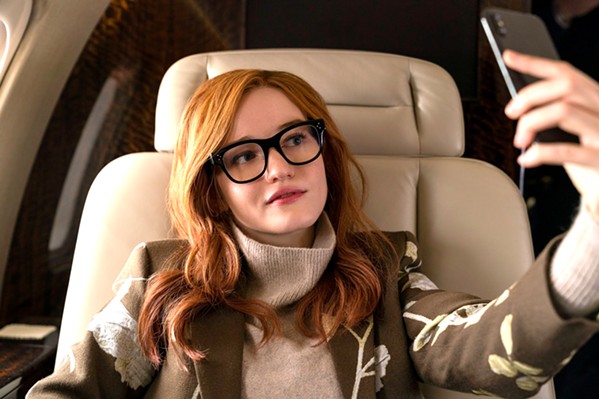 I remember hearing about Anna Delvey while her trial was going on, but I had no idea the depths to which her deceptions went. The "this whole story is completely true, except for all the parts that are totally made up" retelling of Delvey's mysterious character and eventual downfall gets to the nitty gritty of not just Anna herself, but those around her who bought her lies for so long. A lot of the series also focuses on Vivian Kent (Anna Chlumsky), a reporter hungry for her next story and desperate for redemption after a professional fumble.

Julia Garner's Anna speaks with an odd and undefinable accent, is rude and blunt, and is only interested in helping people if it helps herself. From using private jets to staying in lavish hotel rooms without paying, what Delvey managed to pull off is quite stunning. Creating fake bank statements, promising money wires that never came through, securing loans with banks based on her imagined $60 million trust fund—she did it all. She wanted to build the Anna Delvey Foundation, an exclusive club in New York city devoted to providing the über rich with a place to show off their wealth.

In looking for her story, Vivian finds people in two camps—either they feel conned and wronged by Delvey, or they stand behind her, even after learning what a house of cards her life really was. The character is truly unlikeable, and Garner plays a vicious brat so well. This series is great for a binge. It's a Shonda Rhimes (Grey's Anatomy, Scandal) drama in the best way possible. (nine 53- to 89-min. episodes)