Investigators may be 'zeroing in' on source of TCE contamination

Officials with the Central Coast Regional Water Quality Control Board say they may be getting closer to finding the source of a chemical plume that contaminated wells in the Buckley Road area, but the investigation remains ongoing. 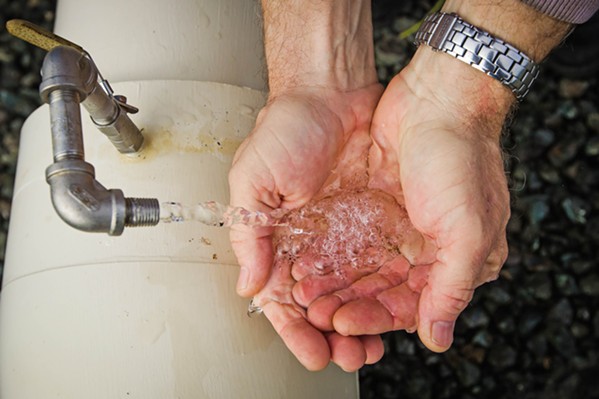 It's been nearly three years since water quality officials discovered levels of trichloroethylene, or TCE, that exceeded the Environmental Protection Agency's (EPA) drinking water standards in the groundwater of domestic wells in the area. While investigators still have not publicly identified the source of the contamination, they say they are getting closer to finding it.

"We basically think we are zeroing in on a hot spot, which will give us clues to the source," said Dean Thomas, a project manager for the Central Coast Regional Water Quality Control Board.

After TCE began showing up in residential wells in 2015, water board investigators conducted tests at multiple properties in an attempt to identify a source. That included the SLO airport, which was cleared as a source for the contamination in August 2016. In 2017, officials identified three commercial properties in the Thread Lane and Buckley Road area for testing. According to an Oct. 18 report to the state water board, two of those properties showed no evidence of being the source of the contamination. However, tests on a third property at 4665 Thread Lane detected TCE in levels more than 156 times higher than the EPA's drinking water standards. Previous reports indicated that the property houses a machine shop that's operated since the 1960s and may have used industrial solvents in the past.

The report to the board did not identify the property as the source. Thomas said that the agency has already drilled additional testing wells on the Thread Lane property and taken more samples. The samples are being tested, and investigators hope to have the results and more information sometime in early December. Δ