Is an unpaid internship the best way to land a career?

At the risk of coming across as narcissistic and grandiose, I’m going to start this story with a personal tale.

Over the years I’ve decided that opening with personal stories usually makes for crappy journalism. This is personal preference I’ve picked up through experience as a writer and reporter, and I was lucky enough to develop that experience by putting in time as an unpaid intern. Actually, I put in time as an unpaid intern over the course of three internships, only one of which was useful.

Particularly for aspiring writers and journalists, the unpaid internship is a loophole in the Catch 22 of landing a job. Prospective publications want to see an expressed ability to do the job, which means they want bylines. I didn’t have many worthy bylines coming out of college, and what I did have was not going to get me a job. In exchange for the opportunity to secure a few articles topped by my printed name, I opted to do grunt work for a weekly paper (not this one) for zero pay and the pleasure of living with my parents.

And according to Charlotte Rinaldi, assistant director of Cal Poly Career Services, people like me—the ones who took crap assignments in the hopes that it would pave the way toward a paying career—might be in the minority. Based on her experience with Cal Poly students, Rinaldi thinks there is a generational shift among students, and fewer of them are willing to work for free. As far as why, she said, “It’s such a cool sociological question.”

There’s a generational aspect, that so-called millennials feel they are entitled to compensation for their work regardless of the hands-on learning benefits. (“And not in a bad way,” she noted.) Then there are economic factors and the modern realities awaiting students after graduation. It could also be a sign of the proliferation of online information about interns who have fought for their right to be compensated.

In fact, Pro Publica maintains an online tracking of intern lawsuits. The site has tracked 35 lawsuits that are in various stages of seeking an answer to the question of whether interns should and/or must be paid. Many of the cases are still in progress or awaiting appeal decisions. Many were settled for undisclosed amounts. One lawsuit, in particular generated headlines in 2011, when two production interns argued that Fox Searchlight Pictures violated minimum wage laws for failing to pay them for their work on Black Swan. A federal judge ruled in 2013 that the interns were correct and should have been paid, according to Pro Publica, prompting “a rising tide of new lawsuits.”

As more cases reach resolutions and solidify the law over paid and unpaid internships, the existing labor law remains somewhat murky. According to a 2010 U.S. Department of Labor fact sheet—which several people who spoke for this story cited as the best guidance—there are six criteria that must be applied when a for-profit, private-sector employer chooses not to pay its interns: 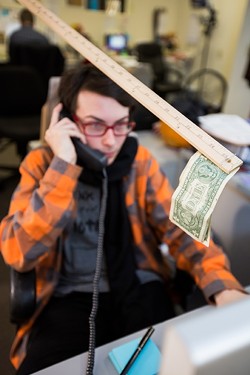 1. “The internship, even though it includes actual operation of the facilities of the employer, is similar to training which would be given in an educational environment.”

2. “The internship experience is for the benefit of the intern.”

3. “The intern does not displace regular employees, but works under close supervision of existing staff.”

4. “The employer that provides the training derives no immediate advantage from the activities of the intern; and on occasion its operations may actually be impeded.”

5. “The intern is not necessarily entitled to a job at the conclusion of the internship.”

6. “The employer and the intern understand that the intern is not entitled to wages for the time spent in the internship.”

Despite the rising tide of interns demanding to be paid for their work, money is not the primary reason they choose to go into an internship. According to the 2012 “Internship Salary Report” by Intern Bridge, students choose internships first and foremost “to gain hands on experience in my field.” They ranked “to earn money” as the eighth most important factor.

The study further found that 18.2 percent of interns are neither paid for their internship nor do they receive college credit (“a major violation of the Fair Labor Standard Act,” the study concludes), which actually reflected a 3.2 increase over the 2010 study. On average, interns that year reported earning $13.50 per hour. And students who reported earning no money were twice as likely to be earning college credit than paid interns.

Overall, interns who made more money reported having a more thorough understanding of the occupation, better knowledge of the advantages and disadvantages, and a higher likelihood to accept a job offer than interns on the lower end of the pay scale.

And despite the notion that unpaid internships offer a clear path toward a full-time job, the National Association of Colleges and Employers found the opposite. In its 2013 Student Survey, the association reported that nearly twice as many paid interns (63.1 percent) received at least one job offer compared to unpaid interns (37 percent).

In general, according to Rinaldi, industries that don’t have a high demand for employees are more likely to pay for interns than other industries—such as journalism and entertainment—where there is a glut of potential employees. For example: A computer science student, where demand is high for employees, is probably more likely to land a paid internship than an aspiring filmmaker, where demand is not high for employees. Although, she added, “Right now, internships are less likely to be unpaid than they ever have been because of legal attention that’s being put on [employers].”

At least one local employer believes that it is flat-out illegal to bring on unpaid interns. Kristin Horowitz is the executive director of the nonprofit SLO OP Climbing and production manager of the for-profit All Out Events.

“It really offends me that people offer unpaid internships because it’s tradition,” she said.

On the nonprofit side, Horowitz utilizes volunteers, which she said differ from unpaid interns because “you’re volunteering your time for something you believe in.” When it comes to her business, she pays interns, but does not place them in administrative positions or parts of the business that require a dedicated staff person. Really, she said, an intern should be more difficult from a business standpoint, because she’s supposed to be teaching them, but they should also be compensated for their time.

“An internship, it usually creates more work for me,” Horowitz said.