Is it hot in here?

Or is it just me? 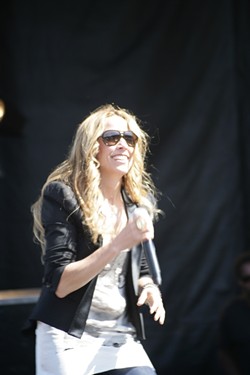 If you’re reading this, that means either Jesus didn’t come to Earth and take all the Christians to Heaven in The Rapture, or worse, he did come but he didn’t take me!

I was going to go to Sustenance Cooking Studio for the “End of the World Party” on Saturday, May 21. It was billed as a last hurrah before the predicted end of the world as we know it. Instead, I barbecued at home, fell asleep at 9 p.m., and—pow!—I wake up thinking, “Geez, heaven sure smells a lot like my four dogs and feels exactly like my bed.”

I open the blinds, don’t see any empty piles of clothing (Christians go to heaven naked, not in Dockers and Polo shirts) or cars driven into rose bushes. Even though about half a million people and I had confirmed we’d join in the Post Rapture Looting Party via Facebook, it looks instead like a better day to sleep in a bit, go to the pool, head to the Sheryl Crow concert, and then see Pirates of the Caribbean: On Stranger Tides. 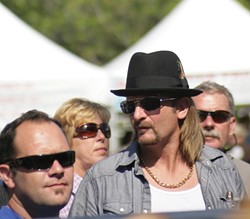 Snore, snore. Splash, splash. It’s now 3:30 p.m. and I’m at Avila Beach on a sunny, 75-degree day. I arrive just as Hot Buttered Rum has finished their set, and according to the announcer, Sheryl Crow will be on in 25 minutes, so my friend Keith and I beeline it for the beer stand.

Holy crap, is that Kid Rock?

Keith and I order a couple $10 beers (Geez, do we get a reach-around with that?) and wander around.

“Man, these gals are going all out,” says Keith, taking in the local flora and fauna. 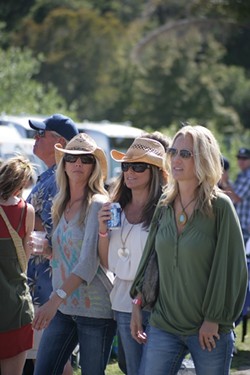 Then the actual Sheryl Crow hits the stage to thunderous applause. She’s in a jovial mood, working the stage, reaching out and touching her fans’ hands.

Her band is tight! Horn section, back-up singers, the whole shebang. She’s chatting up the crowd when she sees fake Kid Rock off to one side. 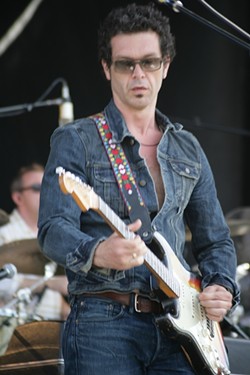 The set is proceeding nicely, but Keith and I can’t help but notice how drunk a lot of the guys are.

“All the girls are hot and the guys are hammered,” says Keith.

And just then—seriously!—Sheryl Crow says, “Oh my God, you guys look so … drunk!”

The drunk guys seem especially excited to be acknowledged as drunk, probably because at $10 a beer, they’ve made a big investment to be that way.

Then Sheryl says, “I’m going to sing a song about five strippers I once knew—hardworking girls all, putting themselves through veterinary school.” 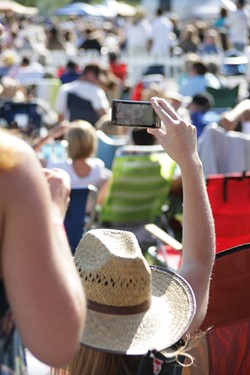 OK, wait a minute. I’m in a mass of humanity with sexy girls who don’t love me, drunk guys who probably want to fight me, overpriced beers, nowhere to sit, and Sheryl Crow is singing about a quintet of nekkid bestiality-prone sylphs. So this is what Hell is like.

Hmm. I thought it’d be hotter.