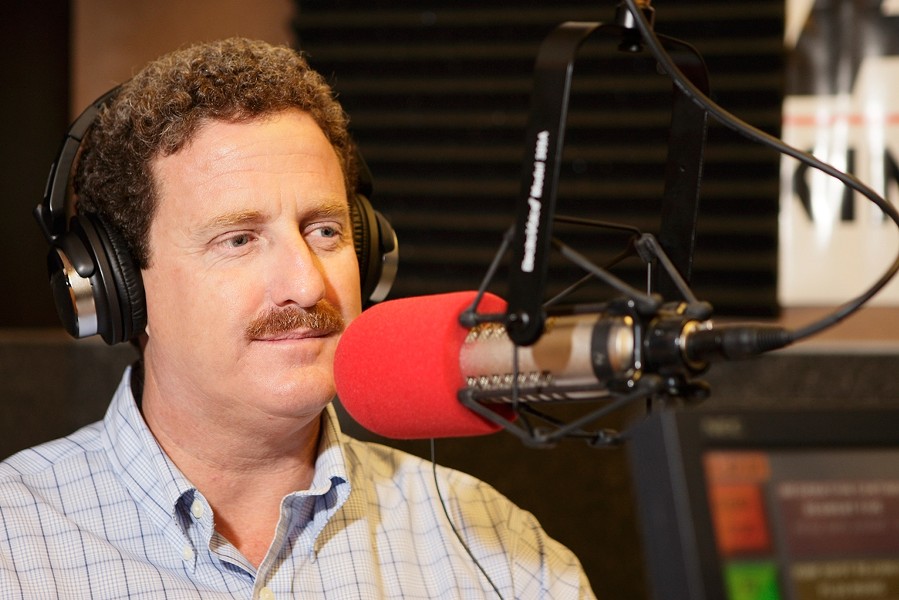 A riddle: A group that criticizes environmental groups is worried about the environmental impacts of a new county policy. They believe the same policy some claim preserves agriculture and open space in fact hurts rural landowners. Who are they?

The answer is the Agriculture, Business & Labor Educational Coalition of San Luis Obispo County or the Coalition of Labor, Agriculture & Business or just COLAB. Their latest title is plaintiff.

And their first legal challenge in SLO County is a significant one. Members of COLAB filed a lawsuit in July that, if they win, will derail the smart growth policies recently adopted into the county general plan. Smart growth, COLAB representatives say, gives local politicians and bureaucrats a veritable chokehold on private-property rights.

“They get to pass the ordinance first and discuss the details later,” COLAB leader Andy Caldwell said. “And that’s just not right.

As far as local land use polices go, smart growth is among the buzziest of buzzwords. The term is thrown around often, but means little more than condensed development in urban areas (cities and towns) around existing infrastructure, leaving surrounding areas preserved for agriculture and open space.

According to COLAB’s lawsuit, county officials didn’t fully vet smart growth policies before adopting them into the general plan—county officials began work on the policies about four years ago and approved the language in April of this year. Smart growth in SLO County passed under a mitigated negative declaration, meaning there are some environmental impacts but ones that can be offset. That is, of course, if the county was right in its environmental determination. COLAB members argue the county should have performed a complete Environmental Impact Report (EIR). EIRs are expensive—often costing hundreds of thousands to more than a million dollars— and can take years to complete. Indeed, a mandated EIR could easily disrupt smart growth policies in the county.

“Until the environmental impact review is done, the county shouldn’t continue to rewrite all the elements of the general plan until they know what all the ramifications of the EIR are to be,” said Charles Daugherty, the SLO attorney representing COLAB. But in speaking with New Times, Daugherty also made clear that COLAB is not part of the larger local environmental community. “The strange thing is the environmental community is pushing for smart growth but the environmental community doesn’t want to do an EIR to pass their own ordinance.”
Led by Santa Maria talk radio host Caldwell, COLAB has become an increasing presence in SLO County government. The group formed locally this year with the self-described mission of protecting property rights and providing a counter point to “special interest groups who focus is solely upon preservation to the exclusion of economic vitality,” [Colin, please check quote] according to their website. The group began, however, in 1992 in Santa Maria.

On paper, their lawsuit is about the unanalyzed environmental impacts of smart growth. But COLAB is seeking more than just a larger stack of environmental studies.

“We believe … doing a full-blown EIR will flush out the fact that the smart growth policies that they’re trying to create and implement are going to be bad for the economy and secondly they’re going to be detrimental to private-property rights,” Caldwell said. Asked why the lawsuit wasn’t filed because of the affects on the economy and private property, he said, “That’s not a legal argument.”

Placing emphasis on wrangling development into urban centers means more restrictions on development in the rural areas, which is sometimes referred to as urban sprawl. Ranchers who want to subdivide their properties and build houses, for example, have trouble doing so because of smart growth policy.

Chuck Stevenson, a county planner who helped develop the local smart growth policies, said development in such rural areas tends to cater to the wealthy. In SLO County, projects in the rural areas are regularly criticized for being so-called ranchettes, or McMansions. “So what we’re seeing is the types of housing built is not suitable to people who could live here that most could afford,” Stevenson said.

There was no EIR on smart growth, Stevenson added, because there was no physical project.

Before the lawsuit is settled, COLAB wants to halt the county’s ability to enforce smart growth policies. The court denied one request that would have prevented the county from enforcing smart growth in the interim. The group has another similar request scheduled to go to court on Sept. 24.

“In the meantime, I can tell you that the county believes there is no merit to the lawsuit,” County Counsel Warren Jensen said in an e-mail.

“Where does smart growth take into account the fact that the ranching industry is on the rope?” Caldwell said. “And unless they can supplement their income … they’re not going to make it.”

From the other side, County Agricultural Commissioner Bob Lilley said, “Our interest is to protect agriculture resources and agriculture development.” Problems arise, he said, because ranchers and farmers “generally speaking, they like to have options.”

Staff writer Colin Rigley is not smart and stopped growing long ago. He can be reached at crigley@newtimesslo.com.