It's time to really turn up the heat: Shut down Diablo

President Obama said he's confident about nuclear power, but if there's an accident, we're on our own 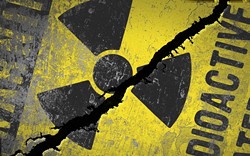 If President Obama is so confident about the safety of nuclear power, why does federal law protect PG&E and other utilities from liability for nuclear accidents under the Price Anderson Act?

In 1981, tens of thousands of California residents protested the opening of the Diablo Canyon nuclear power plant. The main reason for the massive demonstrations, which continued for weeks and included arrests of many nonviolent protesters (I know, I was there), is the plant was stupidly built near the San Andreas Fault. Though thousands of residents opposed the plans from the get-go, PG&E won, and the majority of the people could do nothing about it. When it comes to such important decisions as whether or not there should be drilling for oil and whether nuclear power plants should be built in our neighborhoods, we apparently have no say.

We were told Diablo Canyon is designed to withstand a 7.5-magnitude earthquake from four faults, including the nearby San Andreas and Hosgri faults. Ironically, Japan’s leaders said the same thing President Obama is insisting in the middle of Japan’s worst nightmare since World War II, the 9.0-magnitude earthquake and ensuing tsunami: President Obama announced he is “confident about the safety of nuclear power in the U.S.” at the same time Japan faces nuclear meltdown. Talk about destroying your credibility!

The New York Times on March 15 reported, “Japan’s nuclear crisis verged toward catastrophe on Tuesday after an explosion damaged the vessel containing the nuclear core at one reactor and a fire at another spewed large amounts of radioactive material into the air, according to the statements of Japanese government and industry officials.” The situation is dire.

European leaders stand in direct contrast to President Obama’s sense of confidence. Leaders in Germany, Switzerland, and Britain have decided to suspend plans for future nuclear power plants and are shutting down or seriously considering shutting down current plants for safety examinations, especially older plants built in the 1970s.

There are no such plans for suspending operation of the Diablo Canyon Power Plant, proving once again we have a president and a government who care more about protecting the industry than people.

I’d like to see President Obama stand in front of the Diablo Canyon nuclear power plant when an earthquake hits to announce: “I’m confident, everyone! I’m confident!” But as a Central Coast resident, I can certainly attest that the last thing we want is an earthquake, because what happened in Japan could happen here, tsunami or no tsunami.

If President Obama really cared about us, he would do exactly what European leaders
are doing: suspend operation of all domestic nuclear power plants, or at least those located
in potential earthquake locations, and especially those that already have had flaws revealed by inspections.

PG&E has applied to the NRC to renew the operating licenses for Diablo Canyon’s two reactors. They absolutely must not be renewed, given Japan’s nuclear crisis. Central Coast residents must be vocal in opposing that application. We need to turn up the pressure more than ever, as Japan’s nuclear crisis makes perfectly clear. We have absolute proof it is unsafe to keep PG&E’s nuclear power plant running on the Central Coast. We can’t just cross our fingers and hope the same scenario doesn’t happen here, when it certainly can happen here. Our survival depends upon our actions.

It’s been repeated that renewable energy sources are not sufficient. That’s another PR lie sponsored by the oil, nuclear energy, and coal industries. There are many environmentally safe alternatives that have been denied a fair chance in the so-called free market essentially because our government is owned by those industries. For example, electric cars are finally getting a chance to advance after Big Oil successfully buried them for a couple of decades. See the film Who Killed the Electric Car?

I suppose President Obama is preoccupied with such pressing concerns as attending a white-tie party with his good friend, Jeffrey Immelt, CEO of General Electric, whom he appointed to promote jobs in America. Oh, speaking of Jeff Immelt, Japan’s nuclear power plants were designed and built by—that’s right: General Electric.

Jacqueline Marcus taught philosophy at Cuesta College. Her book of poems, Close to the Shore, was published by Michigan State University Press. Marcus lives in Los Osos. Send comments via the opinion editor at econnolly@newtimesslo.com.