If he stays true to form, Jackson Browne's Vina Robles Amphitheatre show this Wednesday, Aug. 1 (8 p.m.; all ages; $55 to $95 at vinaroblesamphitheatre.com) will deliver a lot of his greatest hits. His last few shows have featured a very similar set list right down to the encore. If you're going and want to be surprised, don't read this! If you're on the fence and want to make sure he'll play your favorites, read on. 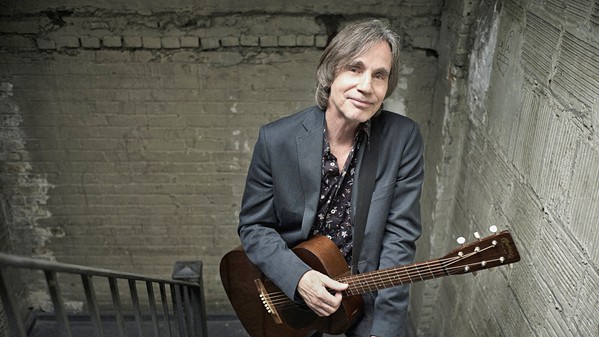 At both his July 20 show at Outlaw Field in Boise, Idaho, and his July 22 show at McMenamins in Troutdale, Oregon, he played "Some Bridges," "That Girl Could Sing," "You Love the Thunder," "The Dreamer," "Lives in the Balance," "Sky Blue and Black," "Doctor My Eyes," "These Days," "Lawless Avenue," "For a Dancer," "Looking East," "Your Bright Baby Blues," "Rock Me on the Water," "For Taking the Trouble," "Call it a Loan," "Red Neck Friend," the Little Steven cover "I Am a Patriot," "Never Stop," the Warren Zevon cover "Lawyers, Gun and Money," "In the Shape of a Heart" (he only played this one in Boise), "The Pretender," and "Running on Empty."

For his encore, he came back with the Eagles cover "Take It Easy" and "Our Lady of the Well," and when he was called out for a second encore at Edgefield, he finished with "The Load Out/Stay."

That's a pretty solid show, and with a few minor variations, it's the show he's been playing all summer. He's swapped in a few other songs, such as "Before the Deluge" and "Fountain of Sorrow," but the bottom line is this: If you're a fan of Jackson Browne, he's going to give you what you want next Wednesday in Paso!

Austin country-soul and swamp-funk act Shinyribs is coming to The Siren this Tuesday, July 31, thanks to Numbskull and Good Medicine Presents (7 p.m.; 21-and-older; $15 presale at ticketfly.com and Boo Boo's or $20 at the door).

This band's a hoot! Fronted by singer-guitarist Kevin Russell (The Gourds), they mix country sounds with phat horns, backup singers, and R&B stylings. Russell's a ripping good guitarist and super fun singer. If you like Southern Culture on the Skids or Nathaniel Rateliff and the Nightsweats, you'll dig this! Still not sold? Go online and watch their cover of Bowie's "Golden Years." It's magic!

After playing The Siren, Lloyd and his band will co-headline the Mammoth Lakes Bluesapalooza the following day. Don't miss your chance to catch him in the intimate Siren! Local band, Blues Asylum, will back him up in Morro Bay. 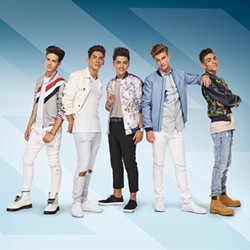 Kelly Clarkson, Carrie Underwood, and Taylor Hicks were a few of the show's season winners. There was also a panel of judges that critiqued contestants' vocal performances, including Paula Abdul, Keith Urban, Jennifer Lopez, Harry Connick Jr., and others.

The show also introduced America to terrible performers like William Hung, and we developed our national love-hate relationship with Simon Cowell thanks to American Idol.

I have no idea who the contestants are, the judges, or anything else, but boy band In Real Life will open the show. The five members of In Real Life—Brady Tutton, Chance Perez, Drew Ramos, Sergio Calderon, and Michael Conor—were the finalists from the reality TV competition Boy Band.

A fair to remember

There are a few more days of musical entertainment at this year's Mid-State Fair. On Thursday, July 26, see Blood, Sweat & Tears for free at 6:30 and 8:30 p.m. on the Fort Frontier Stage; and in the Chumash Grandstand Arena, see two-time Academy of Country Music and Country Music Association Entertainer of the Year Luke Bryan (7:30 p.m.; all ages; $51 to $156 at midstatefair.com) and opener Jon Pardi. 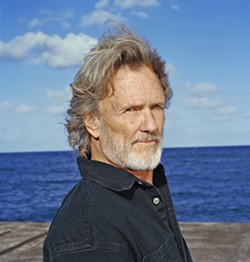 On Saturday, July 28, Kris Kristofferson plays for free on the Fort Frontier Stage at 6:30 and 8:30 p.m. I'm pretty excited about this one! Kristofferson is an amazing dude. You might know him as a singer and actor, but in college he appeared in Sports Illustrated due to his rugby, football, and track and field prowess. He graduated summa cum laude in literature, earned a Rhodes scholarship to Oxford, and rose to the rank of captain in the U.S. Army, where he was a helicopter pilot (he also completed Ranger School, which means he can kill you with his thumb). Oh yeah, he's also written amazing songs such as "Sunday Mornin' Comin' Down," "Me and Bobby McGee," and "Help Me Make it Through the Night."

New Times will begin accepting entries for the 10th annual NTMAs beginning this Thursday, July 26, through Monday, Aug. 20. You'll find entry forms and can read the rules on our website or in this issue on page 8.

Ernie Ball has generously donated a Music Man Valentine guitar (retail value of $2,199), which we're raffling off. Buy a $10 ticket for one chance to win or buy three entries for $25. You can get your raffle tickets at my805tix.com. All funds raised will help underwrite the costs of the music awards and live music event on Friday, Nov. 2, in the Fremont Theater.

Good luck and get those entries in!

Shadowlands, our local ethereal folk pop super group, is releasing two new singles this month, and they have a few shows to promote the new recordings. You can hear "Father's Eyes, Mother Tongue" on the band's website, shadowlandscalifornia.com). Expect "The Wilderness" to be released by show time, which is Saturday, July 28, at Cambria's Stolo Family Vineyards (3 to 5 p.m.; all ages; free). 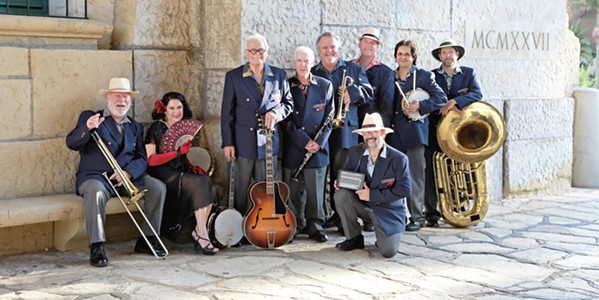 Cambria Concerts Unplugged presents The Sunny Wright Trio on Sunday, July 29 (4 p.m.; all ages; $20 to $30 at my805tix.com). Expect jazz standards and old-fashioned elegance at the lovely and acoustically marvelous Old Santa Rosa Chapel. There are only 85 seats, so call now before it's too late!