Dangerous criminals may be released prematurely. 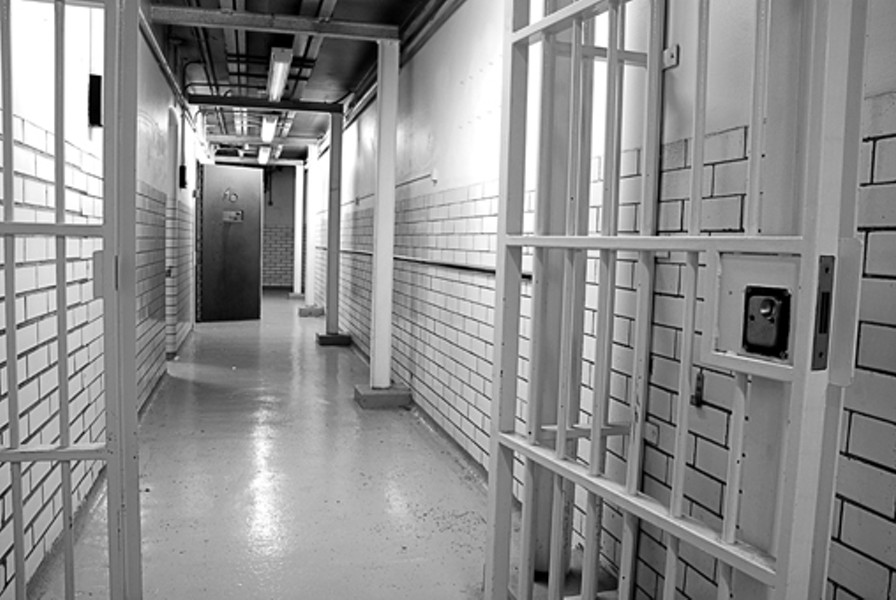 img2978Sheriff Pat Hedges recently had the unfortunate task of notifying 11 valued employees they may soon be out of a job due to potential budget cuts in the upcoming fiscal year. The loss of even one job in an economy such as this is troubling, but the repercussions of these particular cuts may have a far-reaching, long-lasting, and costly effect on the health and safety of our communities.

The eleven employees who may be laid off all happen to work in the county jail; ten are correctional officers, and one is a jail technician. These potential job losses are due to a deficit in the sheriff’s budget that may be as high as $2 million in the coming year.  Should these cuts occur, they will leave Sheriff Hedges with little choice but to close an inmate housing unit due to a lack of available correctional staff.

A jail housing unit typically contains 50 to 60 beds, which translate into 50 to 60 inmates being released before they’ve fully paid their debt to society.  Some people may argue it is only low-risk inmates who will be released, but the reality is that with all the various programs in place to divert convicted offenders away from incarceration there are fewer and fewer “low risk” inmates behind bars.

Consider that a substantial number of convictions in our courts occur as a result of plea bargains: dismissal of a felony charge upon a guilty plea to a misdemeanor.  As a result, the sentences being served by inmates often bear little relation to the severity of the original crime.  It is entirely possible for inmates with violent histories to be released early only because their current sentence was considered low risk.  Take for example the case of Alberto Alvarez,  who was recently convicted of murdering former Lompoc Police Officer Richard May. It just so happens that when Alvarez murdered officer May he was on the streets after being released early from prison for marijuana sales, a nonviolent, low-level offense.

Previous cuts to the sheriff’s budget have resulted primarily in cutbacks to patrol staffing.  Reduced patrols have been felt by residents living in our unincorporated communities and the outlying areas. The new cuts and resultant early release of 50 to 60 inmates will have a cost that will be borne by us all whether we live in cities or unincorporated towns.  These inmates, many of whom are undereducated and short on job skills, are being released into a hard-hit economy where even college grads are having difficulty finding meaningful work.

But this is just the tip of the iceberg.  Within months California state prisons will begin releasing an additional 6,300 inmates early due to a new law enacted last month.  We’re also facing a pending federal court-ordered release of up to 40,000 more state prisoners due to a lawsuit regarding overcrowding.

If this weren’t enough, these “catch and release” programs have included new rules for supervising the early released inmates.  These new rules are known as “non-revocable parole.” This means many of these inmates will not be supervised by parole agents nor will they have their parole status violated for new crimes they commit.

In the ultimate display of chutzpah, we’re actually hearing from state officials that the pending early release of 40,000+ inmates, non-revocable parole, significantly less supervision of parolees, and severe reductions in meaningful rehabilitation programs are good for public safety and will make our communities safer. Only in Sacramento does such logic make sense.

State officials are simply washing their hands of any responsibility for these inmates and dumping the problem squarely in the laps of our cities and counties, and it couldn’t come at a worse possible time.  With many of our state’s law enforcement agencies stretched thin due to budget cuts, the timing could not be worse for this tsunami of soon-to-be released inmates into our communities.  Add in California’s notoriously high recidivism rate and it seems like a sure recipe for increased crime victimization in our communities.

I have no doubt Sheriff Hedges will be a strong and effective advocate for additional funding to maintain necessary jail staffing.  Our county supervisors have a long history of supporting public safety, and I ask county residents to join me in contacting our supervisors to ensure safe communities are their number one priority during the upcoming budget preparations.

Likewise, state officials should be strongly encouraged to restore revocable parole, and skim off some of the prison system savings to hire back retired parole agents on a part-time basis to help facilitate these inmates’ adjustment into society, and to readily return the re-offenders back behind bars.

Joe Cortez is a candidate for sheriff. He resides in Pismo Beach. Send comments via the editor
at econnolly@newtimesslo.com