Jamestown Revival's new album San Isabel is just as sparse, breathtaking, and starkly beautiful as the place it was recorded—a remote cabin in central Colorado with a mountainous view of the San Isabel National Forest. 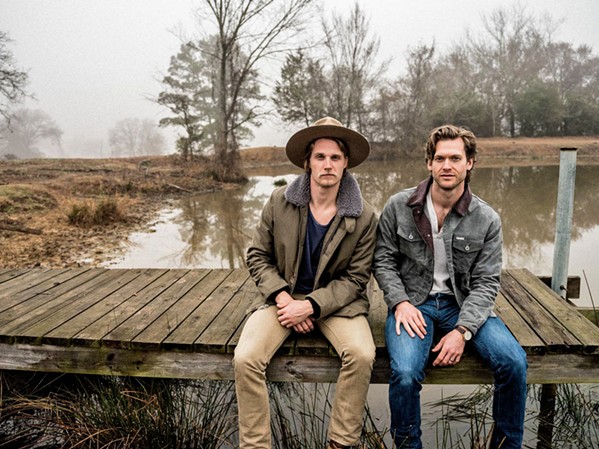 "We were out there probably 17 days. Everything just slows down," co-frontman Zach Chance explained in press materials. "We'd go into town to get food in the evenings, just to break it up, but most days when we were recording we would have the doors and the windows open, and the breeze going through it. It's a small cabin so it's cozy."

"It's got so much character. You walk into this place and it gives you a really cool feeling," co-frontman Jonathan Clay added. "The spirit of that mountain range is all over this record."

There's something calm and contemplative about the 11 new minimalist songs.

"When we sat down to write this record, we asked ourselves, 'What kind of record do we want to write?'" Clay recalled. "The first thing that came up in that conversation was, 'Well, why did we even start Jamestown Revival in the first place?' It was because we enjoyed singing harmonies so much. So we decided to write a record built around that. That's what we started doing this for. It's really as simple as that. To us, harmonies are the third man. It's what makes a song feel complete."

Clay mostly sings lead with Chance on the high harmony, which adds to the songs' lonesome quality. Every once in a while, however, Clay's baritone slips under Chance's tenor lead.

"It's not about who's singing the loudest or who's getting the voice with the most recognition. It's about blending these voices together so it makes the most impact," Chance said. "I grew up playing basketball and baseball, and in my mind, harmony is a team sport and it's a sum of all the parts."

For the recording, they enlisted a co-producer—Jamie Mefford (Nathaniel Rateliff, Gregory Alan Isakov). Their new songs found inspiration in '60s and early-'70s folk and pop, and they noted early John Denver and Bob Dylan; Simon & Garfunkel; and Crosby, Stills, Nash & Young as influences.

"This record is different than our previous two and it definitely has more of an ethereal thing," Chance said. "The heads and tails of the songs are longer, so it really is creating a trance. We love records that you can drive to, and hopefully this is one that you can take a road trip to. Jamie really helped bring that out. We would record and get the essentials, whether it be an acoustic guitar or an electric guitar. Then we would add what we started calling 'celestial seasonings,' where we would do these tracks with an ethereal vibe, which became an undercurrent throughout the record."

One thing's for certain: This pair, who've been close since they met at 15, write great songs together.

"People say they can see it and they can feel it," Clay said. "I mean, we've been friends forever, it feels like. It's a brotherhood. We don't always like each other but we love each other, you know? We truly enjoy being able to do what we do, to make music and travel together."

Numbskull and Good Medicine Presents hosts Jamestown Revival at BarrelHouse Brewing on Saturday, March 7 (doors at 5 p.m.; all ages; $22 presale Boo Boo's and eventbrite.com or $25 at the door).

His stage name might be pronounced "nightmare," but for EDM fans, Nghtmre (née Tyler Marenyi) is a dream come true: a DJ and electronic dance music producer who can rev up a crowd like a piano virtuoso tickles the ivories. You can watch online his performance at last summer's Electric Daisy Carnival and see the audience eating out of his hand. 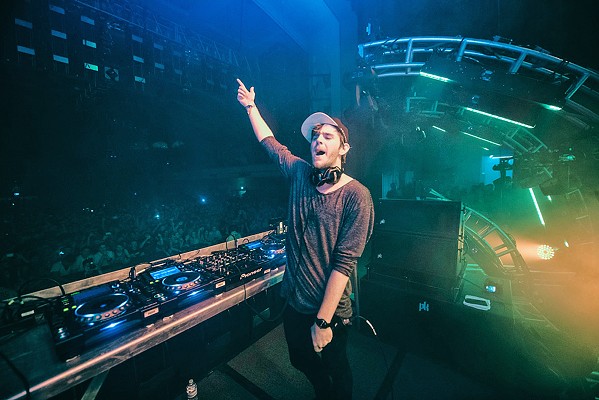 Nghtmre hits the Fremont Theater as part of his The Portal Tour on Monday, March 9 (doors at 8 p.m.; all ages; $33.17 presale at Boo Boo's and fremontslo.com), with Crankdat, Wavedash, and Black A.M. opening.

Hip-hop and rap sensation Andre Nickatina returns to the area to play the Fremont on Friday, March 6 (doors at 8 p.m.; all ages; $33.17 presale at Boo Boo's and fremontslo.com), with J. Lately opening. 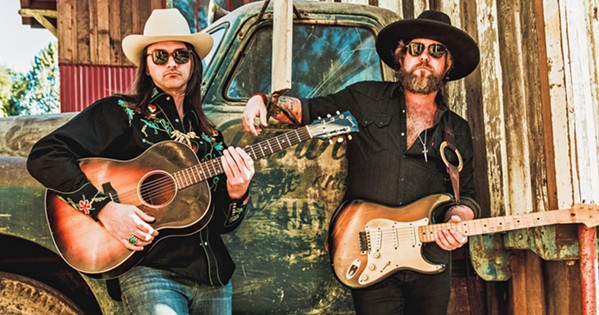 "The show features new music, songs from their solo projects, and classic Allman Brothers and Gregg Allman tunes in honor of the 50th anniversary of The Allman Brothers Band," press materials explain. 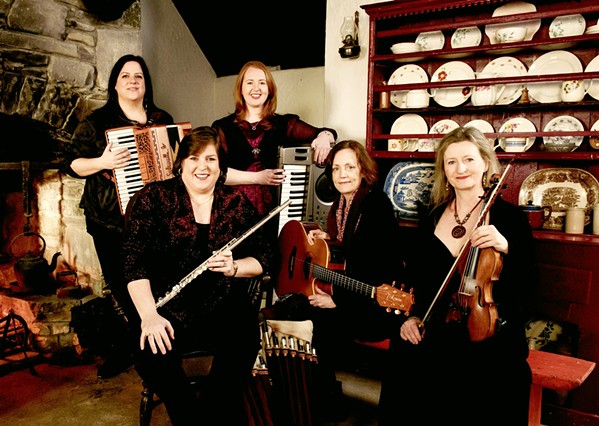 This Grammy-nominated Irish American super group "formed in New York City in 1985 to celebrate the rise of extraordinary women in what had been a male-dominated Irish music scene," press materials explain. "Over the past 35 years, they've toured the world, played the White House and the Olympics, and recorded 17 critically acclaimed albums, including their latest release, Heart of the Home."

Hot on the heals of their awesome new album, Vintage Millennial, Hayley and the Crushers will play a concert at the SLO Library featuring live art created by Neal Breton and Reid Cain this Friday, March 6 (7 to 9 p.m.; all ages; free). In partnership with ARTS Obispo and Art After Dark, step into a sunny living art scene with live surf punk music! Attendees are encouraged to wear their best beach and pool garb. Prizes will be awarded for best dressed.

Monterey-based singer-songwriter Zack Freitas plays two local shows this Saturday, March 7, starting with a 2 p.m. solo set at The Siren in Morro Bay (21-and-older; free) before heading into SLO Town to play a late-night show with his band Bad Juju at the Frog and Peach (10 p.m. to 1 a.m.; 21-and-older). Freitas is touring down the coast to promote his EP Sweet Oblivion Tastes Like Peaches. 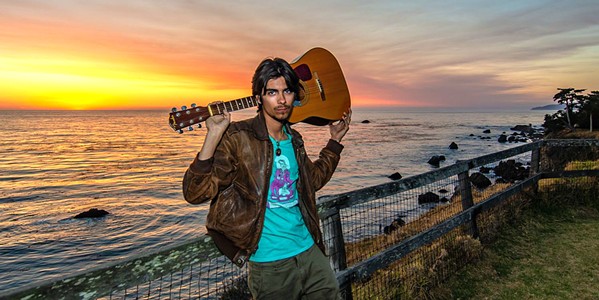 The Eric Shechter Trio plays a live jazz concert at the SLO Museum of Art this Saturday, March 7 (4 p.m.; all ages; $20). Expect an afternoon of piano-driven jazz standards by this trio of SLO natives that also includes Darrell Voss on percussion and Dylan Johnson on upright bass. "A fifth-generation Kentuckian, Davis grew up in Carroll County with faint residues of old-time music lingering in the air and in his family's past," press materials said. 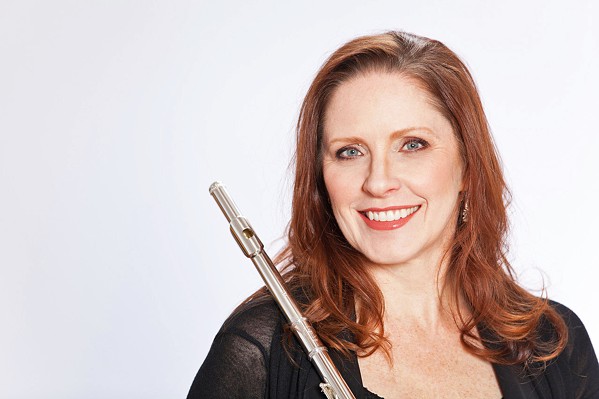 Flutist Suzanne Duffy plays the Cal Poly Wind Band concert this Sunday, March 8, in Miossi Hall of the Performing Arts Center (3 p.m.; ages 5 and up; $12 or $14 for the public and $9 or $12 for students at (805) 756-4849). The Wind Band will perform music professor Antonio G. Barata's new composition, "Winds of Change." Duffy will perform Stephen Bulla's "Rhapsody for Flute" with the Wind Ensemble. The group will conclude its set with Frank Ticheli's "Blue Shades."

Songwriters at Play hosts a Dan Fogelberg tribute showcase on Tuesday, March 10, at Morro Bay's The Savory Palette (seating has sold out, but some $10 standing-room-only tickets will be available at the show starting at 5:30 p.m.; show at 6:30 p.m.; 21-and-older). Performers include Jeff Pine, Ben Davis, Douglas Romayne, Barry McGuire, Steve Key, BanjerDan, Tim Styles, Ben Greenberg, and two duos: Bob & Wendy and To Wake You. Δ