JD McPherson will make the June 13 to 15 Live Oak Music Festival even better than usual!

JD McPherson’s debut album, Signs & Signifiers, has been in heavy rotation on my home stereo system for more than a year now, so when I heard he was playing at the Live Oak Music Festival (June 13 to 15) on Saturday, June 14, I just about wet myself.

The roots rocker’s album is filled with tight tunes that blur genre lines. What the songs all have in common is every one of them burrows into your head and refuses to leave.

“There are little subcultures within the roots scene, where people are really into rockabilly, traditional hillbilly stuff, or old-timey music,” McPherson points out in press materials, “but there aren’t a whole lot of folks making hard-core rhythm and blues hearkening back to Specialty, Vee-Jay, or labels like that. That’s what [producer] Jimmy [Sutton, bass and backing vocals] and I really like, and our only intention going in was just to make a solid rhythm and blues/rock ’n’ roll record. But I didn’t want to make a time-machine record, so we tried to make something relevant but with all the things we love about rock ’n’ roll and rhythm and blues and mesh it all together. We both have eclectic tastes; Jimmy likes the Clash as much as he likes Little Richard, and I like the Pixies, T.Rex, hip-hop, and all kinds of stuff. So we came up with a couple of weird songs and put them on the record, hoping that it wouldn’t scare off any of our ultra-selective fanbase.”

A gritty, voodoo-inflected song like “Wolfteeth” just about sends me into an apoplectic snake-handling shudder. And McPherson’s cover of Joey Simeome’s “Your Love (All That I’m Missing)” is so infectiously good, I feel like I need a vaccine every time I hear it. The slow burning ballad “A Gentle Awakening” begs to be made-out to at the drive-in, and “I Can’t Complain” is the music you want as your theme song when you walk into a hoppin’ house party.

If you want to know just how informed his retro sound is by contemporary influences, dig this info from his bio: “It’s highly unlikely that even the most discerning listeners would guess that the arrangement on [McPherson’s] cover of Tiny Kennedy’s R&B chestnut ‘Country Boy’ incorporates not only the tambourine beat of Ruth Brown’s 1955 Atlantic single ‘Mama, He Treats Your Daughter Mean,’ but also Raekwon and RZA’s ‘abstract, out-of-tune piano loops’ on Wu-Tang Clan’s innovative ’93 LP Enter the Wu-Tang; or that the mesmerizing churner ‘Signs & Signifiers’ is powered by an unchanging tremolo guitar figure modeled on Johnny Marr’s part on the Smiths’ ‘How Soon Is Now.’ Then there’s ‘Firebug,’ which JD ‘wanted to sound as if Stiff Little Fingers had recorded at Del-Fi Records.’ Never has an album of so-called ‘retro’ music been laced with such a rich payload of postmodern nuance.”

Much of this desire to reflect the contemporary into a dated sound was to avoid mere imitation.

“It’s weird,” Sutton added, “when you grow up being a fan of ‘older’ music and all of a sudden you’re making a record, you’re thinking, are we just re-creating something—a museum piece—or are we actually bringing it forward? It’s interesting, because if you make something today and it moves you today, in that sense it’s contemporary. I like that juxtaposition of classic and fresh, something old yet new that can actually take you somewhere now.”

I can’t wait to see this act live, and it’s not too late for you to get tickets to Live Oak, either full festival camping passes or single day pass. Just visit liveoakfest.org and follow the links. There’re so many great acts this year, from Dave and Phil Alvin with The Guilty Ones to Shadowlands to The Boogaloo Assassins to The Monroe to Holly Williams to Railroad Earth. If you’ve never been, this is the year to dive in, and if you’ve been before but are on the fence, get off the fence and let’s go! 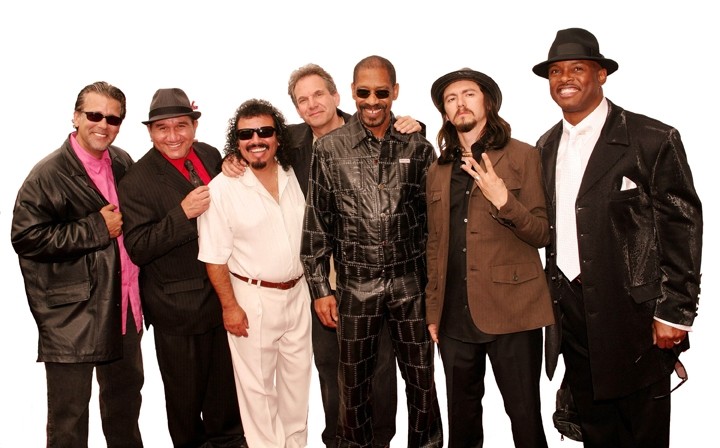 The event takes place at Live Oak Camp, off Highway 154, about 80 minutes south of SLO Town.

Last year’s inaugural season at Vina Robles demonstrated what an amazing venue the space was, but this year the team behind the space is going to prove they can bring in the sort of acts SLO County and the surrounding area want to see, thanks to teaming up with Nederlander, which also books The Greek Theatre and the Santa Barbara County Bowl.

They kickoff the 2014 season this Friday, May 30, with a classic ’70s throwback double bill featuring Grammy Award-winning stoner comedy duo Cheech and Chong and classic funk act War, known for songs such as “Low Rider,” “Spill the Wine,” “Summer,” “Why Can’t We Be Friends?,” “The Cisco Kid,” and “The World is a Ghetto.” 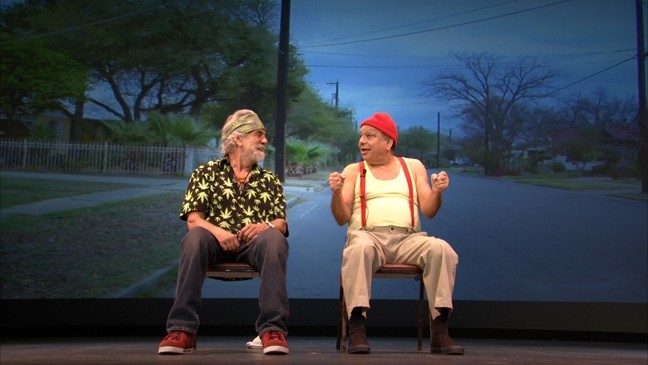 The easiest way to find tickets is to plug the venue name into your search engine and follow the links. War tickets are between $65 and $168 depending on the seats. You can also call (866) 820-4553 and order by phone.

It’s still a week away, but you should get tickets now to see singer-songwriter Karla Bonoff, who headlines the ninth annual Benefit Concert for Escuela del Rio on Friday, June 6, at 7 p.m. at Castoro Cellars Winery ($30; online at castorocellars.com or by phone at 238-0725).

Bonoff’s songwriting career really started to soar in 1976 when Linda Ronstadt recorded three of Bonoff’s songs—“Someone to Lay Down Beside Me,” “Lose Again,” and “If He’s Ever Near”—on Hasten Down the Wind. But Ronstadt is just one of myriad artists to interpret Bonoff’s songs. Bonnie Raitt covered “Home,” Wynonna Judd covered “Tell Me Why,” and Lynn Anderson covered “Isn’t Always Love.”

An engaging and earthy performer in her own right, Bonoff continues to tour extensively, playing sold-out shows around the world. This Castoro show is expected to sell out, too.

Accompanying Bonoff on stage will be guitarist Nina Gerber, and opening the show will be Los Angeles based singer-songwriter Eric Kufs, the main songwriter for indie folk band Common Rotation.

This benefit concert couldn’t be for a better cause. Now celebrating its 40th anniversary, Escuela del Rio is a day program for adults with developmental disabilities in Northern San Luis Obispo County.

“Our wide range of programs successfully demonstrate how adults with differing abilities can maximize their alternatives and choices for living and working in society, enabling them to become participating and contributing members of their community,” according to the organization. Learn more at escueladelrio.org. 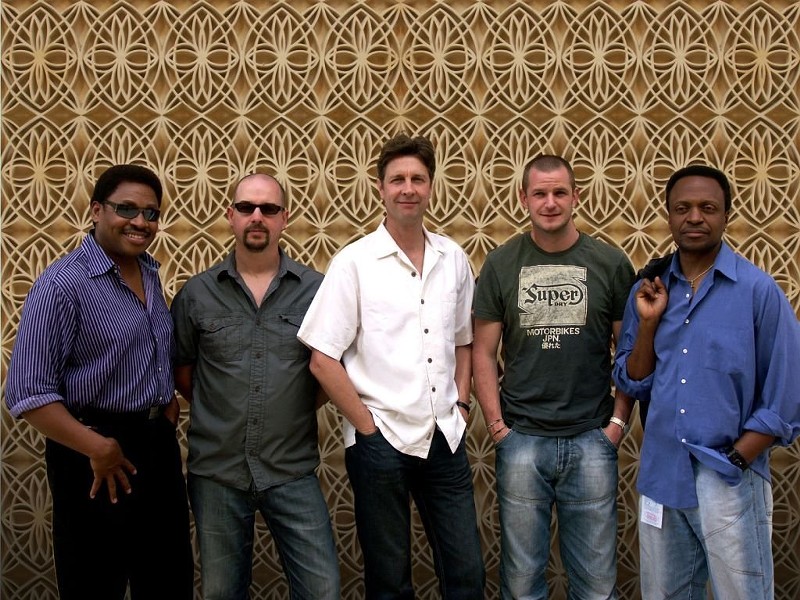 This Wednesday, June 4, Blacklake Golf Resort hosts another of its weekly outdoor concerts at 5 p.m. (doors open at 4:30 p.m.) with headliner Acoustic Alchemy, who for nearly 25 years has “pushed the limits of the acoustic guitar’s potential by embracing a spectrum of musical styles ranging from straight ahead jazz to folk to rock to world music and beyond,” according to press materials. “In the two and a half decades since their earliest recordings—despite a tragic setback in the late 1990s [when they lost a member to cancer] and the inherent challenges of the 21st century music industry—the group has assembled and sustained a vast and loyal following that stretches well beyond their U.K. origins.”

Led by Greg Carmichael, the group’s most recent album is Roseland, which was four years in the making.

“For a lot of people, instrumental music is just a sound that plays in the background,” Carmichael said in press materials. “But we put a lot into it—not just with this record but with every record we’ve ever made. I’d like to think that after all these years, we’ve learned how to take people on a journey. A lot of our fans have said that we do that for them. As long as they keep coming back, and as long as they want to stay on that journey, we’ll keep doing what we’re doing.”

The evening begins with opening act The Crisptones Band, and general admission tickets are $35 (blacklake.com). There are also some VIP tables available for parties of 10 for $55 each, which also includes dinner.

Guess who just turned 73 on May 24? Yeah, Bob Dylan! And in honor of his agedness, Songwriters at Play will offer a special Dylan tribute night on Thursday, May 29, at the Shell Café (6:30 p.m.; all ages; free). Emily Wryn headlines the show (Man, she’s got a voice!), and other performers include Steven Paul, Tim Jackson, Sebastian Luna, Charlie Kleemann, Julian Temple, Randall Lamb, Spanky Baldwin, Steve Key, and probably a few more! Visit songwritersatplay.com for other showcases this week.
SLO Brew’s got two shows cooked up for you this week starting on Thursday, Many 29, when Lukas Nelson & P.O.T.R. (Promise of the Real) takes the stage (8 p.m.; 21-and-older; $15). Nelson picked up the guitar at 11 and mastered the craft by teaching himself to play along to Stevie Ray Vaughn and Jimi Hendrix songs. The Coffis Brothers open this evening of American rock. The fun continues on Friday, May 30, when the Brew hosts SoMo (7 p.m.; all ages; $15), an R&B artist who propelled himself to fame thanks to his many YouTube videos.

Zongo All-Stars are gearing up for the summer season, hot on the heels of another win as Best Local Band in our annual Best Of Readers’ Poll. “On Sunday, June 1, we’re bringing Ricardo Lemvo & Makina Loca up from L.A. for a fantastic show in Baywood,” horn player Paul Irving said. Called the Baywood Junefest, the 2 to 7:30 p.m. concert happens in the Back Bay Inn event garden and also includes the Cayucos Steel Pan Band, Trio Vanguard, and of course Zongo, who’s also playing at this year’s Live Oak Music Festival on June 13 and 14.