In response to a long-simmering lawsuit, a federal judge has ordered the U.S. Forest Service to enact additional protections for 27 threatened local plant and animal species within the Los Padres National Forest. 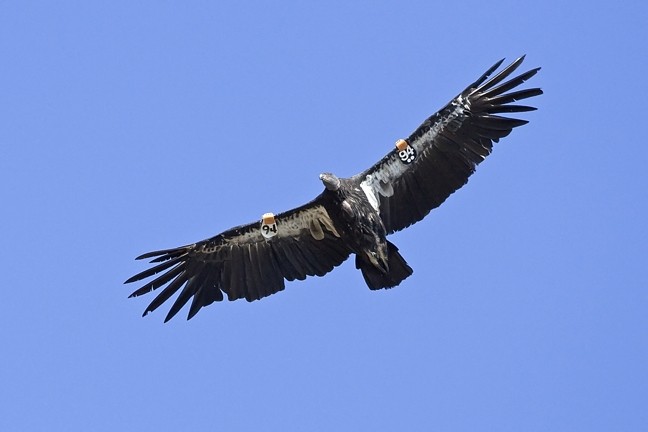 The order follows a 2008 civil suit filed by a coalition of environmental conservation groups, including Los Padres ForestWatch, the Sierra Club, and the Center for Biological Diversity, which alleged federal management plans for four national forests in California—Los Padres, Angeles, Cleveland, and San Bernardino—failed to protect 40 already imperiled wildlife species from human activities.

A U.S. District Court decision in 2009 found in favor of the plaintiffs, concluding that the U.S. Forest Service, the U.S. Fish and Wildlife Service, and the National Marine Fisheries Service were indeed in violation of the Endangered Species Act of 1973.

On June 27, U.S. District Court Judge Marilyn Hall Patel followed through on that decision by ordering the agencies to develop a wide range of long-term safeguards, from new monitoring and reporting requirements to conducting modern population estimates, and identifying new projects that may involve construction that could affect those species and their habitat.

According to Patel’s order, the agencies have six months to prepare to implement these protective measures.

The judge also ordered a number of interim protections while the long-term projects are developed, one of which includes determining population estimates of steelhead trout in the Los Padres National Forest and developing a monitoring, tracking, and reporting program to evaluate ongoing impacts to the steelhead.

Additionally, Patel ordered the immediate closure of the Cherry Creek area off Highway 33 in Ventura County to recreational shooting. The area is littered with household appliances and other items, which are frequently used for target practice. Officials believe such shooting activities caused six wildfires in the area since 1997, according to data from the U.S. Forest Service.

Locally, the 27 plants and animals “teetering on the brink of extinction”—according to a Los Padres ForestWatch press release—include the long-struggling California condor, the Smith’s blue butterfly, the arroyo toad, the Southern steelhead trout, and the Camatta Canyon amole, a rare plant found solely in Los Padres National Forest.

“What it all boils down to is that Los Padres National Forest is a safe harbor for more than two dozen imperiled plant and animal species, and this [order] will result in better protection for not only them but the lands and rivers as well,” Jeff Kuyper, executive director for ForestWatch, told New Times. “On one hand, it does protect the animals’ habitat, but it also benefits the community to have these untouched lands preserved.”

Officials from the three federal agencies could not be reached for comment as of press time.

The Los Padres National Forest covers more than 1.7 million acres across Ventura, Santa Barbara, San Luis Obispo, and Monterey counties, and is a destination for hundreds of thousands of visitors each year.