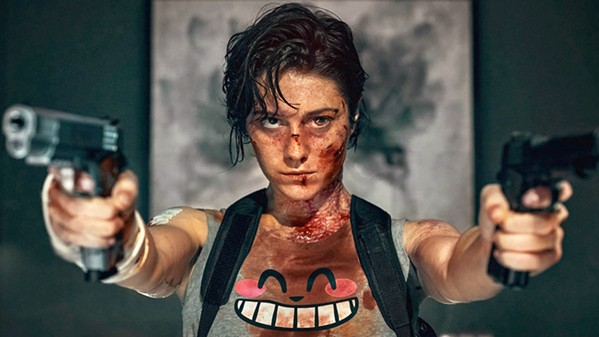 Cedric Nicolas-Troyan (The Huntsman: Winter's War) directs this action film about Kate (Mary Elizabeth Winstead), who has 24 hours to get revenge on whoever poisoned her. Like Angelina Jolie's Salt (2010), Charlize Theron's Atomic Blonde (2017), and Jennifer Lawrence's Red Sparrow (2018), this is Winstead's foray into the female-led action spectacular, and I have to say, she nails it!

Her Kate is a bone-crusher, and Winstead—all 5 feet 8 inches and 120 pounds of her—delivers some credible fight scenes. Her handler, Varrick (Woody Harrelson), groomed her to be an assassin since childhood, and as the film opens, she's just doing another routine hit. When it's time to pull the trigger, however, the mark's young daughter, Ani (Miku Patricia Martineau), arrives. Kate asks to abort the hit but is forced to do it anyway.

They had one rule: No killing in the presence of children. Kate tells Varrick she'll do one final mission and then she's out, which is when she's set up and poisoned with Polonium-204. With one day to live, she steals injectable stimulant drugs and sets out to find who did her dirty and end him before she's dead. It's a terrific, action-packed, fast-paced thriller. I hope you have Netflix! (106 min.) Δ