Killer of a thriller

Return to the '60s with Richard Taylor's Red Mist 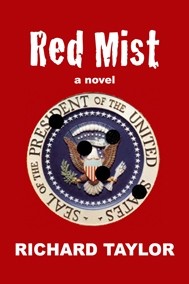 Iconic figures of American history ratchet the suspense in local writer Richard Taylor’s gripping new novel Red Mist. Taylor incorporates such prominent figures as Marilyn Monroe and members of the Kennedy clan to foreshadow events, adding to the intrigue as his story builds to an explosive conclusion. He entices the reader with insights into the fate of the real individuals who are caught in a twisted web of political conspiracy. David Dengler, U.S. Army Military Intelligence trainee, is unwittingly thrown into an assignment surveilling Marilyn Monroe and witnesses her death. As Dengler becomes more entangled in the mysterious circumstances surrounding Monroe’s final hours, the novel reminds us that celebrity is a flimsy façade.

Richard Taylor knows something about celebrities. He was immersed in the film scene for years, working as security chief at Warner Hollywood Studios. In Red Mist he writes of Monroe, “To the gentle soul, pretension and insecurity are ingredients for madness.” The key to retaining a sense of normalcy and inner peace is to act as though celebrity does not matter. At the studio, Taylor saw many celebrities. He remembers one who “looked at me with fear in his eyes when I extended my hand to shake.” Taylor’s security badge was hidden under his coat and he thought Taylor might be a crazed fan who meant him bodily harm. Celebrities such as Monroe struggle throughout their careers to balance their public persona and private existence. Taylor explores the psychological impact that incessant voyeurism has on figures whose most intimate moments are often fodder for media scrutiny. 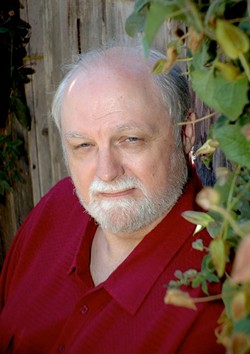 In 1962 Marilyn Monroe was the paradigm of voluptuous sexuality, desired by men and envied by women worldwide. Today she might be considered a little too curvy and soft next to the taut, willowy frames of many supermodels. Taylor toys with the idea of separation between love and sex through Dengler’s fascination with Marilyn Monroe and later his lover Etta. Monroe and Etta are beautiful women with endless problems: neuroses stemming from dysfunctional and abusive families, drug and sex addictions, and ultimately a diminished sense of self worth. Throughout the book, men view sex as sport, while women view sex as an expression of love; both use it as a method of control and as a bartering tool, with varied degrees of success.

Red Mist is Taylor’s second published novel, though he says he actually wrote this one first. Some of his other literary works include the ghost story The Haunting of Cambria (2007), several screenplays including Country Life, Inc. (2008) and Naked in the Roses (2008), and a collection of short stories called Dark Reflection and Other Tales (2008). At an initial length of 1,000 pages in manuscript, Red Mist was in need of some surgery to condense some of the back-story and increase the momentum necessary for a compelling thriller. Describing the revision of his nearly 10-pound manuscript, Taylor says he “took an ax to it and cut out anything that did not have forward motion.” The result is truly a thriller, propelling the reader through a series of white-knuckle moments. In Taylor’s words it is “a far better book lean than fat.” Adding to the appeal is the myriad of characters, including FBI and CIA agents and family members from Dengler and Etta’s hometown. Despite the large number of characters, Taylor does not use outlines. He explains his style of writing as “telling the story to myself as I tell it to you … a revelation along the way.”

Taylor rejects most conventional writing techniques, including a fixed working schedule. He does not force words to come but writes on his laptop in solitude whenever inspiration strikes. Taylor explains his most important muse as “confabulation.” All of his stories are assembled from bits of reality that he has observed or experienced, then fictionalized. It is true that Army MIs were given surveillance assignments of public figures and instructed to compile a dossier as part of training. A real assignment carried out in 1970 was to investigate Jane Fonda. She objected to the FBI’s dossier on her and sued, citing that she had committed no crime.

The appeal of Red Mist lies in its compact timeline that is loaded with action. Americans alive at the time of Monroe’s death or President Kennedy’s assassination probably remember where they were and what they were doing when they heard the news. Taylor uses this premise to draw the reader in and then unravels fictional woes with enough historical information sprinkled throughout to fuel more than a couple of conspiracy theories. As the red mist settles, you can decide which ones you believe.

Arielle Perez is the Arts intern. She can be reached through Arts Editor Ashley Schwellenbach at aschwellenbach@newtimesslo.com.