It was the single most talked-about news event of the year—maybe even of the last five years. After LA billionaires Lynda and Stewart Resnick bought out Justin Vineyards and Winery, they were caught clear-cutting oak trees west of Paso Robles to make room for a vineyard expansion, leaving hundreds of acres of quintessential North County hillsides barren. Aerial photos of the scene shot by concerned neighbors went viral and sparked outrage across the county and state. “We were asleep at the wheel,” the Resnicks said in a public apology. The incident compelled the Board of Supervisors to adopt SLO’s first-ever oak woodland regulations outlawing large-scale clear-cutting.

I’ve called Adam Hill every name in the book: baby-man, whiner, bully, ad infinitum. Let’s face it. He does some dunderheaded things and seems to be his own worst enemy. He’s simply a lightning rod for controversy. He accuses his SLO County Board of Supervisor colleagues of being un-collegial when more often than not he’s the one who appears rude. OK, fine, but let me say this: The man’s a bulldog for his constituents. He’s a fighter for the people. He doesn’t go along to get along. He kicks ass and takes names. He cares about the homeless, the poor, and the middle class. He holds the Richie-Riches accountable! Keep up the good work, Adam!

BEST USE OF TAXPAYER MONEY

Here on the Central Coast, we live and die by our cars. Whether it’s stuck at a dead standstill on the 101 near Shell Beach or slogging up the grade, we spend a lot of our time on the road. In 2016, the county alone was responsible for maintaining more than 500 miles of major and minor paved roads. And that’s not counting city roads. In November, a countywide sales tax initiative, also called Measure J, failed to pass. In April, California lawmakers passed a transportation bill that, among other measures, increased the state’s gas tax. The legislation is expected to generate $52.4 billion for road repairs in the state over the next 10 years.

This year, SLO’s favorite politician is also one of its newest. Mayor Heidi Harmon was elected in November, when she defeated longtime incumbent Mayor Jan Marx by just 47 votes. “It is such an honor being SLO’s mayor and I am so excited about what is still to come,” Harmon told New Times. “I know it is true that a mayor is only as good as her council members, staff, and especially her community members.” Harmon has set some ambitious goals in the wake of her election win, including pushing SLO become a “champion” in combating climate change by becoming a “zero emissions” city. 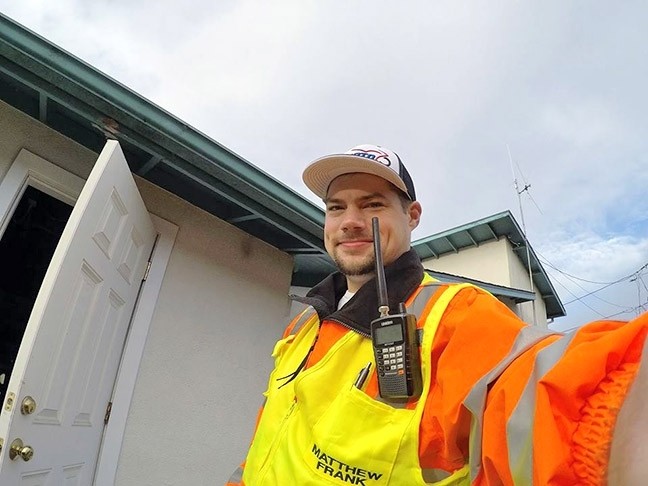 This year SLO County mourned the loss of Matthew Frank, also known as SLOstringer. Working anonymously as SLOstringer, Frank cultivated a massive following on social media as he covered breaking news on the Central Coast, posting photos and videos to his social media pages. Working independently, Frank’s goal was not only to show residents in the county what was happening in their community, but also to highlight the work of local law enforcement and other first responders. “My son lived his life doing what he absolutely loved,” Steven, Frank’s father, said.

Sadly, Frank died in a vehicle accident in the early morning hours of March 21. In the wake of his death, Frank’s family saw an outpouring of support from SLOstringer’s followers. Steven estimated that at least 700 people attended his son’s memorial services, which included representatives from the numerous fire and police agencies that worked with SLOstringer. “It’s just statement to the fact the everybody in fire and law enforcement in this county appreciated Matthew for showing the job they do every day,” he said.

This is the second year in a row that SLOstringer won in this category.

SLO County’s most beloved place to adopt a furry friend had a record-breaking 2016: 1,758 total adoptions. That’s five cats or dogs adopted per day. It’s the most animals Woods Humane Society has ever found homes for in one year. The nonprofit also completed 3,700 spay/neuter operations, expanded its cattery, raised more than $1 million, and completed a merger with North County Humane Society (with plans to open a low-cost spay/neuter clinic there). “We’re so grateful for the community’s support,” Executive Director Jill Tucker said. “It takes the entire community to make us run.”

BEST FRIEND TO THE ENVIRONMENT

One of the perks about living in SLO County is all the natural scenery, and The Land Conservancy of San Luis Obispo County aims to keep it that way. The nonprofit organization has helped to conserve more than 15,000 acres of county land. “Through it all, we provide opportunities that bond people to the heritage, wonder, and bounty of our vital lands,” the organization’s website proclaims. The conservancy is behind the Pismo Preserve and the restoration of the Octagon Barn. This is the second year in a row the conservancy has won this category, so I’m sure all the trees in SLO County would hug them right back if they could.

“So long as there are veterans, the Benevolent and Protective Order of Elks will never forget them.” Established in 1868, the BPOE is known for its charitable outreach. SLO’s Lodge No. 322 supports local veterans organizations. “We donate socks, toiletries, and gloves for homeless veterans,” said Veterans Chair Donna Donovan. The lodge also provides funding for veterans attending Cuesta College and Cal Poly to help defray the costs of parking permits, and it provided computers and printers for their veterans’ centers. “We also help the Fresno V.A. Hospital rehabilitation unit,” Donovan said. “We also donate to Ride-On van for rides for veterans, and members volunteer to knit afghans and caps for veterans.”

Affordable housing and lack of jobs

A clear indicator for why New Times readers chose affordable housing (and lack of jobs) as SLO County’s biggest problem is the Housing Authority of SLO’s (HASLO) answering machine. “All housing waiting lists are closed,” a robotic voice says. “The Section 8 housing choice voucher program waiting list is also closed.” Yep, if you’re in need of an affordable rental in SLO right now, you can’t even get on a waiting list. “It’s a huge problem,” said Scott Smith, HASLO’s executive director. “The good news is a lot of organizations have identified it as a problem. Hopefully, working together we can create some solutions.”