Writer-director Greta Gerwig helms this coming-of-age-story about high schooler Christine "Lady Bird" McPherson (Saoirse Ronan) over the 2002-03 school year in Sacramento, exploring her difficult relationship with her mother Marion (Laurie Metcalf) and others in her life. (93 min.) 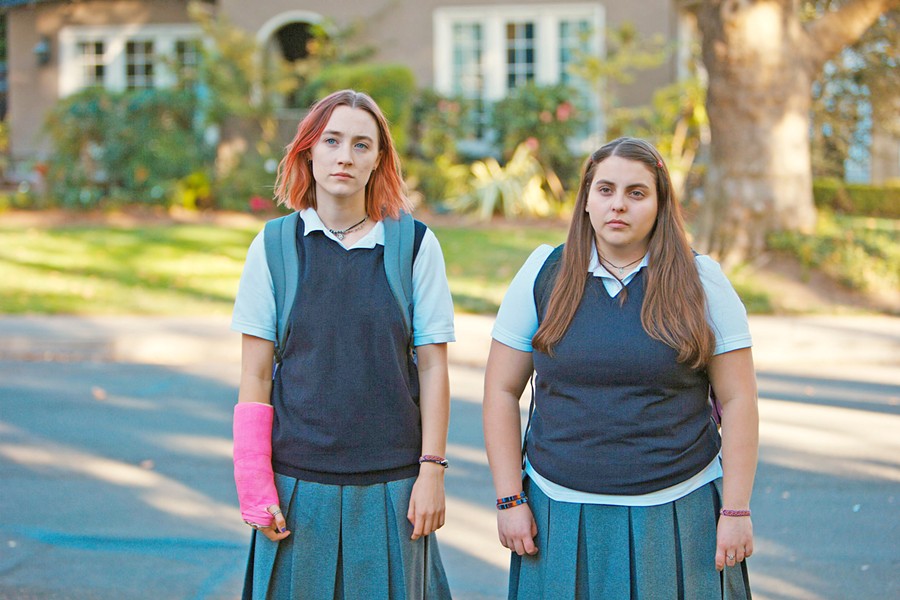 Glen I've got a mom and two sisters, so I'm well aware that mothers and daughters can have very complicated relationships with one another, and that's certainly the case here. Marion loves her daughter and wants what's best for her, but she's extremely judgmental and frequently unsupportive of Lady Bird. Likewise, Lady Bird loves her mother but feels completely misunderstood, and she's abrasively dismissive of her mother and her provincial ideas. One key scene finds them bickering bitterly in a secondhand store while searching for a dress for a dance. One second they're at each other's throats and then Marion pulls a dress from the rack and they both swoon over it like they're not in the midst of an argument. Theirs is a mercurial relationship that turns on a dime, but beneath the acrimony is a deep connection. It's senior year, and Lady Bird is finding romance with Danny O'Neill (Lucas Hedges) and joining theater with her bestie Julie (Beanie Feldstein). Naturally things go awry, and soon Lady Bird is pining over musician and anti-capitalist Kyle (Timothée Chalamet) and ingratiating herself into the life of the super popular Jenna Walton (Odeya Rush). Gerwig perfectly taps into the floundering, insecure feelings of adolescence, and watching Lady Bird traverse the difficult terrain of this coming-of-age story is entertaining, joyous, and ultimately poignant.

Anna Gerwig hit the nail on the head when it comes to writing women, especially Lady Bird, who is all things teenager. Ronan pulls off that awkward somewhere-in-between-girl-and-woman stage that we all suffered through in high school. Everyone has it better than her, and she gladly tells some people she lives on the wrong side of the tracks, while trying to impress others by telling them she lives in a fancy, huge house that really belongs to Danny's grandparents. She is suddenly "too cool" for her childlike best friend Julie, yet pines for her desperately when the "cool kids" wind up being pretty lame. When the film opens she's in an argumentative tête-à-tête with her mother about going to the East Coast for college instead of nearby Davis or the local J.C. Lady Bird will do anything to get out of Sacramento, a town she claims to loathe but that also offers her the comfort of familiarity. When her mother adopts a "this is the way it's going to be" approach to her side, Lady Bird simply throws open the door of the moving car and rolls herself out. Cue pink arm cast for the rest of the film. Metcalf as Marion is impressive and the relationship built between the two women is complicated and unsure. We all know our mothers love us, but do they like us? This is what Lady Bird needs to know, and the fact that Marion can't give her a resounding "yes!" speaks volumes about the nuanced relationship between mothers and daughters, especially in those last moments before moving on to the next phase of life after high school.

Glen The acting really does shine here, probably because Gerwig is first and foremost an actor herself, having appeared in a lot of wonderful indie films such as Damsels in Distress, Frances Ha, and Maggie's Plan as well as some bigger films such as Jackie and 20th Century Women. She gets wonderful performances out of her two principals, but I thought Feldstein as Lady Bird's awkward friend Julie—who's secretly and hilariously in love with her math teacher Mr. Bruno (Jake McDorman)—was a real standout. Feldstein morphs herself into an awkward wallflower. One of the things the film does well is capture what a weird time high school is. It's like a bubble of unreality. Insecurities rule the day, and in general high school students have no idea that most of the popular kids have peaked and will grow up to be unhappy losers while the misfits inherit the earth, but as viewers we can see the writing on the wall. Jenna may be pretty and perfect, but she's destined to be a trapped housewife who'll forever try to recapture her glory days. Kyle may now be mysterious, edgy, and cool, but he's a pseudo intellectual who'll end up a bitter lifelong barista or bookstore clerk who felt life cheated him. Maybe Lady Bird won't fare much better. Maybe she doesn't have the aptitude to be an artist or a writer. What the film makes clear is that Lady Bird learns what's important and learns to be a good human being. That's pretty much all anyone can hope for. 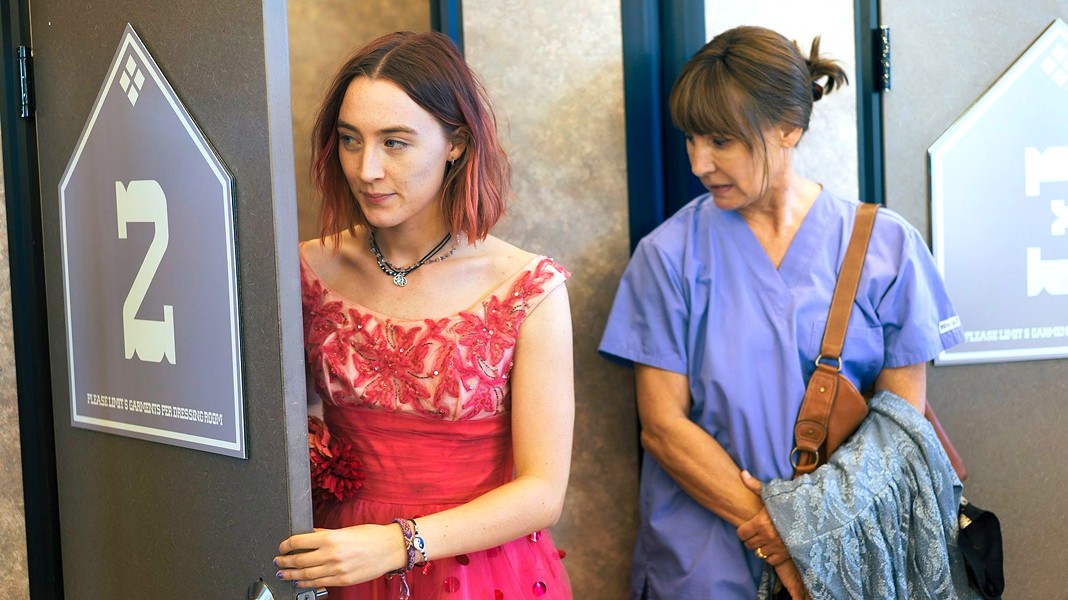 Anna It was a trip back to 12th grade, that's for sure. Your dreams of what your life should and can be take over the realities of how unrealistic some goals are. Marion has money on the mind at all times. While her husband struggles to find work, she pulls double shifts as a nurse. They've got Lady Bird and their older son, Miguel, still in the house, as well as Miguel's girlfriend. One scene toward the end of the film shows her with a legal pad and a pile of wadded papers, seemingly one calculation after the next to make ends meet. We learn later what she was so distressed over wasn't money, instead it was how to convey to her daughter her complicated and evolving feelings after Lady Bird gets an acceptance letter to a New York college. When Lady Bird is upset that her first sexual experience wasn't the perfection she had built up, it's her mother whose lap she cries into, her mom who suggests a distraction with their "favorite Sunday activity"—going to open houses in fancy neighborhoods. It's the kind of movie that makes you want to call your mom and say, "I love you, thank you, and I'm sorry for when I'm terrible to deal with." I also really loved Feldstein's Julie; such a great contrast to Lady Bird's desire to grow up and out is her more childish and carefree whimsy. Women-driven films have been hitting it out of the park, especially for me lately, and Lady Bird is no exception: witty, funny, so relatable in its awkwardness and sadness, and so grounded in reality that anyone who went through a normal high school experience will know and share the feelings. I heard an interview with Gerwig on Fresh Air and she claimed to be over the moon with directing. I can't wait to see what she puts out next. Δ