At first glance, Lake Street Dive seems like a sugary pop act. Populated by a group of lifelong musicians and multi-instrumentalists trained at the prestigious New England Conservatory of Music, the group's shiny happy music is the bubblegum smack track of '50s drive-in movie make-out sessions. Dig a little deeper, however, and Lake Street Dive is a slyly subversive excavator of the human condition. Take, for instance, "Baby Don't Leave Me Alone with My Thoughts" off their 2018 album Free Yourself Up. "Hard times, hard times/ When I really need somebody to hold me tight/ And tell me I'm strong/ Last night, last night/ You were really there for me, so thank you/ For playin' along," it begins with a slick R&B groove before turning from romantic to abusive: "But I gotta be honest with you, baby/ This is not about love/ I gotta be honest with you, baby/ It's not above/ Usin' you to get me through the night."

Their clever lyrics, crafty and winking messages, and superb musicianship elevate the band well beyond their overly polished sound. On "Good Kisser," they lament being brokenhearted while skewering their smack-talking heartbreaker: "If you're gonna tell them everything/ Tell 'em I'm a good kisser/ Tell 'em all the things you told me/ In your desperate whisper/ If you're gonna tell them everything/ Don't leave out the good part/ Tell 'em the way that you broke my heart/ When you told me that you missed her/ Tell 'em I'm a good kisser."

Lake Street Dive is the icing on the cake of what promises to be a stellar weekend of live music at the annual Whale Rock Music and Arts Festival, this Saturday and Sunday, Sept. 15 to 16, at Castoro Cellars' Whale Rock Vineyard. It's a beautiful setting, and the weekend includes activities for the whole family. Visit whalerockmusicfestival.com for a complete listing of activities, events, and performers, who also include Aloe Blacc, Fruition, , Con Brio, Rayland Baxter, Mipso, Joey Dosik, Nicole Stromsoe, Jade Jackson, the Coffis & The Mountain Men, Samba Loca, Mama Tumba, Mannequins by Day, Miss Leo & Her Bluegrass Boys, and B and the Hive. Ashley has the literary sensibilities of Lucinda Williams, and they're on full display in this affecting new collection of personal songs.

"I only write songs when something is troubling me," Ashley remarked. ", like any form of art, is cathartic. A lot of people ask me how is it that I do so much—teach, write, photograph—but creatively, I only do what feels absolutely necessary. If I'm troubled, I'm going to write a song about it or else I won't heal."

Ashley tapped another Cal Poly English lecturer, Jon Bartel of The Creston Line, to record the new album in his Northwall Studio.

"Jon makes every song a reality. It's a collaboration," Ashley explained. "He transforms my lyrics and melody into full-fledged songs by writing guitar, tracking the instrumentation, producing my vocals, mixing and mastering each track."

Ashley shot the artwork for the album in the Palm Theatre, explaining, "Since I'm a visual artist as well, I wanted the album cover to be its own piece of art."

She stood in front of the screen as John Luc Godard's 1962 film Vivre Sa Vie flickered on the screen, and she tapped well-known photographer Richard Fusillo to carry out her vision.

While Ashley's alt-country roots remain intact on the album, there are definitely more sharp angles: "On this album, there's more edge and rock 'n' roll. If you like Neko Case or Ryan Adams, you'll find something on Foreign Cinema you like," she noted.

The album release party will also include performances by Jon Bartel and Lompoc singer-songwriter Emily Wryn. The $10 suggested donation at the door will also get you a signed CD and poster. Foreign Cinema will also be for sale at Traffic Records in Atascadero and Boo Boo Records in SLO.

"There's ice on the ground/ And I don't wanna leave/ But bones are brittle/ And knuckles bleed/ An anvil, a stone/ A diamond in coal/ An anchor, a chain/ To have and to hold/ Beautiful heavy," Ashley sings on "Hawk," one of the album's eight songs that will haunt and astound. Don't miss this!

Numbskull and Good Medicine Presents have their pedal to the metal this week. Don't forget the amazing Nashville singer-songwriter 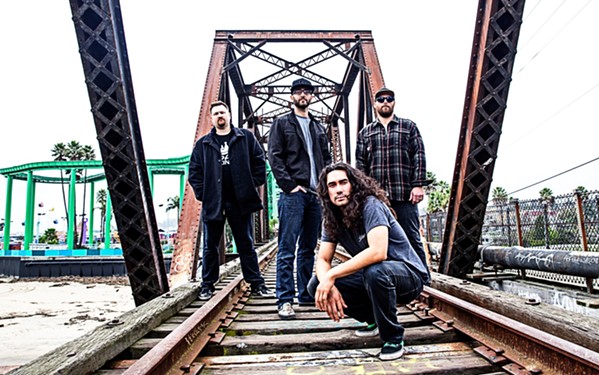 Meanwhile, Santa Cruz surf-skate rock and dance act The Expendables plays The Siren on Thursday, Sept. 13 (7 p.m.; 21-and-older; $20 presale at Boo Boo's and ticketfly.com or $22 at the door).

The British are coming!

Do you dig Tom Petty? Of you do! Who doesn't? Petty Theft, San Francisco's Tribute to Tom Petty & The Heartbreakers, returns to the Fremont this Saturday, Sept. 15 (8:30 p.m.; all ages; $20 at Boo Boo's and eventbrite.com). Expect all the classic hits and some choice deep cuts for diehard Petty fans. 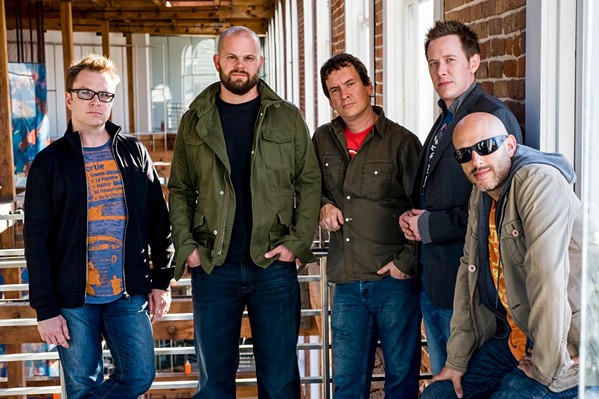 New Orleans-based jazz-funk ensemble Galactic closes out the week at the Fremont Theater this Monday, Sept. 17 (8 p.m.; 16-and-older; $31 at Boo Boo's and eventbrite.com). This phat-sounding instrumental sextet will light your fire.

Vina Robles Amphitheatre has three great shows teed up, starting with inveterate performers Los Lobos and The Mavericks this Thursday, Sept. 13 (7:30 p.m.; all ages; $45 to $55 at vinaroblesamphitheatre.com). Ozomatli will open for the two Grammy Award winners.

Legendary progressive rock icons, Kansas, play Vina Robles on Saturday, Sept. 15 (7 p.m.; all ages; $45 to $95 at vinaroblesamphitheatre.com), with Asia featuring John Payne opening. This is the new date from the original June 8 show the band, known for hits such as "Carry On Wayward Son" and "Dust in the Wind," had to cancel. 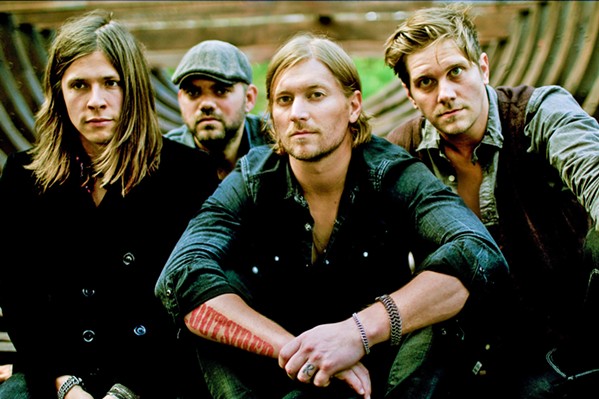 "Coming off of one of the most adventurous records we've ever made, followed by two of the most challenging and ambitious tours we've ever put together, we wanted our next project to be something that took us even further out on a limb. These new songs document the season we're in as a band right now. We're extremely proud of it and wanted to put it out as fast as possible," Needtobreathe said in press materials.

Reggae superstar Pato Banton plays SLO Brew on Sunday, Sept. 16 (7 p.m.; 18-and-older; $15 at ticketweb.com). He's got more than a dozen studio albums under his belt, but he's still best known for his hit "Legalize It!"

The Zen Mountain Poets bring their feel-good sounds to Sweet Springs Saloon this Saturday, Sept. 15 (9 p.m.; 21-and-older; free). Featuring Robyn Saxer (vocals/keyboards/ukulele/French horn), Billy Clayton (vocals/rhythm guitar), Anthony Roselli (drums/harmonica/backing vocals), and Chad Hoffman (electric/upright bass), the band will also add in Mike Flactiff (congas/percussion) and Matt Allie (lead guitar), "two talented individuals who add to the positivity and good vibes the Zen Mountain Poets are known for," the band said in an email. "You may even get to meet Ethelene, Chad's upright bass, who gives a beautiful new sound to our compositions."

Ohio singer-songwriter Renee Dion plays Last Stage West this Sunday, Sept. 16 (6 p.m.; ; free). She grew up around music; her father was a jazz DJ and her mother a schoolteacher who kept a pen and journal in her hands. Δ