Lawsuit against Atascadero PD will continue

A lawsuit accusing an Atascadero police officer of unlawfully detaining and searching man because of his race will be able to move forward in SLO County Superior Court.

On Jan. 8, Judge Linda Hurst denied a motion for a summary judgment made by attorneys representing the city of Atascadero and its police department. The department is being sued by Tulare resident Kyle Bell in connection with a 2016 confrontation between himself and Atascadero Police Department Cpl. Rochelle Hanson outside the department's headquarters in Atascadero. 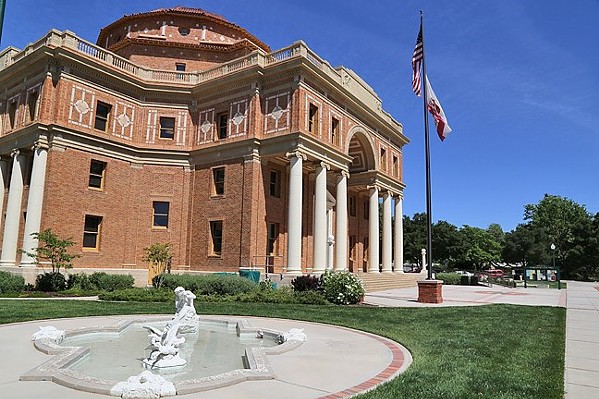 According to the lawsuit, Bell, who is black, was on his way home with his wife and children after spending a day at the beach when he stopped and parked in front of the Atascadero Police Department to stretch his legs and smoke a cigarette. Bell was then approached by Hanson, who reportedly began to question him, telling him, "You look suspicious."

The officer then allegedly detained Bell before illegally searching Bell's vehicle and questioning his wife, who is white and was sitting in the vehicle with the door and windows closed. Part of the exchange, which lasted three minutes, was captured on Hanson's body-worn camera, though Bell's attorney has claimed that it may have been edited.

"[Bell] is informed and believes that his detention was based solely on his race and/or the fact that his wife appeared to be a white woman," the lawsuit stated.

In their motion for a summary judgment, the department's attorneys argued that Hanson did not violate Bell's civil rights, and that Hanson only asked to speak with his wife to make sure she was safe.

"It appeared to [Hanson] that [Bell's wife] was disengaged or uncomfortable, and [Hanson] felt it imperative to make sure the female was safe and not injured," the motion stated. "Once [Hanson] began speaking to [Bell] about the female passenger, he immediately became confrontational and the woman remained non-engaging with the door and windows closed."

The motion stated, among other arguments, that the contact between Hanson and Bell was consensual, and not a detention or seizure. Still, the arguments failed to sway Hurst, who ruled that the questions raised by Bell's attorney were valid enough to keep the case moving forward toward a trial.

"As set forth ... the court has found that there is a triable issue of fact whether [Hanson's] conduct violated any of [Bell's] constitutional rights," Hurst wrote.

The lawsuit remains ongoing, with Bell asking for damages in excess of $25,000. Δ