The family of a 10-year-old girl with special needs said they tried to report that a school bus driver had molested their daughter multiple times but that Lucia Mar Unified School District officials ignored them and failed to report the abuse. 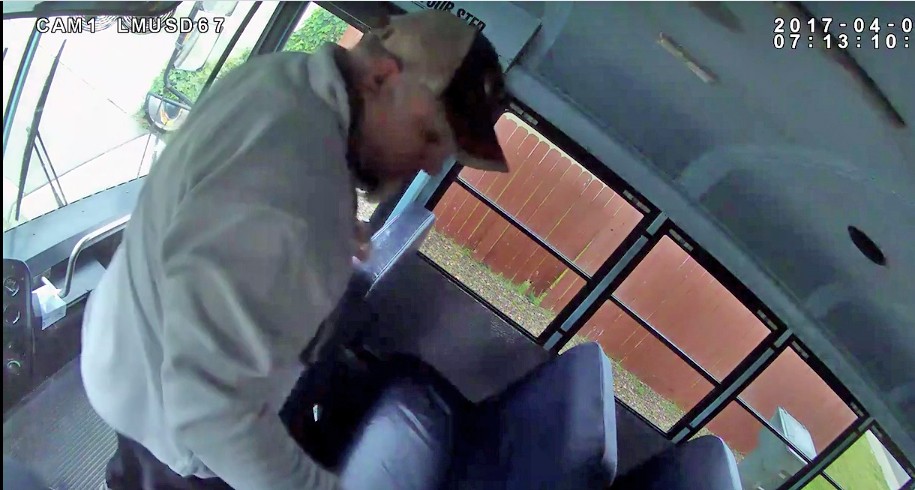 A recently filed lawsuit claims the girl's parents complained to district and school administrators, who failed to take action to stop the alleged abuse. The suit claims the district did not report the allegations to police despite having access to GPS tracking data and video surveillance footage with evidence that the driver, 49-year-old David Lamb, sexually abused the girl several times over a five-month period.

The lawsuit was filed against Lamb, the Lucia Mar district, and the San Luis Obispo County Office of Education.

"The school district and office of education engaged in despicable conduct," lead counsel Dave Ring, the family's attorney, said in an April 10 statement.

According to the lawsuit, the abuse began in January 2017 when the girl, then 9 years old, was transferred to the Chris Jespersen School in SLO, putting her alone on a bus with Lamb. He allegedly began engaging in inappropriate behavior with the girl, showing her "graphic and violent videos."

At an April 10, 2018, press conference, Ring released an edited clip of surveillance footage from the bus that he believes shows Lamb molesting the girl. The video, taken April 7, 2017, shows Lamb appearing to ask the girl to move to a seat out of view of the camera, which she does. Lamb then stops the bus and moves to the area where the girl is sitting. Lamb's arm and shoulder are the only visible parts of his body, and they appear to move and shake. The edited footage ends with Lamb standing up and walking back to the driver's seat.

"These movements, in conjunction with everything else, clearly demonstrated that Lamb was engaging in sexual abuse of the plaintiff," the lawsuit states.

The lawsuit claims that on April 10 district officials were notified that Lamb had been showing the girl explicit videos and that she said he "touched her private area." A supervisor for the district's transportation department allegedly told the girl's parents that she reviewed the bus footage and did not see Lamb engage in appropriate behavior, and thus Lamb was allowed to remain her bus driver.

In May, the girl again told her parents that Lamb had sexually abused her on numerous occasions on the bus, and threatened to "do something bad" to her if she told anyone, the lawsuit states. During a May 24 meeting with multiple officials from Jespersen, the Lucia Mar district, and the SLO County Office of Education, the girl's parents once again tried to report the abuse, but no action was taken, according to the lawsuit. Shortly after that meeting, the parents contacted the SLO County Sheriff's Department.

Lamb was arrested on June 7, after he allegedly admitted to sheriff's investigators that he sexually abused the girl. At the press conference, Ring displayed statements that Lamb allegedly made in the interview, including that he exposed himself to the girl, and put his genitals near her face and let her touch them. In June 2017, the SLO County District Attorney's Office filed seven felony charges against the bus driver, including committing a forcible lewd act upon a child. He pleaded not guilty to all the charges, and his case remains ongoing in SLO County Superior Court.

The family's lawsuit charges the district and the county education office with neglect, breach of duty, and a failure to follow state law that requires school districts and their employees to report suspected child abuse to the police.

A written response from Lucia Mar Superintendent Raynee Daley said that student privacy and due process laws prevented the district from commenting on the specifics of the case.

"Since we first became aware of the charges of child sexual abuse by this bus driver, we have cooperated very closely with the family and law enforcement as the investigation moved forward," Daley said. Δ