How do I love thee, Led Zeppelin? Let me count the ways: Dread Zeppelin, Lez Zeppelin, Zepparella, Kashmir, Get The Led Out, Zoso, Led Blimpie, No Quarter, Led Zeppelin 2, Zeppelin Complete, Led Zepplica. There are some great Zep tribute bands in there, some who have come and gone, but one is about to celebrate its 33rd anniversary and play at Paso's BarrelHouse Brewing Company next Thursday, May 13 (7 p.m., $40 to $55 on eventbrite.com). 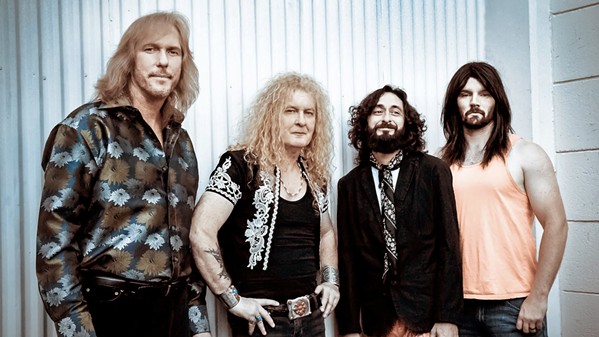 After attending a Led Zepagain show in January of 2004, Page said, "It's amazing how much you sound like us. You must have grown up on this because you were inside the music, and you paid attention to detail in your presentation ... I can tell you guys really love our music!"

Many consider Led Zepagain as the "most accurate and authentic replication of Led Zeppelin in the world today," according to their press materials, which never lie. The band was also featured on AXS TV's World's Greatest Tribute Bands in 2014 and asked to come back for an encore performance in March of 2017 to perform the iconic Led Zeppelin IV album in its entirety.

They have more than a million downloads on iTunes to their credit and have recorded five tribute albums on Sony Music Entertainment Japan. The band members attended the 2007 Led Zeppelin reunion concert at London's O2 Arena by invitation of Page, when Bonham's son Jason Bonham sat in on drums. Later in 2009, Jason came to one of Zepagain's shows and sat in on the Led Zeppelin hit "Rock and Roll," which is available to see on YouTube.

The BarrelHouse show will be outdoors, reduced capacity, and socially distanced. No tickets will be sold at the venue, and I love this part: "Any ticket suspected of being purchased for the sole purpose of reselling can be canceled at the discretion of Barrelhouse Brewing Co., Good Medicine Presents LLC, or Eventbrite.

"Face Masks are required by all guests whenever they are outside of their car or pod," the disclaimer continues. "All ticket holders freely and voluntarily assume ALL RISKS, HAZARDS, AND DANGERS arising from or relating in any way to the risk of contracting a communicable disease or illness (including exposure to COVID-19, a bacteria, virus, or other pathogen capable of causing a communicable disease or illness), whether occurring before, during, or after the event, however caused or contracted, and hereby covenant not to sue and waive, release, and discharge any and all claims and potential claims against Barrelhouse Brewing Co., Good Medicine Presents LLC, and any and all affiliates, owners, members, officers, principals, directors, employees, agents, and volunteers relating to such risks to the fullest extent allowed under California law."

Live music's back, but shit's gotten weird, man. Also, I'm not responsible if you get sick either! 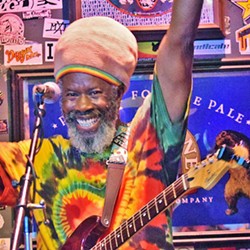 SLO Brew Rock's got three this week, including Circles Around the Sun this Thursday, May 6 (7 p.m.; ticketweb.com), which appears to be sold out.

"It's been a rough year and we've been waiting with bated breath to get back on the road," frontman Dan Sheron emailed. "We finally have some good news that we're coming back to SLO on Saturday." 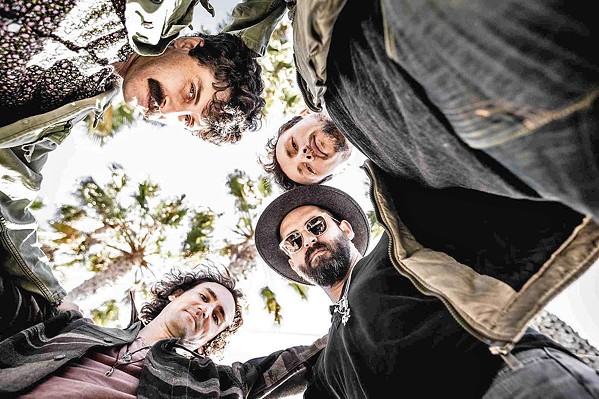 That is good news! The band originally formed in N.Y.C. in 2010 as a loose collective of musicians after singer-songwriter Sheron returned to the states from a failed attempt at a Russian journalism career. In 2011, Sheron moved to Portland and eventually established a permanent lineup: guitarist Carl Osterlof, bassist Benjamin Mower, and drummer Seth Mower.

In 2018, they moved to LA, establishing themselves as purveyors of psychedelic rock, Americana, gospel, and blues. Good stuff! Δ