How could society benefit by allowing another addictive recreational drug? 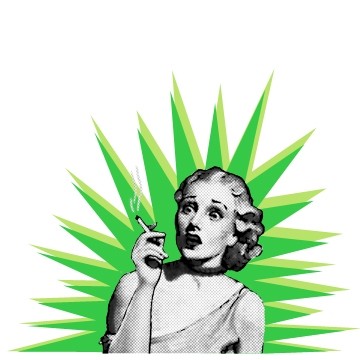 The arguments for legalizing pot generally look like this:

•Taking the drug off the black market will allow us to regulate and control it. This will eliminate the criminal element. We could tax it and use the money to educate against its use.

•With so many people using the drug now we might as well legalize it. We could save millions of dollars in police work.

•Using a drug is a personal matter. Society should not be involved in the choice.

The same arguments were aggressively voiced in the 1930s to get another addictive drug legalized: alcohol. The similarities with pot make it worthwhile for comparison and extrapolation purposes. How well did these arguments hold up after we legalized alcohol? We discovered that by legalizing alcohol, it received cultural approval and its use soared. We find it everywhere; at movies, church functions, etc. Because it is legal, it has become the nation’s number one drug problem. Nonetheless, we see its advertisements wherever we go, as though it is a harmless drug. If people did not drink alcohol, there would be a 74 percent decrease in liver cirrhosis, 80 percent fewer esophageal cancers, and drops in a host of other lethal diseases (see research at ncadd.org). Such statistics grew as the drug’s use became more prominent.

That it kills and maims seven million people every year and has hooked 20 million “alcohol dependent” users, goes unnoticed as cleverly misleading advertising floods the air waves daily, convincing old and young alike that the ad’s brand of alcoholic beverage will bring its users healthy, attractive bodies, popularity, happiness, sexual allure, and youthful energy. Once pot is legalized, such ads would effectively obscure pot’s darker side.

The pivotal point in this debate is the dangers of the substance. Using alcohol as an example, we now know it costs more to police a legal drug than it does to police an illegal drug. No matter how you measure, in dollars, health, job loss, hospital stays, family breakups, arrests, or incarcerations, accidents at work or on the highways, the addictive legal drug alcohol is far and away more expensive to police to regulate, and to clean up after, than an illegal drug.

To think another addictive drug will be used benignly without consequence to society is witless. Pot has been responsible for many highway deaths already. According to Dr. Marc Galanter of New York University Medical Center, a recent government report shows more than 600,000 high-school seniors drove under the influence of marijuana, a drug that messes with reaction time, attention, and overall ability to handle complex tasks. The Tribune in April 2009 reported about a murderer who said he was high on marijuana and Robitussin when he committed the crime. Legalizing pot will lead to more deaths and burdens for society.

The notion that if enough people break a law, the law should be abolished is asinine. Murder continues to happen, but we will not abolish laws against murder. Most people do obey laws. This was well demonstrated during prohibition when the death rate for liver cirrhosis dropped dramatically and then returned when alcohol was made legal again.

If pot is legalized, we can expect a ground swell of use and consequences. The problem with the “It’s my free choice” argument is two-fold. First, the drug user’s behavior inevitably destabilizes society. It costs non-users higher insurance rates, costs public funds to staff social services to help addicts get sober, and many non-users lose their lives in auto or work-related accidents caused by users. Second, users inevitably need assistance. The one thing they insist on is having free choice whether to use the drug or not—ironically, when they become drug dependent, they lose their freedom of choice; they obey the drug’s demands. They even risk incarceration and lengthy jail time getting money they don’t have, to continue using. ∆

Norm Jackson is a retired Cal Poly English professor and former board member of the National Council on Alcoholism and Drug Dependence of San Luis Obispo County. When he was 11 years old, his sister was killed by an impaired driver who was under the influence of drugs and alcohol. Send comments via the editor at econnolly
@newtimesslo.com.