The Welcome Stranger aerial spectacular will be on stage at Levity Academy in SLO on Oct. 19 and 20 at 7 p.m. (doors open at 6:30 p.m.; seating is first come, first served). Tickets are $22 and include light, seasonal refreshments. The space has 48 actual seats available, and after that it's standing room only. For tickets and more information, visit levityacademy.com.

For two nights, the creepiest, scariest ghouls, goblins, zombies, and ghosts in San Luis Obispo won't be hiding under the bed or tucked away in a closet, but up, high in the sky. Just look.

On Oct. 19 and 20, Levity Academy will host its first ever Halloween and in-house aerial arts performance, Welcome Stranger. 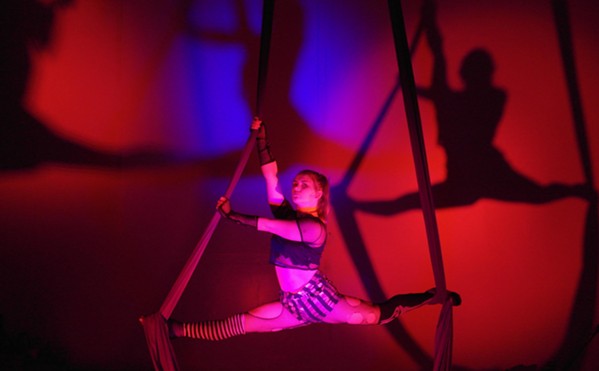 The Welcome Stranger aerial spectacular runs 90 minutes (including intermission) and will feature 10 aerialists performing on silks, lyra, ladder, rope, hammock, and more to live music with the illumination of a new lighting system. Eve Riot, a drag queen who performs locally with SLO Queerdos, will emcee the show and serve as the fun factor in what will otherwise be a scary experience for all.

"We wanted to take it just into the realm of creepy," Penton said of the show. "All of the numbers have something different so there's a surprise in it, like, 'Oh, they're happy clowns! No! They're creepy killer clowns!' There's a twist in it somewhere in each piece."

The show is recommended for an audience age 13 and up, although Penton said parents should use their own discretion with bringing younger children to watch the performance. 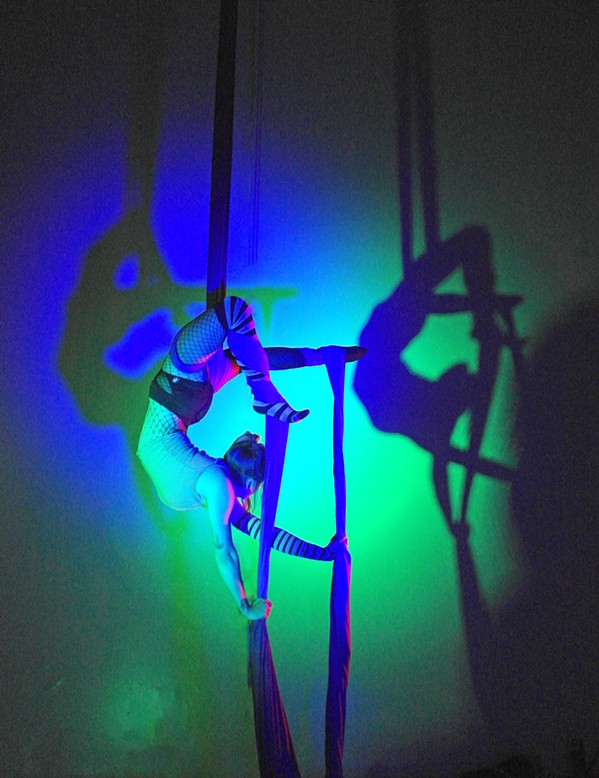 Other performers will depict black cats, the aforementioned clowns, a group of blood covered murderers, stalkers, ghosts, two performers moving as one, and more.

"The choreography is really dynamic," Penton said. "Everyone has their own take. The silk pieces have drops, static movement, sequences, the whole nine yards."

Looking ahead, Levity Academy will also offer a three-day intensive aerial yoga teacher training, taught by de Kirby from Nov. 2 to 4. Shortly after that, aerial yoga classes will be a part of the studio's regular weekly offerings.

Penton said that the name of the Halloween performance is both a nod to the creepy and popular Netflix show Stranger Things as well as an invitation for people to check out the new studio.

"Since it's our first show, we're welcoming all of the new strangers into our space," she said.