It's cool to know where your food comes from

It’s a well-known fact that history repeats itself. The idea of eating only locally-made products is quite the rage, but just 150 years ago in this county and worldwide, it would have been the primary option. 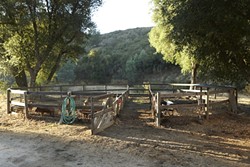 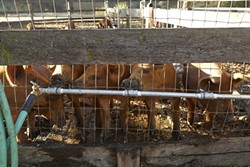 Antonio Varia, owner of Buona Tavola in San Luis Obispo and Paso Robles, has never thought of making his own food, like salamis and sausages, as anything more than a normal occurrence for him and his family. Each January, in Armeno, Italy, from the time he was a child, the whole family would get together to butcher a pig or two and then begin the lengthy process of making salamis to be eaten for the rest of the year. Antonio’s father was a chef from a long line of family restaurateurs and when the San Luis Obispo location of Buona Tavola opened in October of 1992, he would make small batches of salamis to be used in his restaurant from wild boar he hunted in Northern San Luis Obispo County. 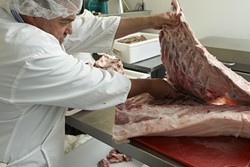 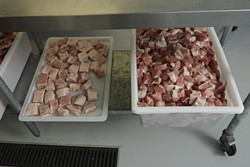 It wasn’t until his mother passed away in January of 2010 that Antonio decided to dedicate a salami and sausage-making business in his mother’s name. With help from his nephew, Alex Pellini, who moved over from Italy via England to help with the restaurants, the company started successfully and is growing enormously with a multitude of restaurants like the Range (Santa Margarita), Artisan (Paso Robles), Trattoria Uliveto (Orcutt), and Il Grappolo Trattoria (Santa Ynez) throughout California using his fresh products on a regular basis. The products are also distributed to traditional grocery stores like New Frontiers in San Luis Obispo and Solvang, plus wine bars like Vintage 1255 (SLO), Bella Vino (Morro Bay), and Haven Wine Bistro (Atascadero), and can even be found in the Williams-Sonoma catalog, too.

Allesina Maria Pia is now immortalized on thousands of salami and sausage packages put together in a small shop in Atascadero in a fashion that’s not much different from the time when Antonio would help his mother and father with the same process in Italy. The recipes have been handed down from his parents and they’ll continue to live on through his work. 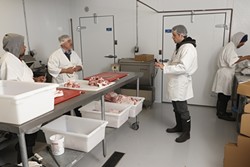 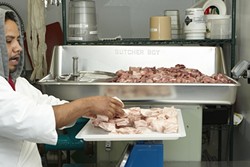 The amount of product made by Antonio, Alex, and their staff requires that the Alle-Pia company use pigs raised here and elsewhere, but Antonio has more than a dozen young pigs that will be ready for harvest within a year. The goal for Alle-Pia is to eventually use only meat raised on Antonio’s ranch off of Highway 58, where the pigs eat a mixture of fresh vegetables and acorns throughout the year. Localvores celebrate! ∆

Staff photographer Steve E. Miller enjoys all food made from pigs. Questions or comments can be sent to semiller@newtimesslo.com. 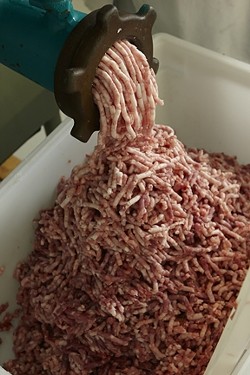 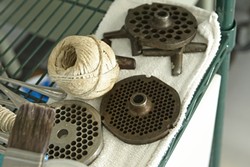 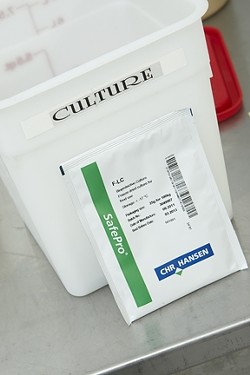 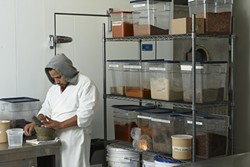 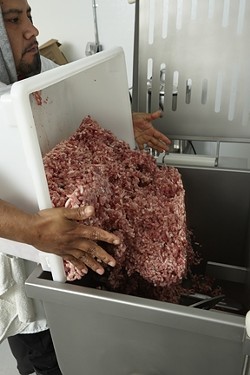 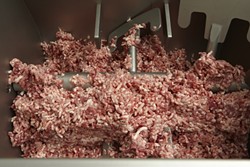 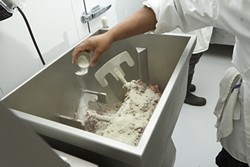 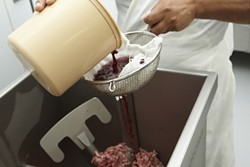 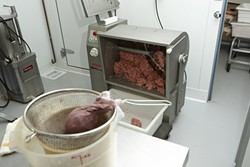 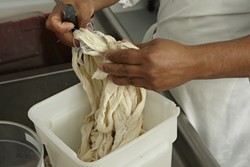 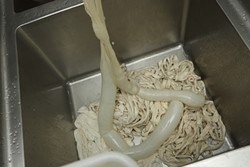 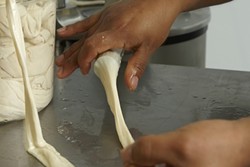 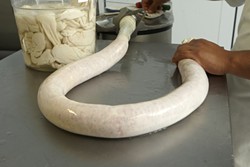 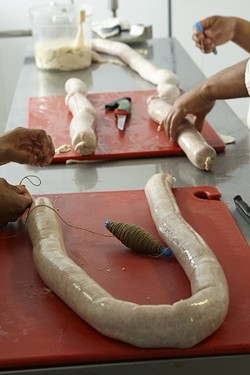 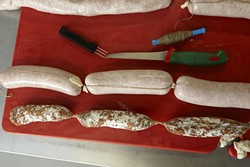 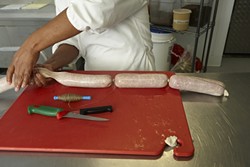 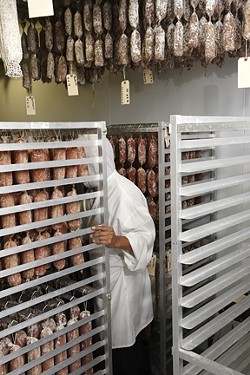 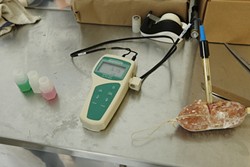 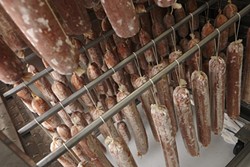 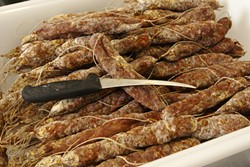