Light of My Life

Writer-director-star Casey Affleck (I'm Still Here) helms this survival story about a father and child trying to make their way after a pandemic has wiped out half the Earth's human population 10 years earlier. The loose framework of civilization that remains is fraying, and humankind's character is being tested. 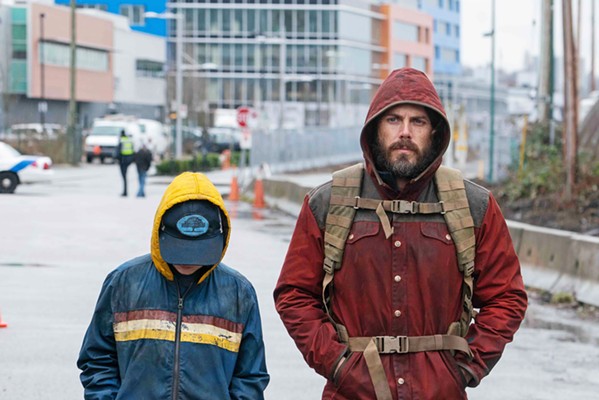 Affleck is dad to Rag (Anna Pniowsky), and through flashback we see Rag's mother (Elisabeth Moss) fall ill and pass, leaving Rag and her dad to fend for themselves. They camp in the forest and are wary any time they run into another person, who may or may not be willing to harm them for their possessions.

Occasionally they make their way into town for supplies, where government stores ration goods to keep survivors alive. Rag and her dad decide to make a long journey to her dad's grandparents' farm, located in a remote—and hopefully safe—area. They find the house occupied by a quartet of squatters, who allow them to stay for the night, but is it safe? That's the question that looms over every move they make. Rag's dad works to teach self-sufficiency, knowing the hardships ahead at what seems like the end of humanity.

Like director John Hillcoat's The Road (2009)—based on Cormac McCarthy's post-apocalyptic novel of the same name—Light of My Life is bleak cinema that highlights the unbreakable love of a parent for his child. Slow, depressing, but good—it shows the power of low-budget filmmaking. (119 min.) Δ