Years ago when I worked in a record store, coming up with a year-end top 10 list was a snap. After all, I managed to listen to tons of new releases over the course of the year and had access to them all. These days, most of the CDs I encounter are from local bands or touring acts, so I've broken this year's list into my favorite local CDs, favorite CDs from bands that toured through town, and a handful of national releases that found their way into my hands. Without further adieu, here they are:

This unrefined local quartet has more twang than a broken banjo being attacked by pride of feral housecats. Frontman Reed Cain has a voice like a kazoo. Remaining members Jon Clarke and the improbably named C.C. Ryder and Buck Dylan have more musical verve than virtuosity. Yet these four guys have created an album that's maddeningly brilliant in its nervy lo-fi glory. The songs themselves, all penned by Cain (save one he co-wrote with Clarke), seem immediately recognizable--meaning he's perfectly captured the country and western idiom. 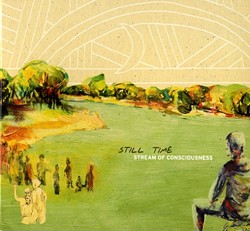 The band formerly known as Longview, and then the New Longview, has finally settled on a name--Still Time--and a sound that's an exceedingly polished mix of breezy California folk and stadium-worthy anthem rock. Listening to frontman Dan Curcio's reedy tenor launch into falsetto while the intricate playing of fellow band members Nick Bilich, Chris "Haircut" Arntzen, Paul "Pablo" Smith-Stewart, and John Vucinich swirl around, you can almost imagine a crowd of 40,000 bobbing in unison to an act that sounds like a combination of Dave Matthews and Ben Harper.

If you're a fan of Victoria Williams and Mark Olsen or Vic Chesnutt, you've got to hear El Capitan. The band's brief, eight-song CD is a revelation of jangly back-porch folk. The songs literally skip along, daring you not to tap your toes. Some songs creep along like a trickling creek before launching into soaring crescendos, but they remain hooky little pop nuggets disguised as country folk. Simply gorgeous melodies.

No doubt from their name and CD title alone you can tell that this band is a quirky little group of musical misfits that found a home in each other's eccentricities. Perhaps the best way to describe Fishtank is Gypsy meets Tin Pan Alley meets Russian folk meets Latin tango meets country hoedown meets horror movie soundtrack meets German cabaret meets cartoon music meets Middle Eastern belly dance--and yet the band isn't any one of those things. Put it on when you want to travel the world without leaving your living room.

Eilen Jewell's rollicking new album, Letters From Sinners & Strangers, has drawn comparisons to Norah Jones, Lucinda Williams, and Gillian Welch, but you might as well throw Loretta Lynn and Dolly Parton in there, too. Jewell is an amazing songwriter who can construct a countrified melody and lace it with brilliant lyrics whose cleverness is never overshadowed by pretentiousness. It sounds like good old-time music, but the literary themes never seem antiquated.

Amy LaVere's voice sounds like candy--a little girl warble so tender and sweet it's hard to believe she's singing about things like a woman who kills her lover but "killing him didn't make the love go away." LaVere also made a foray into movies in the last couple years, starring as '50s wildcat rockabilly queen Wanda Jackson in Walk the Line and in one of my favorite movies of 2007, Black Snake Moan. She was so popular during her first trip through SLO earlier this year that she came back again a few months ago and played two shows. A great recording from a Julie Cruise-like chanteuse!

When this quirky little Cali band--best known for trumpet-driven novelty-esque songs such as "I Bombed Korea" and "Satan is My Motor"--busts out Black Sabbath's "War Pigs" as the lead track on B-Sides, you know you're listening to something weird. But good weird! You'll also hear classics such as "Ruby, Don't Take Your Love to Town," "Strangers in the Night," and "Never Never Gonna Give You Up." Sheer genius!

Come one, come all! Gather under the big top for the greatest show on Earth! See clowns stomped by elephants! Watch as trapeze artists tumble to their deaths! See women on horseback perform a striptease! Okay, none of those things actually happen, but if they did, Gypsy punks Gogol Bordello could provide the soundtrack.

How can you not love Kid Rick? He's so humble, like when he sings the lead track on this new album: "It's all sex, drugs, rock n roll./ A soul sensation that you cannot control./ You can see I practice what I preach./ I'm your rock n roll Jesus./ Yes I am." Kid is the king of rock bluster, but damn if he can't slant a rhyme like nobody's business! His songs are all hookier than a tackle box, and he can shift from preening and puffery to become a tender balladeer at the drop of a hat. He's John Mellencamp for the 21st century. Rock on, Kid!

Amy Winehouse's sophomore album is hands down my favorite album of the year. When a friend who'd been living in the U.K. got me a copy before it hit America's shores, it came as a total surprise--a re-imagining of '60s soul and R&B songs by a skinny white girl with a voice big enough to cross continents. Sadly, Winehouse's bad behavior has eclipsed her musical genius, and she seems to continue to circle the bowl--waiting for the final flush--but even if she fades into obscurity or seals her place in rock history with a drug overdose, we'll still have Back to Black, as solid a recording as you're ever likely to hear.

Understandably, what I find important could easily occupy another person's list of absurdity. But like any rabid hobby or invested profession--whether it's wine tasting, car revitalizing, or being a music hound--the more you pore over dozen upon dozen of engineered concoctions, the more exacting your tastes become. With that prelude, here are 10 albums I will play in 2008.

Easily the most fascinating and addictive album of the year. Think of upbeat Afro-Cuban rhythms buried within every cumbia, exploited by the garage-rock swagger of bands like Them. The accordion is exchanged for the vibrant fuzzed-out sound of a surf guitar lead, and the Moog organ rave-up riffs will drive you wild. It's like the coolest kids in 1970s Peru grew moptops and took to the cantinas with rock-n-roll in their veins. Essential.

# Kings of Leon--Because of the Time

After touring the world, it was only a matter of time before the Southern rock instinct of these Kentucky boys was altered. But fear not, it's still greasy rock-n-roll, but with the arsenal of sound expanded to fill arenas, as well as attacking guitars that resemble the best of post-punk. With a seven-minute opening track titled "Knocked Up," these preachers' sons still can steal the stripes off a rattler, and take pulls from their flasks from the last row of pews without getting caught.

With U.S.-tightened Visa restrictions, M.I.A. was forced to search internationally for the sound of her next album. That's good news for us, because what she captures is the creation of a new musical mashing. American influences butt up against Bollywood soundtracks. Brazilian funk blends with Australian didgeridoos and Jamaican dancehall vivaciousness. M.I.A. wrestles this fusion with a tongue that paints pictures of Third World corruption, as visual as dozens of poor youths angrily knocking on the windows of a Hummer.

With their second release, Brooklyn's Budos Band will have you hooked, once again, with an amalgamation of soul-jazz and Afro-funk. This 11-member ensemble does without a vocalist, but you'd never notice, because each cut is a perfect concoction of thick rhythm bottoms and high-flying horn arrangements, without a smidgeon of space for the showboating antics of a lead singer. And it all sounds like it was recorded in the early '70s. Dynamite!

Record label Italians Do It Better gathered a handful of artists (Chromatics, Glass Candy, and more) to resurrect the sexy throbbing sounds of Italian disco. Stuffed with deep, slow-paced low ends and darkly atmospheric synthesized Casio stabs, each track yearns to push bodies closer on the dance floor. A necessity for your next house party, or the perfect background music when you're dolling yourself up for a night out.

Unkle Kyle re-emerges from a music-making hiatus and gifts us with an exploration of autumnal moods. Musically, the lo-fi sonics of past albums has been matured with warm harmonics and clean production. But this is still Kyle Fields, and with intimate songs that encompass beach sunsets and by-gone acquaintances, you can almost picture a shoe-less Fields strumming them to you, cross-legged.

A girl/boy duo whose pretty songs sound-like the hazy "Sunday Morning" dreaming of Velvet Underground, Arthur & Yu's debut is also the birth of a new label, Hardly Art. Sonically similar to the infamous Nancy Sinatra and Lee Hazelwood pairing (though with more sweet charm than subtle friskiness), there's a psychedelic-folk tint to the tracks, making this an exceptional companion to naptime yawns or open freeway driving.

With all the bristling excitement these Brazilian teen badasses produced, it's easy to see how their brand of favela funk extended past the reaches of Buenos Aires inner cities. Surging with the influences of rock, electro, and hip-hop, coupled with the frantic energy of youthful punk, their rapturous sound has merged into up-tempo DJ sets worldwide.

Elliott Smith was one the most expressive voices of modern life melancholia, so his early departure probably didn't shock a whole lot of his fans. His songs capture as much emotional torment and moodiness as any psychiatrist's couch, but his revelatory narratives were outfitted with pop sensibilities as accomplished as any Beatles song. On New Moon, we're offered two discs of never-officially-released tracks, without a single iota of filler. 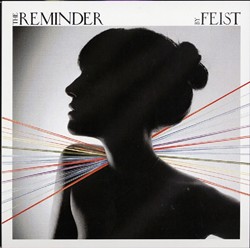 Imagine Norah Jones' wide appeal dipped in the hip coolness of Cat Power. Poof. Consider Feist the solution to this quizzical equation. Her song "1,2,3,4" blares from Apple's iPod commercials, yet she still resists getting stink-eyed as "selling out." She covers the wide terrain between infectious indie-bop and the sauntering sentimentality of jazzy pop with bounce, flair, and the sweetest voice.

Glen Starkey wants to hear your favorite albums of 2007. Tell him like it is at gstarkey@newtimesslo.com. When not at Boo Boo Records or KCBX's Night Train, Malik Miko Thorne reviews albums for New Times. Contact him through Glen.