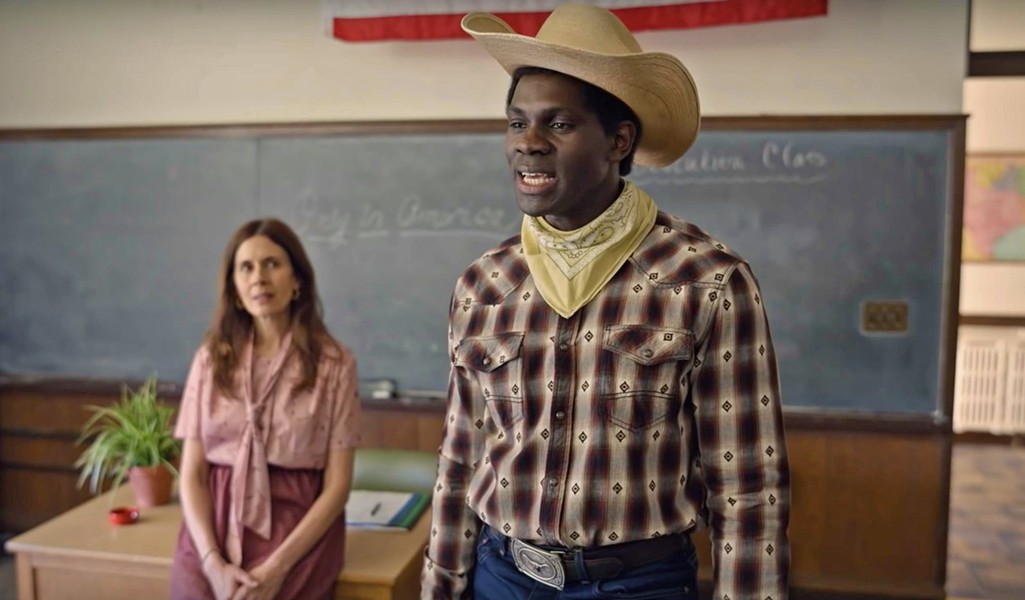 Inspired by true stories chronicled in Epic Magazine, Little America features an anthology of eight separate tales of immigrants to the U.S.—many funny, poignant, and indicative of the complicated relationship America has with its newest arrivals.

For instance, the third episode, "The Cowboy," chronicles international student Iwegbuna Ikeji's (Conphidance) experiences with racism. His college classmates make fun of his accent and behavior, and even his teachers react poorly to his earnestness.

When he adopts the dress of an American cowboy, he becomes an even bigger target of ridicule, at least until he meets a real cowboy who sees in him the sort of hardworking character and reverence for a fading lifestyle that make cowboys so iconic. The Nigerian student is then offered a taste of Oklahoma's pioneer spirit and acceptance. Heartfelt and worth watching! (Eight 30 min. episodes) Δ