While the 2018 elections are still a year away, hopeful political candidates on the Central Coast are already kicking off their campaigns for elected offices ranging from Congress to county supervisor.

As of press time, those in the mix included both familiar faces and newcomers, while some incumbents in key races are still awaiting challengers.

Freshman Rep. Salud Carbajal (D-Santa Barbara) is vying to protect his 24th Congressional District seat for the first time, and has $1.3 million in campaign funds in tow. 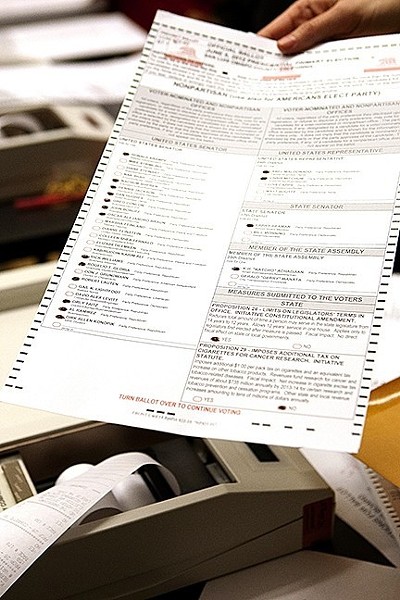 Carbajal could—once again—have to take on Justin Fareed, a 29-year-old Republican rancher and businessman, who recently announced another run for Congress, his third crack at it since 2014. In 2016, Carbajal and Fareed squared off in a well-funded, contentious race, with Carbajal claiming a 7 percent victory.

According to Rosemary Canfield, chair of the SLO County Democratic Central Committee, re-electing Carbajal will be a top priority for the local party. Canfield praised Carbajal for managing to be productive and represent the progressive interests of the Central Coast in a Republican-controlled Washington.

"That is not easy to do right now," Canfield said. "He's been very actively defending our coastline and has had his eye on things like the Carrizo Plain and our open spaces."

Randall Jordan, chair of the Republican Party of SLO County, did not respond to an email request for comment.

For the state and local races, hopeful candidates can't officially file candidacy petitions with the County Clerk's Office until mid-December. Nevertheless, incumbents and challengers are already gearing up for their campaigns.

A re-election campaign committee is active for freshman state Assemblyman Jordan Cunningham, who represents SLO in the 35th District. He could face a challenger, Alexis Lopez of Grover Beach, who also has a committee indicating a run.

The SLO County supervisor races are expected to draw a great deal of local attention and rancor, with two of five seats up for grabs on a Board of Supervisors that's bitterly split along partisan and ideological lines.

Paulding, a 31-year-old AG native, told New Times he's fed up with the division on the Board of Supervisors and what he described as a "focus on political agendas."

"We want our local elected officials to focus on issues," Paulding said. "The fact that this is a non-partisan race matters. ... I want to stand up as someone young, with a new fresh perspective, to hopefully bring unity to the board and represent the interests of the community. We deserve better."

In the other open county supervisor race for the 2nd District seat, which covers the North Coast from Los Osos to the Monterey County line, incumbent Bruce Gibson has announced his candidacy for a fourth term. A challenger has yet to emerge to take on Gibson, a progressive-minded Democrat.

Sandy Tannler, the 2nd District representative for the Republican Party of SLO County, thinks that has to do with Gibson's long tenure as a supervisor and the political makeup of the district. When Tannler organized two neighborhood gatherings in Cayucos and Morro Bay to try and recruit potential supervisor candidates, three people expressed interest, but, so far, none have taken additional steps toward a campaign.

"It's really hard," Tannler told New Times. "With an incumbent, it's always difficult to challenge them. Bruce [Gibson] has been our supervisor for so many years and people get used to that. You have to find someone who has that fire."

"It used be like 50-50 [Republicans and Democrats]," she said. "The dynamics have really changed in the last eight years."

According to campaign finance data, other key county races in 2018 that are lacking candidates besides the incumbents include sherriff-coroner, district attorney, assessor, auditor-controller, clerk-recorder, and county superintendent of schools.