Lizette Miselle was 17 years old the first time she saw a comedian live. She was at Cal State Northridge and one night caught a show from the legendary firebrand Sam Kinison. Maybe because she was so young, maybe because she was female—whatever the reason was, Kinison heckled her. She hurled something back, and the two struck up a friendship. Soon enough, he invited her to another club. There, she got her start.

“I just jumped on stage,” she recalled over the phone. “It wasn’t that my material was funny. … I jumped off stage, pretty erratic, pacing, swinging the cord. Everyone was just laughing. I thought, ‘I don’t know what happened.’ Jamie, the host, said, ‘You have that spark.’ The material is one thing; the spark you can’t teach. That’s when it turned into years of curtailing that.”

Miselle continued stand-up for a few years, but took a lengthy break once she had kids. She had already moved to the Central Coast, and the comedy more or less stopped completely until someone overheard her talking about performing. They needed an opener. After nine years, she still had the comedy bug. That small, filler performance recharged Miselle’s career. She began playing bigger shows and bigger venues, including gigs opening for Dana Carvey and Jon Lovitz.

About six years ago, Miselle had an idea. Her brother owned a restaurant in Atascadero. Why not start a comedy night there?

“It was just sold out,” she said. “People were coming out on Wednesday. I thought, ‘OK, we’re not even doing this on a prime night.”

As the show grew, Miselle began calling it Big Laugh Live. And what began as an intimate evening of stand-up has transformed into an annual headlining event, intended to bring clean, quality comedy to the Central Coast.

With a red carpet, drinks, and dinner, the event is a throwback to the classic, lounge-style format of comedy, with an opener and three headliners. This year, Miselle’s lined up an impressive crop of stand-ups.

There’s Eric Schwartz, aka Smooth-E, who’s been mixing music and comedy for the past 20 years. In the style of Weird Al, he crafts elaborate parodies of popular music, ripping the likes of human-sized Polly Pocket Taylor Swift and everybody’s least favorite day-of-the-week reminder, Rebecca Black. Over the years, Schwartz has worked with the likes of Craig Robinson (The Office, Hot Tub Time Machine) and appeared on The Tonight Show with Jay Leno in addition to his four comedy albums. 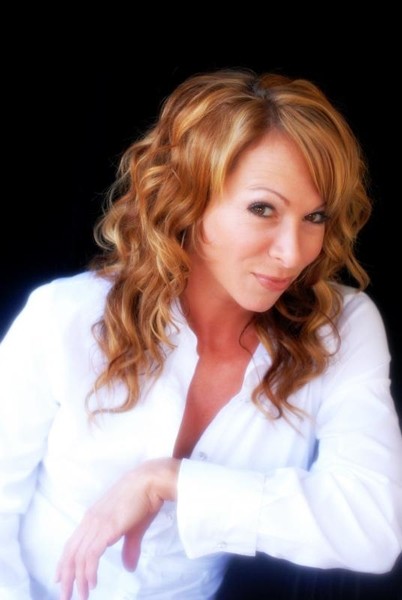 Alongside Schwartz, impressionist Dave Burleigh will take the stage. He began comedy as a dare during his time at Cal Poly and since his graduation in 1990 has carved out a nice niche with his dead-on impressions of Nic Cage, Charlie Sheen, and Vince Vaughn. In 2012, Burleigh was featured on America’s Got Talent, where he received a standing ovation.

Andrew Kennedy, the third headliner for this year’s Big Laugh Live, met Miselle at the Alex Madonna Expo Center when she was opening for D.L. Hughley.

Like Burleigh, Kennedy started out doing impressions of celebrities—names like Bill Clinton and Steve Irwin—at comedy clubs in the early ’90s. Then, his material started to shift and become more autobiographical.

By any comparison, Kennedy had an unusual upbringing. He was born in South America to a Colombian mother and British father. His father was selling encyclopedias—you know, tale as old  as time.

“I realized the funny story is my life story,” he told New Times. “That’s where it [his comedy] went into talking about my growing up in seven different countries by the time I was 13-years-old.”

Kennedy’s atypical childhood forms his atypical approach to comedy. He grew up watching the British classics—Monty Python’s Flying Circus and Benny Hill.  He cites Eddie Izzard as one of his favorites. But Kennedy’s style is entirely his own—a mix of wild storytelling and personal detail.

“It comes from life experience,” he said. “It takes about seven to eight years to find your voice. The first decade, figure out what exactly you really want to do rather than how do I make people laugh. You say what you mean. Now, it’s like I got a doctorate in comedy.”

When Kennedy isn’t touring, he lives in Los Osos with his wife and kids. He’s working on a new TV pilot and continuing to develop material that caters to a variety of audiences. From a diverse background, he brings a diverse set—something that defines the overall character of Big Laugh Live. This year, you can see stand-up in nearly all its disparate forms.

“We try to mix it up,” Miselle noted. “We try to have something for everyone. For Andrew, it’s clean and great storytelling. Erik is crazy with music and parodies. Comedy is so subject; we try to raise the bar.”

Jessica Peña does a mean  impression of a dead sloth.  Truly uncanny. You can request a performance at jpena@newtimesslo.com.