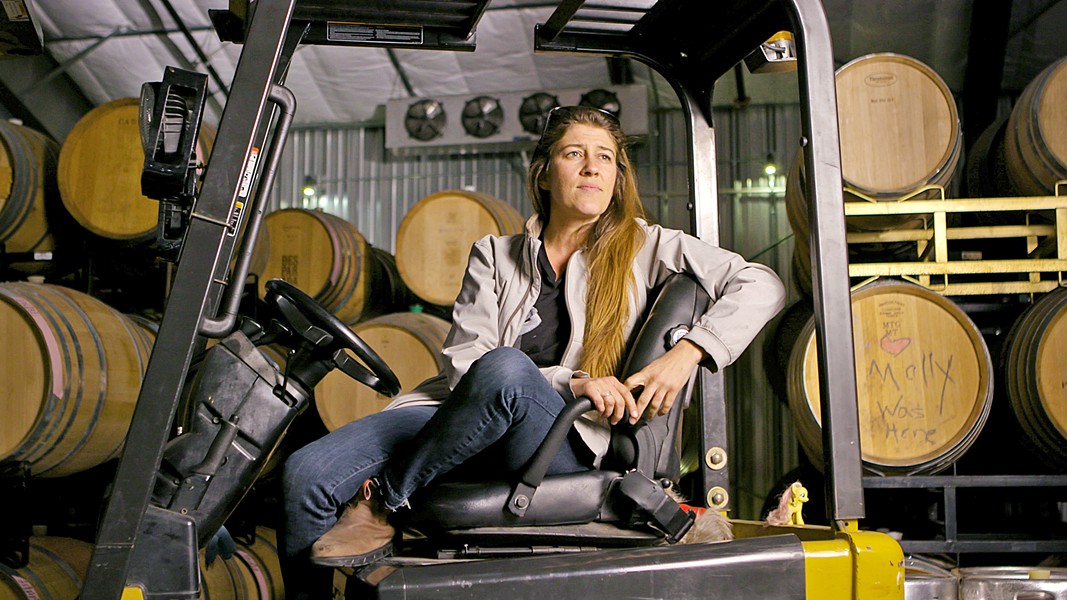 A toast to tenacity

Welcome to Tin City, as detailed by director Dina Mande's new documentary of the same name. The film, which was celebrated at the San Luis Obispo Film Festival, Newport Beach Film Festival, and LA's LaFemme Film Festival, is now available through Amazon on Prime Video, DVD, and Blu-ray. For more on Dina Mande and Juice Media, go to hellojuice.com.

By now, most people in SLO County know about Tin City. But soon we'll have to work harder to find parking at our not-so-secret, secret spot.

Filmmaker Dina Mande released a new documentary called Tin City this November, and it does a beautiful job of telling the first volume of Tin City's history. Mande chats with more than 20 of the people who work in the industrial microcosm of Paso Robles that seems to be growing into the coolest destination in the county. You can't help but immerse yourself in the fascinating stories and personalities that this film focuses on, which are primarily makers of wine, cider, and brandy. 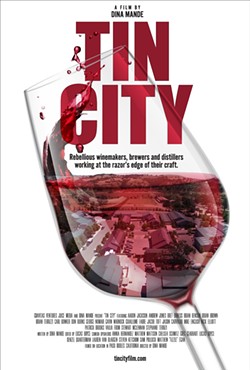 One minute you're hearing about the soul found in soil, and the next it's chemistry and plant science. There's so much we wine consumers don't understand, but this film lets us in on the obsessive process the Tin City winemakers live and breathe. Hand-harvesting, hand-sorting, site selection, and shoveling grapes are on the menu. Mande did a great job letting us in on Tin City's sensitive side, curating only the details that move the film along and add color and personality to the cultural phenom known as Tin City.

I didn't know winemakers had to put their ear on the barrel to listen to the snap, crackle, and pop of fermentation happening, did you?

Mande is a multidimensional director, editor, and producer who spent years working in entertainment and advertising with big clients. She made the move from Hollywood to Paso Robles in 2009, and as founder of Juice Media, Mande has continued to expand her horizons, winning more than 20 Addy Awards and two Telly awards. You may also know her work as the director behind the viral web series Paso Wine Man, which has become a cult phenomenon within the wine world. 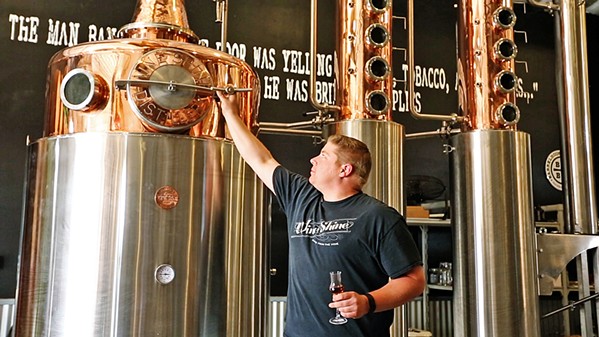 "The documentary pulls back the curtain and allows viewers to dive past the average wine tasting room banter," Mande said in a press release. "You actually get to meet these creative souls and understand the vision behind true boutique wine, cider, and craft beer. This is the unmistakably human element within the bottle. Once you know their stories, you can't un-know them. It only deepens what's in your glass."

The owner and pioneer of Tin City, Mike English, who began his career in pools and big, artificial rock climbing walls, according to the film, chose only people he thought would "get along" when forming his food and wine village. Apparently, he does his research before anyone can get into a building on one of the Tin City industrial blocks.

The film tells the story about how his little wine and foodie commune began with BarrelHouse Brewing Company. English told Mande he chose BarrelHouse as his anchor because he wanted to build on a concept of "build it and it will come."

Now, the area's one big, noncompetitive, happy family. When someone needs to borrow a cup of sugar (or a pressure washer or forklift), no problem. They're there for one another even though they may be a pretty eclectic bunch, as Gionata Wines winemaker Brian Terrizi, who also owns Etto Pasticio and Tin Canteen, puts it. Featured in the film, Terrizi and his co-owner/winemaker wife, Stephanie Terrizi, describe everything from the vibe of Tin City to their neighbor at Field Recordings, who knew where they kept their paper plates before they did.

Some from the Tin City patchwork came from wine families. Others fell in love with winemaking as a second career. The film taught me that the Tin City bunch were once engineers, gardeners, restaurant workers, and even a former boat captain. Many are passionate self-starters, who have been through the grind to get to where they are now. One thing is for sure, English chose well. Every single Tin City tenant has a dynamite story and charismatic charm. 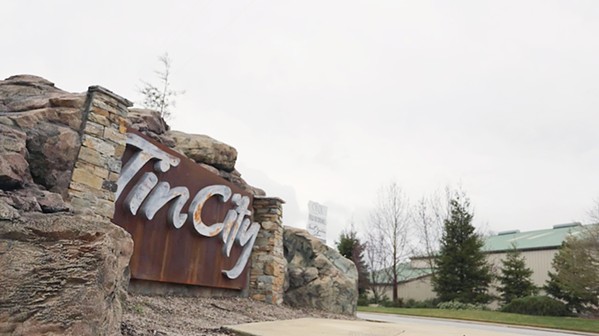 Who should watch this film? Anyone in the hospitality or wine biz. If you're going to learn about appellations, learn about destinations.

I've visited my share of wineries and partake in as much viticultural education as I can, but this film taught me a great deal and I definitely enjoyed the ride. Mande's a filmmaker with great taste and timing.

After watching Tin City, I have a much better idea of where I want to wine taste next. I'm thinking I need to meet some of the winemakers in the film and definitely stop by Wine Shine to meet the hilarious Patrick Brooks, as he naturally provided many of the laugh-out-loud moments in the film. 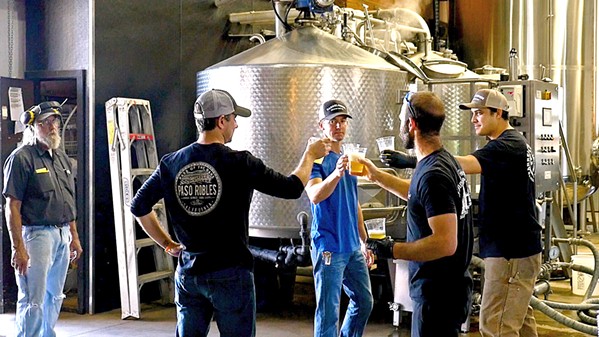 To say Tin City is the up-and-coming place to be may be a bit of a cliché, but it's true. It's unpretentious, non-corporate, dirt and boots. This is a place that calls its events "block parties." And so, as a suburbanite who grew up on a safe sidewalk, shooting-the-duck on roller skates to the neighbor's dinner table, I'm in. Δ