No checks, no tips, no service

The National Restaurant Association calculated that in 2019 in California there were more than 1.8 million jobs in the restaurant and food service industry—equaling 11 percent of employment in the state. In San Luis Obispo County, city-data.com states that as of 2017, the number of full-service restaurants in the county is 288. Food preparation and serving-related occupations are the fourth most common occupation in SLO County for males (7 percent) and fifth (7 percent) for females. In the meantime, out-of-work servers can sign up at serviceindustry.tips/en/ca/san-luis-obispo to receive tips via a Venmo or Cash App account. Supporters can visit the same link to tip a selected or random service industry worker. No data or fees are collected in the process, with all funds going to the recipient. For more information about SLO Safe Ride partnering with local farmers, visit slosaferide.com/farm-delivery-services or contact Mike Linn at (805) 620-7233 or mike@slosaferide.com.

Following the bar and restaurant closures brought on by the national response to COVID-19, hundreds of thousands of service industry workers have been left indefinitely jobless—a good many without benefits, savings, or financial support from their employers.

"People are stressed, but they're not losing their minds yet," said Patrick Nicholson, an industry professional who works at three different North County food and drink establishments.

He is the quintessential wine country bartender—22-years-old, charismatic, motivated, versatile, and willing. Nicholson was the one who served P!nk when she came to town for that wine festival in January. He knows what Assemblyman Jordan Cunningham likes to drink when he watches the game and treats his kids to Nino's chicken strips. He knows how to impress the ladies on their girls night out with the liquid-nitrogen-steamed-up cocktails.

For a year now, Nicholson has been the assistant manager at Cool Hand Luke's, but he's been there in other capacities nearly four years; he picks up shifts at Nino's Grill; and he had just started a new bartending job 1122 Cocktail Lounge & Speakeasy, after working his way up from barback to cocktail server to the prized bartender position. With his three jobs, he works five to six shifts per week.

In mid-March he had just finished his first weekend shift at 1122 when the announcement to shut down the bar was made.

His friend, who was working at a winery, called him when he was attending another friend's birthday celebration.

"She wasn't frantic, but her blood was flowin'," Nicholson said of when she informed him about the first wave of change to hit the restaurant industry: the governor's announcement that all restaurants were supposed to reduce occupancy by 50 percent and all bars were to close.

Soon dine-in restaurant service and catering events would be eighty-sixed.

After his friend's surreal warning, Nicholson resorted to his phone, flipping through the recent news reports.

This was for real.

"It was that disbelief, this sense of being in the Twilight Zone," he said, seeing his employment evaporate in an instant. "It kind of just blew me away."

He turned to his friends and told them they needed to stop the party so he could break the bad news. Ironically, Nicholson had traded a shift to attend his friend's birthday celebration that night. He had no way of knowing those tips he could have made that shift would have been nice to have for the time he would spend out of work.

Unless you've worked in the industry—and I've paid my dues, from busser to bartender to restaurant manager and everything in between—you'll never fully understand how tip income is everything. You cannot live off your measly minimum-wage paycheck. The tips you claim are taxed. At the end of the night, you tally your sales, and disperse your tips to your busser, host, expediter, and cooks. You pocket the rest. This cash, in my experience, can be between $20 to $300. This is your real income, which often goes right back into the circle of restaurants and bars (if you're young and able), or to the grocery store to pay for food for your family.

Within five minutes of learning the news, Nicholson called everyone he knew who would be affected.

Since then, Nicholson said the primary complaint he's hearing from his fellow restaurant workers is regarding filing for unemployment.

"They kind of joke they're going stir-crazy, but they're doing OK," Nicholson said.

Some of his friends are involved in restaurant take-out operations, which means "a significant loss of income," he said. Sources say some food places have days of bringing in a mere $150 in sales for the whole day ... translating to $20 for the to-go worker in tips.

"Some people are starting to do odd jobs ... making a little bit of money to push them along," Nicholson said.

The first week he saw his industry folks being their naturally resourceful selves. One of his Nino's buddies found work from a couple who frequents the restaurant filling in with some rooftop gutter-cleaning work.

"Some people, on the bartender side of things, are coping with it, by doing what they love to do," he laughed, "and that's to serve drinks and drink drinks. The first week the vibe was everybody just kind of drowning in their sorrows—I was as well.

"It's just crazy when I drive by downtown; having to see it empty and lifeless for the past couple weeks is just disconcerting."

Nicholson lives with his older sister and her two children on a property shared with his mom, stepdad, and younger brother. Luckily, he said, he's taken care of his own finances enough to weather the storm so that he doesn't have to worry too much about waiting for those EDD checks.

But if this continues too much, he said he'll have to find another type of work.

"For the time being, I'm just being optimistic, taking this time for myself," he said. "It's giving me a lot of life perspective ... . It makes me take things not so much for granted in a different way than a lot of other events in my life have made me not take those things for granted."

Nicholson sees the opportunity and meaning in all of this. 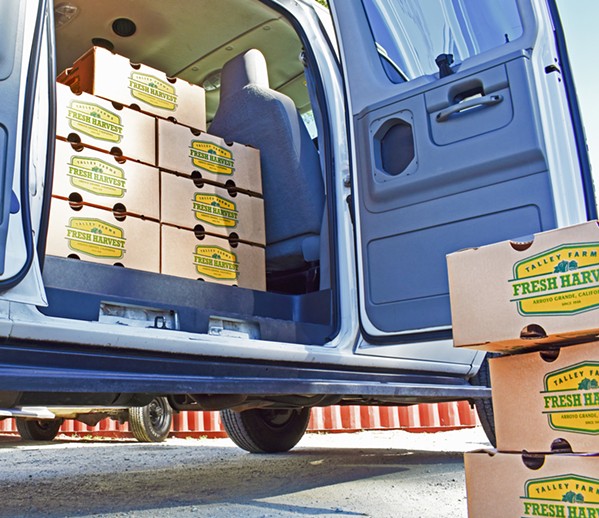 "We have a lot of passionate people around here in terms of service. For food, for wine. For cocktails ... and I know that we're all going to come back with a lot of motivation and desire. The trend that Paso has right now for the wine and service industry—I feel like that's going to pay back in dividends in terms of what these people are going to be bringing to the table with their new mindset for work in general," he said.