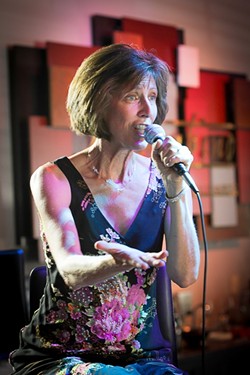 Neal Losey from KCBX’s Morning Cup gave me my first taste of Judy Philbin’s voice when he started playing tracks from her new album Keeping It Simple, a collection of a dozen songs—nine classics and three originals. My first thought was, “Where have you been all my life, Judy Philbin?”

Her voice is a bell-clear thing of beauty, playful, nuanced, and able to effortlessly convey emotion.

“Singing is so personal; it’s your own body creating the sound. There’s nothing else like it,” she says on her website (judyphilbin.com). “I enjoy just about all styles of singing. I’ve even sung in an Irish band. Instead, I consider myself a storyteller that draws from the musical and emotional freedom that grew out of jazz and blues. It’s about moving the listener’s heart an inch, a mile, or sometimes light-years to another dimension. As a teenager, I was singing ‘Leavin’ on a Jet Plane.’ In the center of that intimate venue, about three rows back, was a woman—I’ll never forget it. The light was reflecting off the tears in her eyes. I carried that memory with me for years before I understood the emotional power of my own voice.”

There’s plenty of space for her voice to convey emotion on Keeping it Simple, a collaboration with the great local guitarist and composer Adam Levine. It’s just her voice and his guitar on songs such as “A Wink and a Smile,” “Moonglow,” “Skylark,” “Nearness of You,” and “Bésame Mucho.”

It’s a great record, and Judy Philbin has a couple of upcoming shows to promote it. This Sunday, Feb. 2, she plays SLO’s Unitarian Universalist Church with Adam Levine and bassist Ken Hustad at 2 p.m. ($20 general admission; $5 for students; brownpapertickets.com or 786-4331).

“A concert on Super Bowl Sunday? OMG! What were you thinking! Yes, several have posed this question,” said Philbin. “To provide an answer, I turn to a source of great wisdom, the Bible. In Ecclesiastes 3:1, King Solomon instructs that, ‘To every thing there is a season, and a time to every purpose under the heaven.’ Very loosely translated, this means 2 p.m. on Sunday is the time to enjoy truly fine music as Adam Levine, Ken Hustad, and I kick off this year’s concert series hosted by the Unitarian Universalist Fellowship. Four p.m. is the time to head over to the Super Bowl party. The game will be far from over, you can view any ads you may have missed on the Internet, and there will still be plenty of guacamole!”

And you can also catch Philbin every Thursday, including Thursday, Jan. 30, from 6:30 to 9:30 p.m. in La Bellasera Hotel, with Levine and bassist Mike Swan.

If she doesn’t perform it, be sure to request “Surry with the Fringe on Top.” Her rendition is a real charmer!

This Thursday, Jan. 30, rock fusion instrumental trio The Aristocrats will bring their shredding sounds to the Brew, promoting their new album Culture Clash. Our own ripping guitar guru Travis Larson will open the show (7:30 p.m.; all ages; $20). 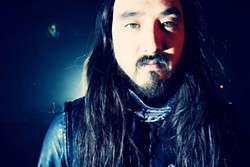 The club’s quarterly karaoke contests have been going gangbusters, and they’re drawing some really good talent, maybe because of the $500 first prize. The next one is Friday, Jan. 31 (7:30 p.m.; all ages). If you want to participate, I suggest you arrive right when doors open. They’ll place hopefuls’ names in a hat and draw participants at random. If you’re good, be ready with more than one song, because finals will be asked to sing a second and third song for the judges to determine the grand champ. Brotha C hosts.

Rock guitar legend Michael Schenker will command the stage on Tuesday, Feb. 4 (7 p.m.; 21-and-older; $20 presale or $22 at the door). While just 15 years old, he joined his brother Rudolf’s band Scorpions, with whom he produced his 1972 album Lonesome Crow. Then he was recruited by UFO, and they released 1974’s Phenomenon, which featured the songs “Doctor Doctor” and “Rock Bottom.” Schenker became an instant legend! 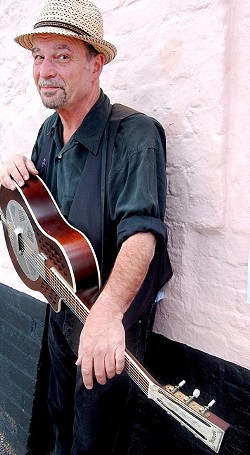 Finally, on Wednesday, Feb. 5, check out Whiskey Myers (7:30 p.m.; 21-and-older; $13 presale or $15 at the door). The group writes great narrative songs, and while their sound has been called rebel music, they prefer the term everyday soul. These Texas boys can really put on a show. Aces Up opens.

Electronic and dance music fans, squeeze your legs together so you don’t pee yourself, because Steve Aoki returns to the Central Coast this Friday, Jan. 21, at the Cal Poly Rec Center (doors at 6 p.m.; general admission $50; student tickets $40, at all Vallitix locations or online; all ages). Dzeko & Torres, Autoerotique, and Max Styler will also perform.

“Winter White tour is a national touring concert experience, which features the biggest DJs in the world and is designed to transport event goers to an all-white, all-winter environment by pushing the limits of event production in a re-imagined winter experience,” according to concert organizers. “The lifelike snowstorm and the interactive Winter White Yetis all combine to create a memorable experience for every attendee.”

Get your groove on!

Steve James plays the next Red Barn Community Music Series concert this Saturday, Feb. 1 (doors at 4:30 p.m.; potluck at 5 p.m.; concert at 6 p.m.; $15 at the door). He’s well known among contemporary acoustic folk and blues fans, playing guitar, slide guitar, mandolin, and guitar-banjo. John Hammond, Bo Diddley, Buddy Guy, and Howard Armstrong are but a few of the luminaries he’s shared a stage with. He’s also appeared on numerous compilation albums, including a recent Grammy-nominated tribute to Mississippi Fred McDowell and an homage to Charley Patton to which he contributed both music and liner notes. If you know what’s good for you, you’ll be there!
Indie, jazz, folk, and soul artists Matthias & The Cry play D’Anbino Tasting Room this Saturday, Feb. 1 at 8 p.m. They call themselves “a soul sauced roots jazz Exploratorium.” Eric Brittain (mandolin, fiddle, and guitar), young master drummer Antiye Mensah from the Pan African Orchestra, and Native American bassist Michael Hocking guest star.

TRAXX, a five-piece band that says they’re “rockin’ and rollin’ down the railroad tracks of life with a country flavor,” wants you to ride along with them at The Pour House in Paso Robles this Saturday, Feb. 1, from 8:30 to 11 p.m.

The Fuel Dock Saloon in Morro Bay recently upgraded their light and sound system, and Back Bay Betty is ready to rock it this Saturday, Feb. 1, from 9 p.m. to 12:30 a.m.

Cej (pronounced like “siege” and short for Carl E. Johnson) plays Sculpterra Winery on Sunday, Feb. 2 (1 p.m.; all ages; free). He’s proof that it’s never too late. Now 60, he’s touring with his debut solo CD. That’s not to say he’s new to the music scene. Over the years he’s played in bands that recorded for major record labels (MCA, Columbia, United Artists) and shared stages with big stars like Linda Ronstadt; Chuck Berry; Crosby, Stills and Nash; and Peter, Paul and Mary. A handful of other artists will also appear during this Songwriters at
Play showcase. 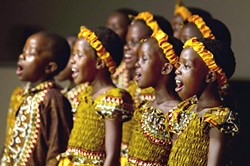 Also this Sunday, Feb. 2, Doug MacDonald, one of the West Coast’s finest jazz guitarists, plays the next Famous Jazz Artist Series concert at the D’Anbino Wine Tasting Room. Bassist Luther Hughes and series co-producers Charlie and Sandi Shoemake (piano/vibraphone and vocals respectively) join in. They play at 4 and 7:15 p.m. ($15 each,
or see both for $20; reservations at
927-0567).

On Monday, Feb. 3, at 7 p.m. in Hillside Church of Grover Beach (489-4608), put a smile on your face with a concert by The African Children’s Choir, who can melts the hearts of audiences with their beautiful voices and lively African songs and dances. The program features well-loved children’s songs, traditional spirituals, and gospel favorites. The concert is free and open to all, but a free-will offering will be collected at the performance to support African Children’s Choir programs, such as education, care and relief, and development programs.