San Luis Obispo County and other local agencies wrestling with depleted groundwater have their sights set on state grants that, if secured, could cut local groundwater management costs in half over the next few years.

The Department of Water Resources (DWR) is divvying $86 million in Proposition 1 (the Water Quality, Supply, and Infrastructure Improvement Act of 2014) funds to localities next year to help subsidize the crafting of long-term groundwater sustainability plans, required per state law by 2020.

SLO County has up to six groundwater basins that require separate plans, and the state's offering 50 percent cost sharing for up to $1 million per basin—with the exception of $1.5 million for the Paso Robles Groundwater Basin since it's considered critically . 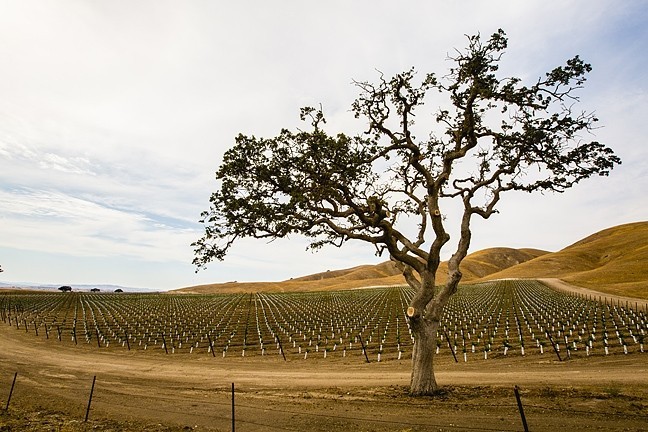 County Water Resources Department Division Manager Courtney Howard told New Times the county is working alongside the city of Paso, Atascadero Mutual Water Company, and other local agencies to file grant applications for the respective basins by a Nov. 13 deadline.

"I think we have a good chance [of receiving the grants] because if you do the math, just about every basin is covered with the money available," Howard said.

The grants could ease the tension surrounding a controversial county policy decision that allocated millions in general funds—$1.25 million per year—on groundwater management in the unincorporated basin areas.

Writing groundwater sustainability plans requires technical consultants, staff resources, and board meetings to chart the course of each water basin's plan. Locally, governing agencies were formed for each of the Paso Robles, Atascadero, Cuyama, Santa Maria Valley, and SLO Valley water basins. The county is going to request that DWR reduce the boundaries of the Los Osos Valley basin, with the hope that a sustainability plan won't be since the bulk of that basin is under the management of a court adjudication.

Even though last winter marked California's highest rainfall total since 1998, local groundwater levels have yet to recover, for the most part. According to recent monitoring by DWR, water levels in Paso Robles are still more than 25 feet below what they were in 2011. Near Shandon, they're a little better off at between 5 and 25 feet below levels in 2011. Only the water well levels in Los Osos have seen an increase of 25 feet or more over the past five years in the county.