In anticipation of the warm weather throughout San Luis Obispo County, Lopez Lake Marina posted on its Facebook page that its restaurant, store, and boat rentals would be opening on April 24 with some restrictions on the number of visitors.

According to the San Luis Obispo County parks department, Lopez and Santa Margarita lakes have been open during the shelter-at-home order and have experienced overcrowding issues with patrons not observing physical distancing guidelines. In order to mitigate the issue, the department established a safe carrying capacity for vehicles at both parks until the order is lifted. 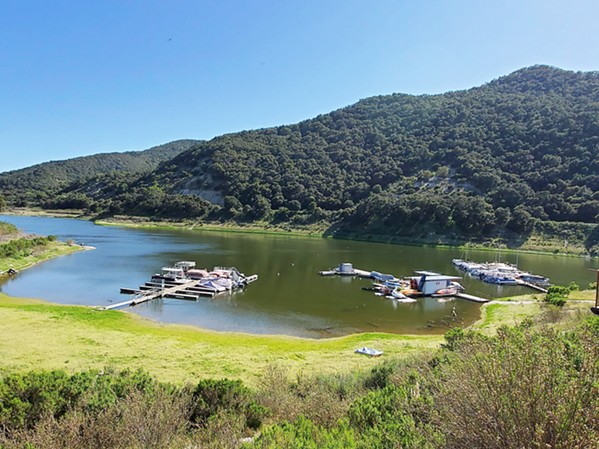 "I wasn't working that day, but I spoke to the other rangers that were on staff and they said most people were understanding. I mean I think everyone gets it that there's a new normal right now and there are regulations everywhere," Mohle said. "There were a few individuals that were upset and [it's] understandable, you know, we're a little ways off the beaten path."

Summer Scott, the general manager of the lake's restaurant, store, and boat rentals, said that most patrons were doing their best to follow the social-distancing guidelines. Scott said she spoke to a lot of people who were locals and enjoying their first time at the lake and also to individuals from San Diego and Monterey counties.

"A lot of them were cooperative. They wore their own masks, and we had other stuff in the store they could use. So they complied, but some of them were very rude about it and just not seeing the need to wear anything because they were fine," Scott said.

She said she and her staff explained to these individuals the social-distancing guidelines and masks were a request that the establishment was asking of customers who wanted to come into the store and restaurant.

Ryan Wemple, a park ranger at Santa Margarita Lake, said they've seen the lake reach capacity over the weekend and during the week as well.

"We've been getting a lot of people from out of the area that want to come and recreate out here at the lake, and I think a lot of that has to do with the fact that there are other counties that have closed down their fishing and lake use," Wemple said. Δ