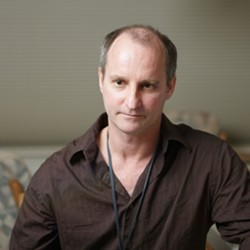 Charles Lynch, who owned the now-defunct Central Coast Compassionate Caregivers medical marijuana dispensary in Morro Bay, was recently featured in a 20/20 segment with ABC News’ John Stossel, and a second feature by Al Roker on MSNBC. Both shows deal with the battle between state and federal laws regarding the medicine/drug, with the Lynch case front and center in the dispute. Both program interviews are available on Lynch’s website friendsofccl.com. Lynch has been championed by comedian Drew Carey on Reason.tv. Lynch is expected to be sentenced March 23 at a federal courtroom in Los Angeles. He faces between five and 100 years in prison for growing and distributing medical marijuana as prescribed under state law.