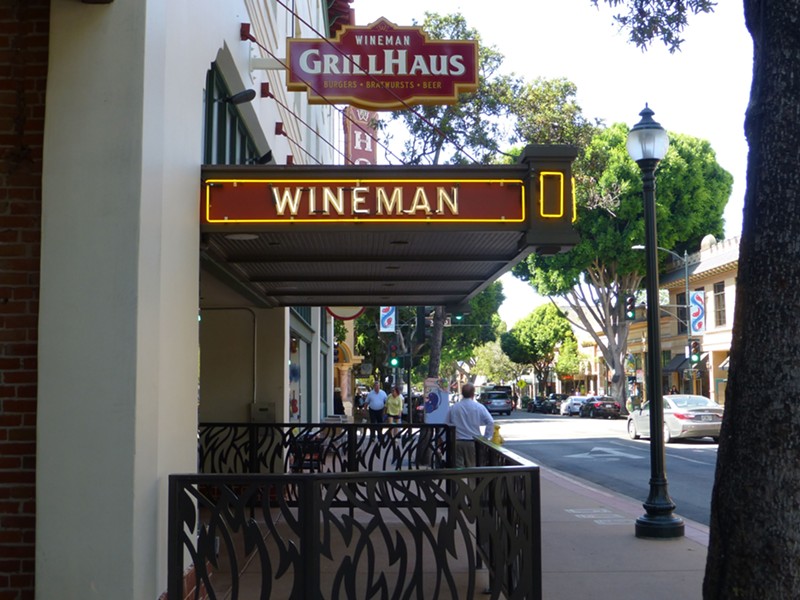 “It’s a mix of German and American foods,” said Jason Luke, the owner of the restaurant. “We’re blending things that are familiar to most Americans, like bratwurst, which has roots in German tradition, but we put our own new spin on them. We wanted something that would be completely unique in San Luis Obispo, yet still mainstream enough to appeal to wide variety of people.”

GrillHaus’ schnitzel, one of the more popular dishes, is an example of the restaurant’s creativity when it comes to restructuring the German cuisine. Traditionally, schnitzel is made from a pork, veal, or turkey cutlet, which is then tenderized, breaded, and fried. However, Luke said their schnitzel, while still breaded and fried for deliciousness, is made from pork loin, which he feels has better taste and consistency than cutlets.

Additionally, their potato salad is roasted rather than boiled, with much less vinegar in order bring out more flavors.

As for the atmosphere of GrillHaus, while the servers and waiters are garbed in highly traditional German clothes—like lederhosen and dirndls—the actual restaurant has a more modern, lounge-like feel to it, according to Luke.

“I think first and foremost, it’s important to have a friendly environment in a restaurant,” Luke said. “As well as having good, friendly service. There are so many restaurants that are chaotic, where you have to fight for a table or service, it’s like you’re walking into a meat market. We want to make sure that we provide our customers with a friendly atmosphere and service, and of course, good food.”

Luke says that Wineman GrillHaus is still in the stage of trying to figure out what works best for them, but cites the local restaurant Luna Red as an example of what he wants for his own place.

“I like that they do a lot of interesting and different things with their menu,” Luke said. “It’s traditional, but still unique. They don’t bind themselves to an ideal that’s unchangeable, and in that way, they appeal to a lot of different people.”

The restaurant is currently open only for dinner, between 5 and 10 p.m., although Luke said that they will soon be opening for lunch, and will be staying open all through dinner until 10 p.m. Wineman GrillHaus is located at 851 Higuera St. in downtown San Luis Obispo. For more information on the restaurant or the menu, call Jason Luke at 878-6457.

Cuesta College is holding three information sessions during the months of September and October for anyone interested in the nursing programs. The programs are held every fall and spring semester. The first of these information sessions will be held at the SLO campus in room 2509 on Sept. 11 from 6 to 8 p.m.

The session will give a basic overview of the program requirements, prerequisites, and application processes for people interested in an Associate in Science Degree in Registered Nursing (ADN).

For more information about the upcoming meetings, call the Cuesta Nursing Department at 546-3119.

Intern Adriana Catanzarite cooked up this week’s Strokes and Plugs. Send your business and nonprofit news to strokes@newtimesslo.com.