When Five Cities-born physical education teacher Jerome Jones was working at a school in Utah, he went to the school library to find a book for kids that broke down health and nutrition on a level they could understand.  But no such book could be found. 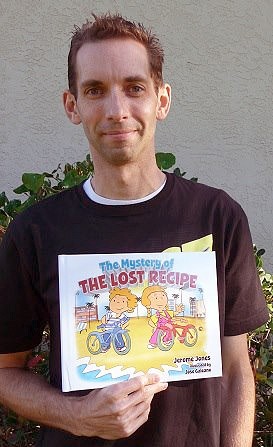 Jones, 33, decided to solve the problem by writing and publishing his own book, The Mystery of the Lost Recipe, in 2012. The book follows Abby and Tommy, who like to solve mysteries in their small beach town called Pismo and learn along the way. In his debut book, Abby and Tommy are on an adventure to help Mr. Nut, the owner of The Orange Surf Restaurant, find his lost recipe before it’s too late.

“You can read it to kids from kindergarten to sixth grade and they all enjoy it,” Jones said.

Jones’ second and most recent book in the series, The Mystery of the Lost Uniforms, came out in November and follows Abby and Tommy as they help Coach Hill, the Pismo High School basketball coach, find the team’s uniforms before the back-to-school basketball jam.

“It takes place locally, and it promotes teamwork and fitness, and they’re trying to solve a mystery along the way,” Jones said. 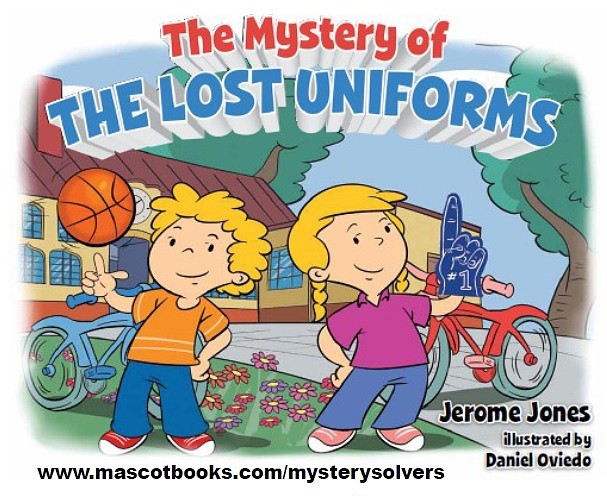 Since it’s set at the beach, Jones said that even kids who aren’t from the area can get into his book. But for Jones, a San Luis Obispo County native, there’s more here to love than the sand and surf.

“The food here is really good,” he said. “The diversity of food and being able to be outside all year long are great to have in the community.”

While Jones splurged on the services of an illustrator for both of his books, he said it could cost an author about $3,000 to $4,000 to self-publish about 500 copies of a hardback book.

At the moment, Jones doesn’t have any future books in the works, nor is he considering leaving the world of children’s literature to pen novels for grown-ups.

“My goal right now is just to sell as many books in the series as possible,” he said. “Right now I just write fun, creative stories, and I get to see the kids’ expression when I’m reading to them, which is really fun.”

Ryah Cooley needs a mystery to solve at rcooley@newtimesslo.com.