During public comment, resident Emily Miggins said that while she doesn't question Munds' qualifications, she didn't understand the path the board of directors took, as there wasn't a public call or a pool of professionals to choose from.

"How many résumés do you have on your desks? In your docket? When you want the best sustainability manager, you seek throughout the state of California or throughout the county," Miggins said. 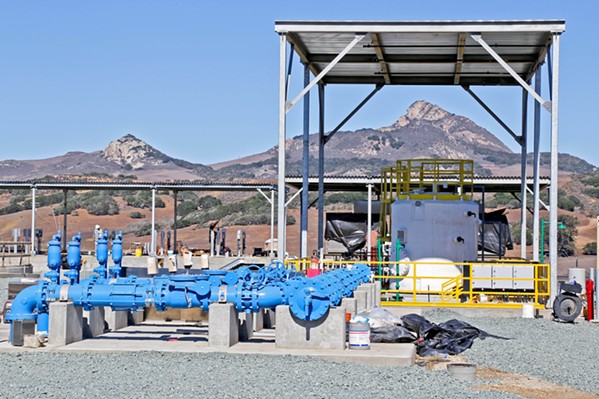 New Times reached out to the board for comment but did not hear back before press time.

Munds will have an annual salary of $150,000 plus standard CalPERS contributions and health insurance. His résumé includes more than 30 years in working with multiple state and local agencies. Munds has also been the county's utility division manger for 26 years. He's a 40-year resident of Los Osos and an active member of the Los Osos Utilities Advisory Committee.

At the district meeting, board President Marshall Ochylski said he believed the district is moving on to the next step.

"I think [Rene Osborne] did a good job of getting us back on track, but I think now we have to start dealing with the water deficiencies, for lack of a better term," Ochylski said.

Grace Environmental Services was hired to manage the community services district after it parted ways with its former general manager, Kathy Kively, who resigned amid allegations that she misappropriated district funds.

The management company put Rene Osborne in charge in October 2016 to assist in the district's financial reporting.

The district's current challenge—after overcoming the hurdle of getting its sewer and wastewater facility up and running—is having enough recycled water to supply the community and other entities. Δ