As she talked about the days following the Category 5 hurricanes that devastated the island of Puerto Rico, Grisel Puig-Snider had to pause to collect herself.

Puig-Snider, a Los Osos resident who was born and raised in the U.S. territory of Puerto Rico, then said that she spent the seven days after the hurricane made landfall trying to find out if her relatives living on the island—siblings, aunts and uncles, several cousins and their children—had survived the catastrophic flooding and 155 mph winds that tore the island apart, killing at least 43 and decimating its infrastructure. 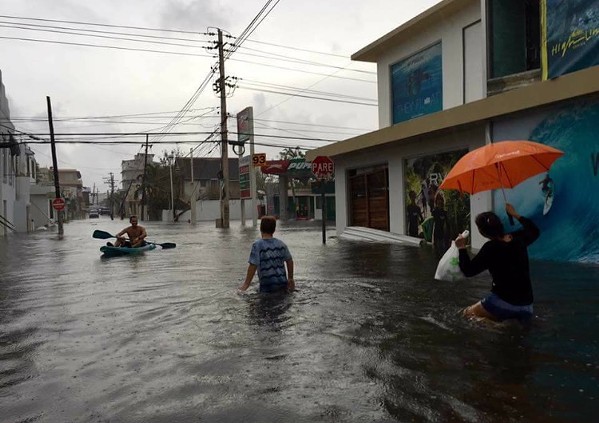 "I felt so helpless," Puig-Snider said. "You think you might possibly lose the people you love, and there's nothing you can do about it. I felt like my hands were tied, and there was nothing I could do."

Phones were useless, but through Facebook, Puig-Snider was able to contact her family members on the island. They were alive, but surviving the storm was just the beginning. From there, things would only get worse.

"When someone tells you they are 'OK' on the island right now, it just means they are alive," she said.

The storm crippled the island. Survivors were left living among the rubble without electricity, clean water, gasoline, and food. Puig-Snider said her family, like many other Puerto Ricans, is simply trying to survive. Each day, they have to decide who will go out looking for fresh water or stand in line for hours to get into grocery stores with nearly empty shelves.

Hurricane Maria made landfall Sept. 20, and the conditions on the island have improved little, Puig-Snider said. According to her family and friends, many on the island still do not have access to food, clean water, money, and medical aid. Emergency response from the federal government has been slow and inadequate, she was told, and aid sent by mail from relatives or nonprofit organizations is stalled in ports and post offices. 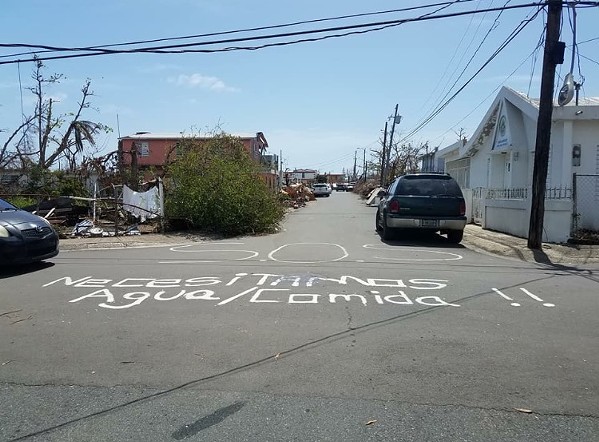 "The lack of response from the White House and FEMA and Congress? It was a travesty. It was inhumane," she said. "These are American citizens."

Puig-Snider believes that exerting political pressure on U.S. elected officials to do more could improve relief efforts in Puerto Rico, but noted that the inhabitants of the island, while they are U.S. citizens, cannot vote in federal elections for the president, leaving them little political leverage in Washington, D.C.

"They are Americans, but they have no voice," she said.

To help give them that voice, Puig-Snider partnered with Women's March SLO to organize a phone bank. She and the organization are seeking volunteers to call members of the House and Senate and other elected officials to demand increased humanitarian aide to Puerto Rico. They will also urge lawmakers to indefinitely suspend the Jones Act, a law that requires goods shipped between American ports to be carried on ships built and operated by Americans, which some advocates and officials claim is hampering getting aid and supplies to those in need on the island.

"American citizens are trapped and dying of thirst, hunger, lack of medical care, and, ultimately, government inefficiency," Dawn Addis, a founding member of Women's March SLO, said in a written statement. "There are not words strong enough to express our horror at the way Puerto Rican citizens are being brushed aside."

The phone bank will take place Oct. 17 from 10 a.m. until noon. A spokeswoman for Woman's March SLO told New Times that 10 people have volunteered to work the phone bank as of Oct. 17.

"Our citizens in Puerto Rico are hardworking, resilient people, and they are doing everything they can in these catastrophic events, but they need help," Puig-Snider said. "They need to know that we are not abandoning them, because they feel abandoned."