Forest management is complicated. There are off highway vehicle users to consider. And environmental advocates. And land-use contracts, horseback riders, backpackers, and resource development revenue. The list goes on and on. 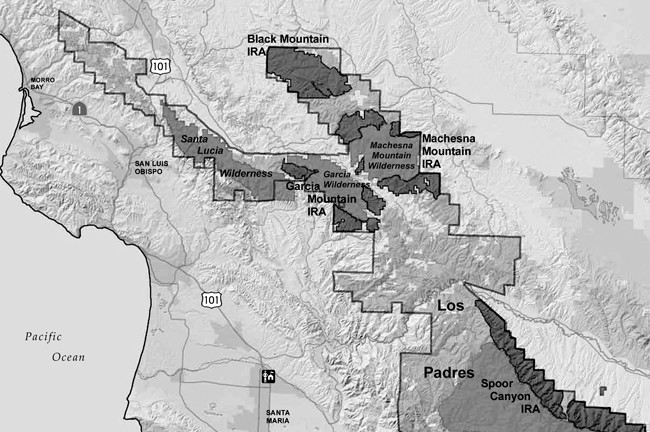 When coming up with a land management plan, the Forest Service has to take the opinion of every one of its users and all of the land’s potential uses into consideration.

“We’re a multi-use agency; we have to manage the land for a variety of uses,” said Los Padres National Forest planner Kyle Kinports. “Trying to find the right balance is basically what our challenge is.”

One of those three choices could strike the right land-use balance and be the way of the forest’s future, which has been up in the air since 2006, when the original land management plan was approved, appealed in a lawsuit, and took a jaunt through the federal court system, ending with a settlement agreement in 2009.

Groups involved in the lawsuit alleged that the land management plan for the Los Padres, San Bernardino, Angeles, and Cleveland national forests didn’t account for all the environmental impacts of certain land-use designations in roadless areas of the forests. The settlement agreement sent the Forest Service back to the zoning table for an amendment to the plan.

The draft plan amendment released in February 2013 is the culmination of that settlement agreement. It maps out new potential land-use designations for the Los Padres, San Bernardino, Angeles, and Cleveland national forests. The last two public meetings on the plan were held on April 9 and 10 for the Los Padres portion. The public comment period ends May 16.

Kinports said he isn’t sure how the meetings went for the three other forests, but hasn’t heard of any major issues thus far. Groups with a vested interest include environmental advocates, ranchers with grazing contracts on forest land, and off-highway vehicle users, according to Bob Hawkins, project manager for the management plan amendment.

Hawkins said the Forest Service held public scoping meetings in 2012, before going ahead with the work on the proposed plan amendment. Based on concerns voiced by the public at those meetings, grazing contracts and off-highway vehicle users shouldn’t be “adversely affected” by any of the proposed alternatives.

The Forest Service is pointing to Alternative 2 as the proposed action based on its analysis, but public comments will ultimately push the final decision in one direction or another.

“We need to protect what we have left,” Kuyper said. “How can you have too much wilderness?”

Los Padres has 10 wilderness areas that encompass almost half of the forest’s acreage, which runs from north of Big Sur to south of Santa Barbara.

Each forest will implement its own section of the plan after the decision is made, but that decision most likely won’t be released until the beginning of 2014. Once the public comments are in, the Forest Service has to slog through them, provide answers for the most pertinent ones, potentially amend the plan accordingly, issue a draft decision, and go through an objection process, which gives the public two to three months to reject the Forest Service’s decision.

If the decision stands, each forest can move ahead with implementing new land management.

The plan can be accessed through the Los Padres National Forest website, fs.usda.gov/lpnf. Until May 16, public comments can be e-mailed to socal_nf_lmp_amendment@fs.fed.us or sent to Cleveland National Forest, 10845 Rancho Bernardo Road, Suite 200, San Diego, CA 92127-2107, Attention: LMP Amendment.

Camillia Lanham is a staff writer at the Sun, New Times’ sister paper to the south. Contact her at clanham@santamariasun.com.