Lucia Mar could increase the price of school lunches

During a report presented at the Jan. 22 district board meeting, Director of Food Services Laurel Goins said the switch to locally sourced foods, an increase in labor costs, and the need to repair and replace equipment is increasing the department's costs. 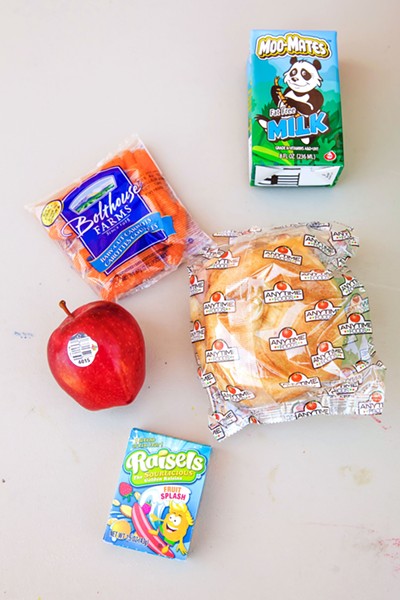 "We've moved away from pressed and shaped meats, so chicken nuggets are out and chicken strips are in. Identifiable things is our goal," Goins said.

The proposal includes increasing the cost of breakfast by 50 cents, raising the price from $1.50 to $2.00.

Lunch would increase by 25 cents—elementary school lunch will go from $2.50 to $2.75, middle school will increase from $2.75 to $3, and high school would increase from $3 to $3.25. Students who participate in the free and reduced lunch programs will not be affected by the proposal.

Chad Robertson, president of the district board of education, said his main concern is the financial stability of the program.

"I think we need to make sure the department stays whole, and the last thing we would want to do is increase, even though it's so nominal, but increase the cost to students if we can avoid it at all," Robertson said.

According to district staff, there is a possibility that the Food Services department's budget could encroach upon the district's general fund next year.

School meals have changed dramatically over the last two years as the department has shifted its focus to serving locally sourced and freshly prepared foods. It's partnered with local farms and producers, including Mallard Lake Ranch, Green Gold Organic Farms, and Edna's Bakery.

"It takes healthy bellies for healthy minds to produce healthy results, and it's a fact, healthy food is expensive," Robertson said.

The board moved to accept the report and bring it back for consideration with more information about its financial standing. Δ